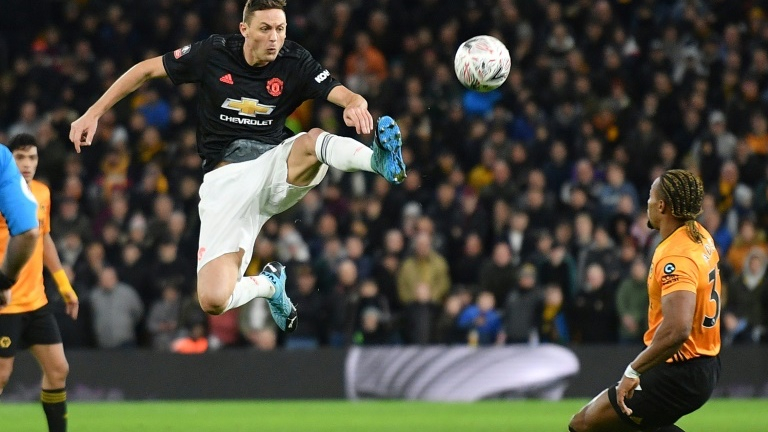 Man United's Nemanja Matic (C) in action during their FA Cup third round clash with Wolves on January 4, 2020. (Photos: CGTN)

Spluttering Manchester United were forced to settle for a dour 0-0 draw at Wolves in the FA Cup third round, while holders Manchester City started their bid to retain the trophy with a 4-1 victory against Port Vale on Saturday.

Ole Gunnar Solskjaer's troubled side didn't manage a single shot on target in a domestic game for the first time in five years.

Easily beaten by Arsenal in the Premier League on Wednesday, United once again struggled to find any momentum and now face an unwanted replay at Old Trafford later in January.

Defending the latest in a growing list of underwhelming displays, Solskjaer said: "I'm happier to be in the replay than going out. It's a fair result that we are both still in the cup.

"It's a tough place to come. They had chances. Sergio Romero made some great saves. He's putting pressure on David de Gea and that's what we want. We want the best players in the world here."

Solskjaer made seven changes at Molineux with the League Cup semi-final first leg against Manchester City looming on Tuesday.

Knocked out by Wolves in the FA Cup quarter-finals last season, disjointed United nearly fell behind when Matt Doherty's volley was superbly turned away by Romero.

Brandon Williams had a strong penalty appeal rejected by VAR after the United left-back tumbled following a challenge with Leander Dendoncker.

United substitute Marcus Rashford hit the bar with his first touch, but Wolves nearly won it in the closing moments as Raul Jimenez smashed against a post, leaving Solskjaer's men with just two wins from their last five matches. 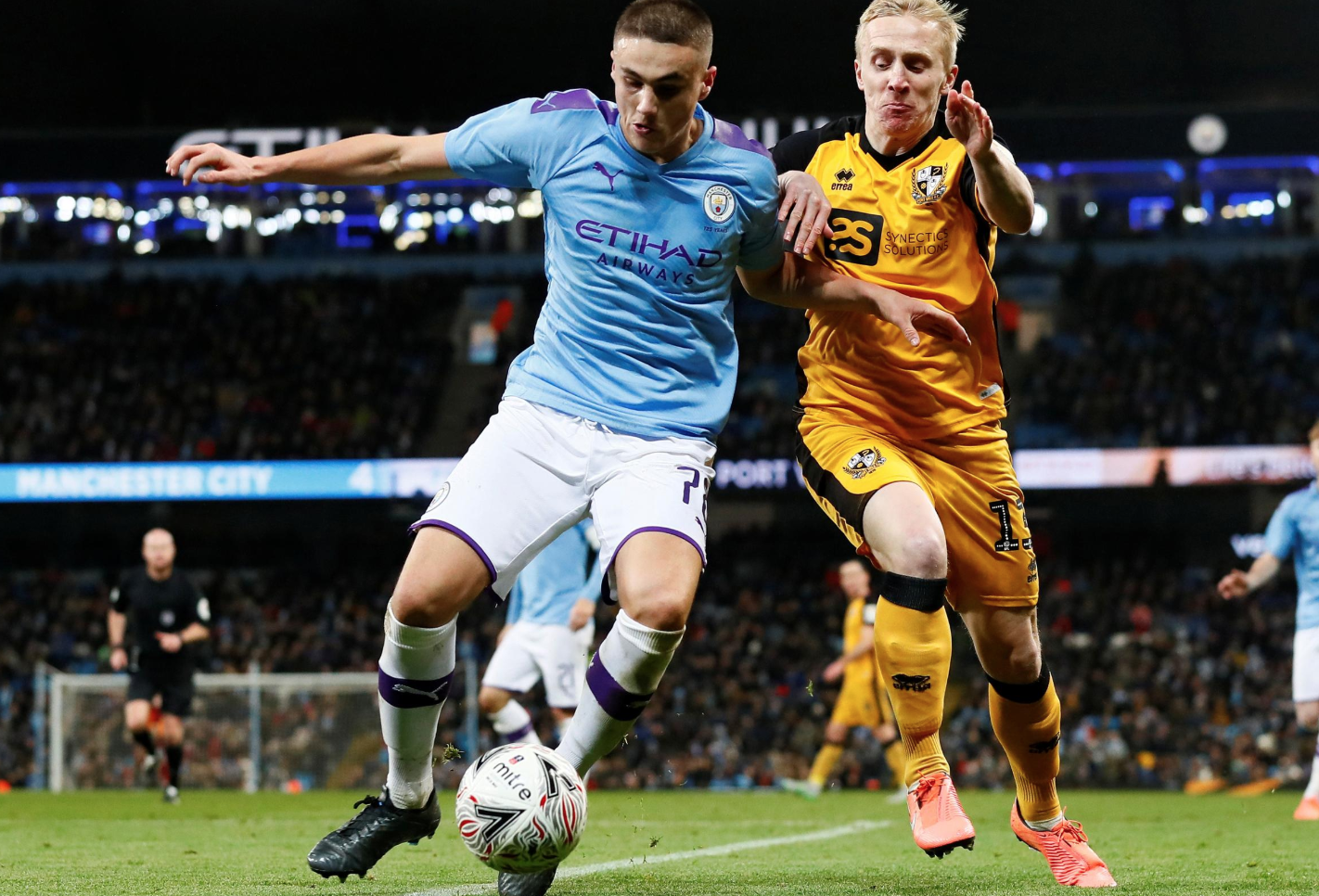 At the Etihad Stadium, City boss Pep Guardiola made seven changes, but Oleksandr Zinchenko got the scoring started against fourth-tier Vale after 20 minutes.

Port Vale striker Tom Pope had memorably mocked John Stones last year, claiming he would love to play against him after being underwhelmed by the City defender's performance during an England match.

And with Stones returning for City after a month out with a hamstring injury, the 34-year-old Pope backed up his social media taunts by equalizing with a glancing header in the 35th minute.

Sergio Aguero restored order when he fired City back in front with his 15th goal of the season three minutes before half-time.

Taylor Harwood-Bellis sealed the win from Stones' flick in the 58th minute and Phil Foden got the fourth in the 76th minute.

"We are in the next round after an incredible amount of games. We played seriously. First half we struggled a bit but second half was better," Guardiola said.

Aston Villa and Brighton suffered embarrassing exits as the Premier League clubs paid the price for making a raft of team changes.

Villa are languishing just above the relegation zone after a difficult first season back in the top-flight and boss Dean Smith prioritized that survival battle with nine changes in the 2-1 loss at second tier Fulham. 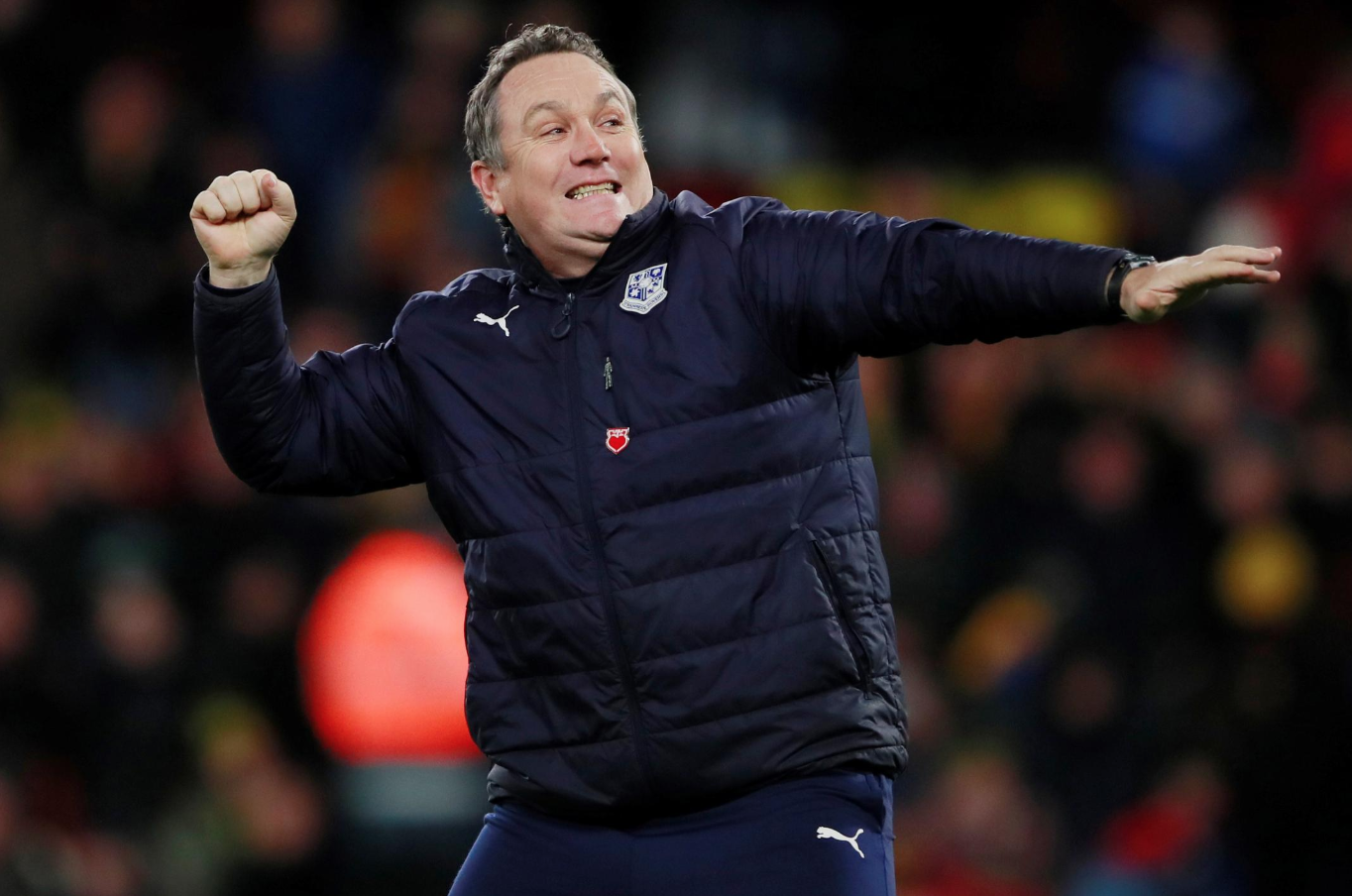 Tranmere Rovers manager Micky Mellon celebrates after the match against Watford on January 4, 2020.

Anthony Knockaert gave Fulham the lead with a 54th minute curler as the former Brighton forward grabbed his first goal since September.

Anwar El Ghazi equalized for Villa in the 63rd minute, but the understudies couldn't hold on as Harry Arter won it with a 30-yard thunderbolt with 16 minutes left.

"The game was won by two wonder-goals," Smith said. "I don't like losing in any competition, but everyone could see this wasn't top of our priority list, because we have had injuries to three key players."

Brighton endured the same fate as Villa as Albion boss Graham Potter made seven changes from their New Year's Day draw against Chelsea and second tier Sheffield Wednesday took advantage with a 1-0 win at the Amex Stadium.

Adam Reach blasted Wednesday into the fourth round with a deflected long-range strike in the 65th minute.

Watford blew a three-goal lead in a dramatic 3-3 draw against third-tier strugglers Tranmere, while Newcastle were held to a 1-1 draw by League One minnows Rochdale.