SPORTS Man Utd and Liverpool accused of 'blackmail' over Thiago

Man Utd and Liverpool accused of 'blackmail' over Thiago 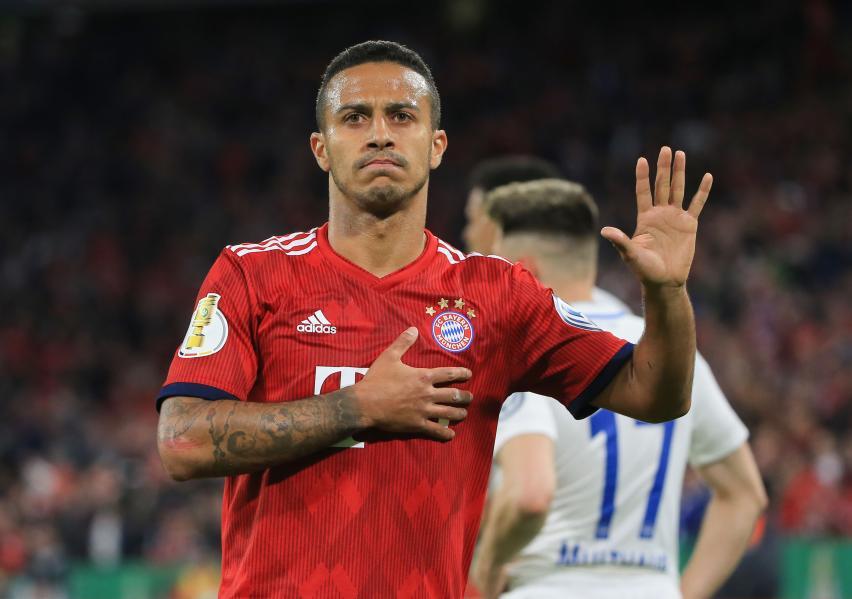 Ahead of the Bavarian's first league game of the season this Friday evening against the FC Schalke 04, its staffing plans have stalled.

While coach Hansi Flick is demanding that gaps are closed quickly in his team to ensure a successful 2020/2021 season, the former president accuses Liverpool and Manchester United of trying to blackmail the club.

The former German international said that Premier League clubs are trying to take advantage of the extended transfer window due to the COVID-19 pandemic: "We are ahead of a nerve-racking three weeks until the window closes on October 5."

With Thiago having announced to leave despite his contract running for one more year, Hoeness assumes the player's new port of call is trying to wait until the last minute and place a cheap offer. "This is incongruous," he added.

But it's not only Thiago's poker game that is causing unrest.

Media reports speak of a 25-million-euro demand per season in a five-year contract for the 28-year-old center-back aside of Zahavi insisting on a 20-million-euro reward for himself.

Hoeness said no Bayern player would be rewarded beyond the best earners Manuel Neuer and Robert Lewandowski.

Several weeks ago, Bayern made an offer below Alaba's requirement. The "Sueddeutsche" newspaper indicated that the current salary structure might cause trouble as defender Lucas Hernandez is above Alaba's level.

Hoeness indicated Bayern is ready to go the hard way and keep both performers, risking to lose them after this season without a transfer fee. Bayern is demanding 30 million euros for Thiago.

Despite Hoeness's threats, Bayern seem stuck in a tricky situation as both Alaba and Thiago might cause new unrest over the upcoming season. On the other hand, the Bavarian's need to organize a well-oiled squad and gain income to sign new faces.

Flick demands a back-up for right-back Benjamin Pavard, a replacement for Thiago, and an additional winger after on-loan-Ivan Perisic has returned to Inter.

After having paid 50 million euros for Leroy Sane, joining in from Manchester City, Bayern announced to count on their talents. Flick's statements although indicate, the coach isn't overly happy about the ongoing poker-games.

The 55-year-old manager claims additional playing staff is inevitable having to play a challenging season providing more week games than ever before in all competitions.

Flick claims only to have 16 quality players, including the trouble-causing cases.

"We need to give our talents the space to get minutes on the pitch," Hoeness replied.

Having to accept the circumstances, Flick is forced to start into the season with an incomplete squad.

"We have lost quality with Ivan Perisic and Philippe Coutinho and need to replace that to face this season's challenges," Flick said.