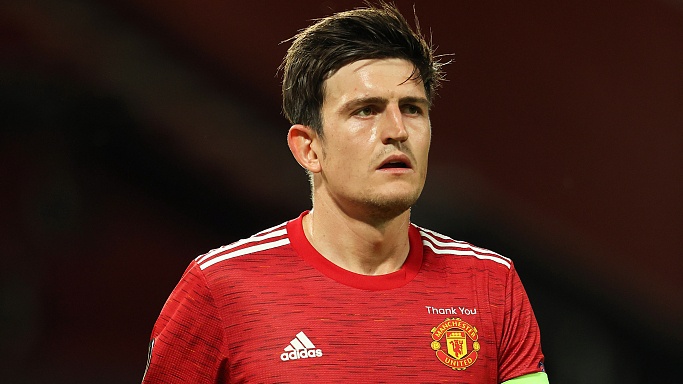 Harry Maguire of Manchester United during the UEFA Europa League round of 16 second leg match against LASK in Manchester, UK, March 19, 2020. (Photo: VCG)

England and Manchester United defender Harry Maguire was handed a suspended sentence of 21 months and 10 days by a Greek court on Tuesday after he was found guilty of multiple charges following a brawl on the island of Mykonos last Thursday.

Court officials said he had been found guilty of repeated bodily harm, attempted bribery, violence against public employees and insult after his arrest in Mykonos.

The 27-year-old England international was one of three people arrested on Thursday after an altercation with police.

"Following the hearing today, I have instructed my legal team with immediate effect to inform the courts we will be appealing," Maguire said in a statement.

"I remain strong and confident regarding our innocence in this matter - if anything myself, family and friends are the victims." 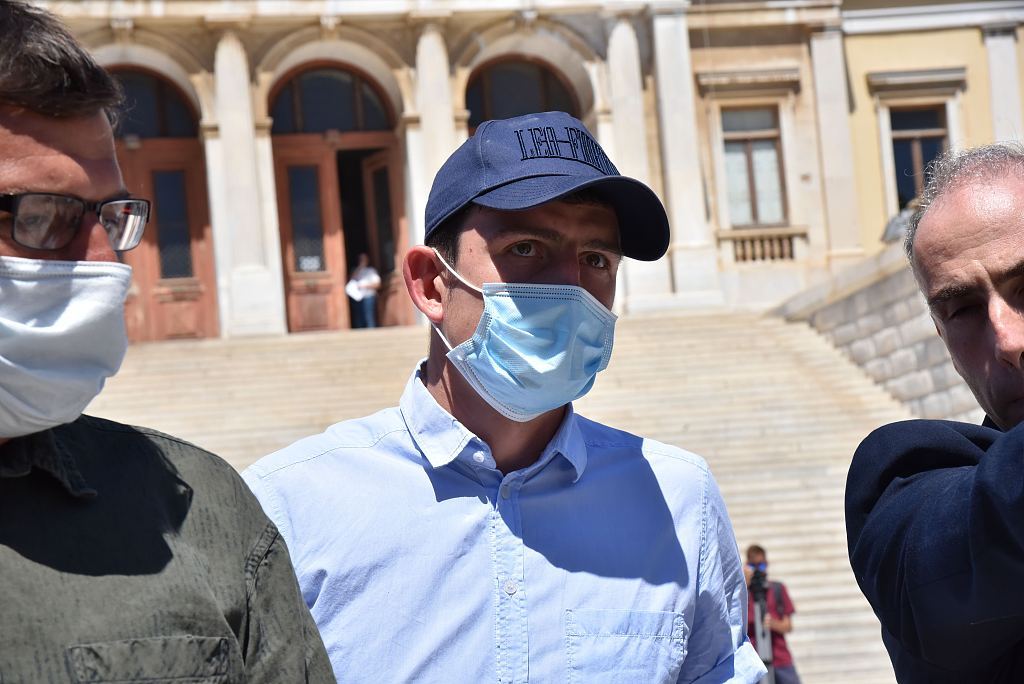 Harry Maguire (C) leaves a court in Syros where he was arrested on suspicion of assault after a fight at a bar in Mykonos, Greece, August 22, 2020. (Photo: VCG)

Following the hearing, England coach Gareth Southgate withdrew Maguire from his squad for next month's Nations League matches against Iceland and Denmark.

"As I said earlier today, I reserved the right to review the situation," Southgate, who had initially selected the center-back in his 24-man squad, said in a statement.

"Having spoken to Manchester United and the player, I have made this decision in the best interests of all parties and with consideration of the impact on our preparations for next week."

Maguire was arrested, along with brother Joe and friend Christopher Sharman, on Thursday night after a brawl in which two police officers were allegedly assaulted on Mykonos.

"What the policemen, who are the victims, are still waiting for is a simple apology from a man who says that he is a champion," Ioannis Iakovos Paradisis, the lawyer who represented the police officers, told Reuters.

Both were sentenced to 13 months in prison, suspended for three years. All three men had denied the charges against them.