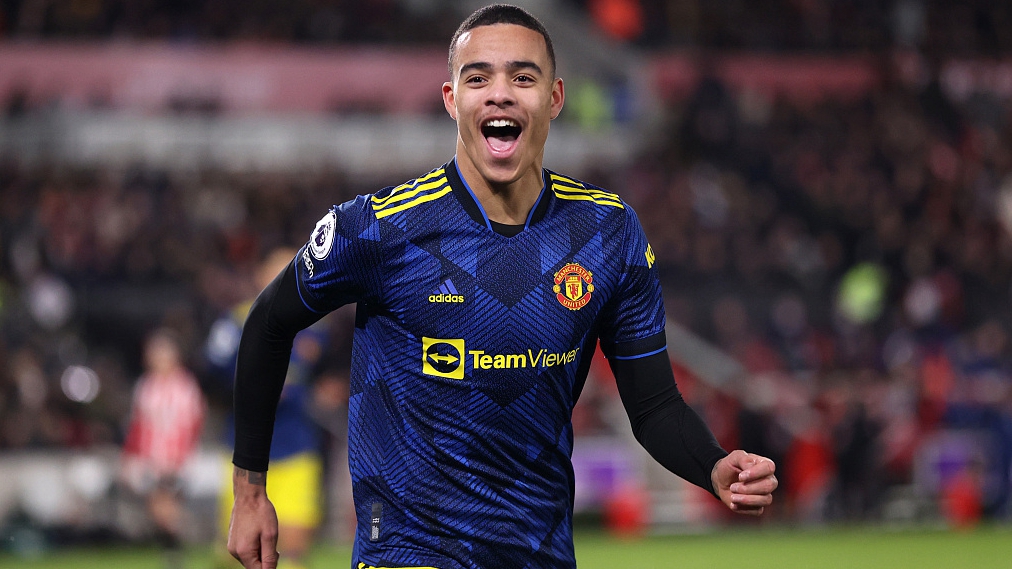 Mason Greenwood of Manchester United scores a goal during their clash with Brentford at Brentford Community Stadium in Brentford, England, January 19, 2022. (Photo: CFP)

Manchester United star Mason Greenwood was remanded in custody on Monday after appearing in court charged with attempted rape, controlling and coercive behavior, and assault.

The 21-year-old forward looked at his family from the dock before he was taken down the steps at Manchester Magistrates Court. All three charges relate to the same woman.

Greenwood was first held in January over allegations relating to a young woman after images and videos were posted online. He had been on bail since but was arrested on Saturday for an alleged breach of conditions.

Members of Greenwood's family sat in the public gallery in the small courtroom, along with members of the press.

Wearing a grey hooded Nike top and grey jogging bottoms and flanked by two dock officers, the footballer spoke only to confirm his name, date of birth and address. The attempted rape is alleged to have taken place in October 2021. 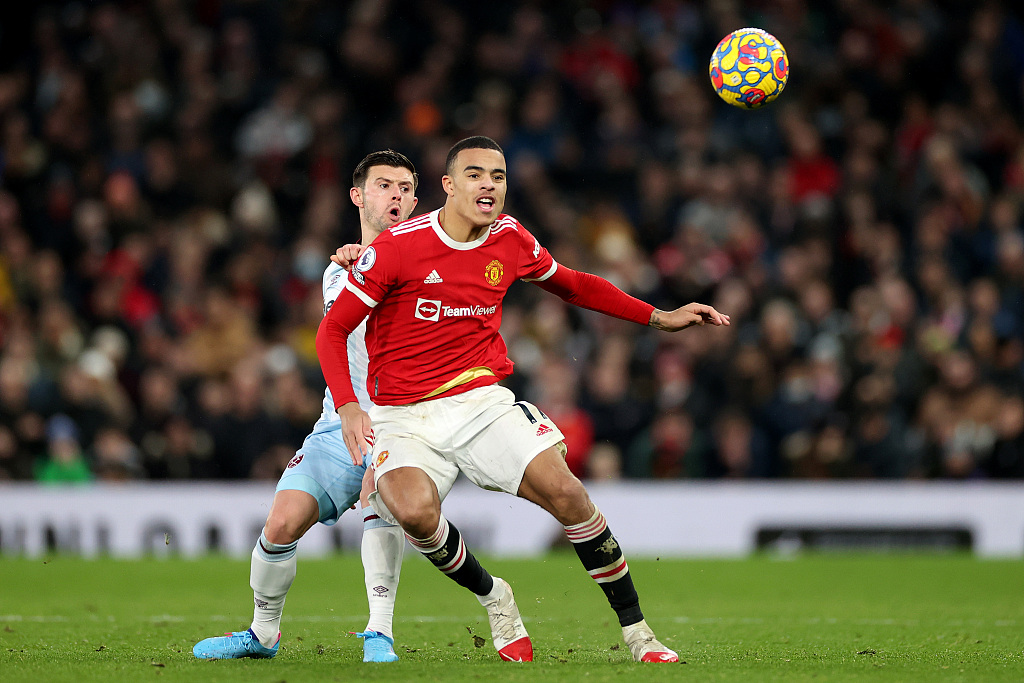 The controlling and coercive behavior relates to a period between November 2018 and October this year. He is alleged to have made threatening and derogatory comments towards the complainant, as well as accessing and monitoring her social media accounts.

Within hours of the allegations surfacing online at the beginning of the year, Greenwood, who has made one appearance for England, was suspended from playing or training with Manchester United.

Nike suspended and later terminated its sponsorship deal with the player, while Electronic Arts confirmed his removal from active squads on its FIFA 22 game.

Greenwood will appear before a crown court in Manchester on November 21. The defendant's legal team told reporters they would be submitting a further application for bail.

A product of the United academy, Greenwood has played 129 times for United, scoring 35 goals. He signed a new deal in February 2021, keeping him at Old Trafford at least until 2025.

He made his England debut against Iceland in September 2020, but he and Manchester City midfielder Phil Foden were sent home after a breach of the team's coronavirus guidelines.