Manny Pacquiao to return in July, fighting either Mikey Garcia or Errol Spence 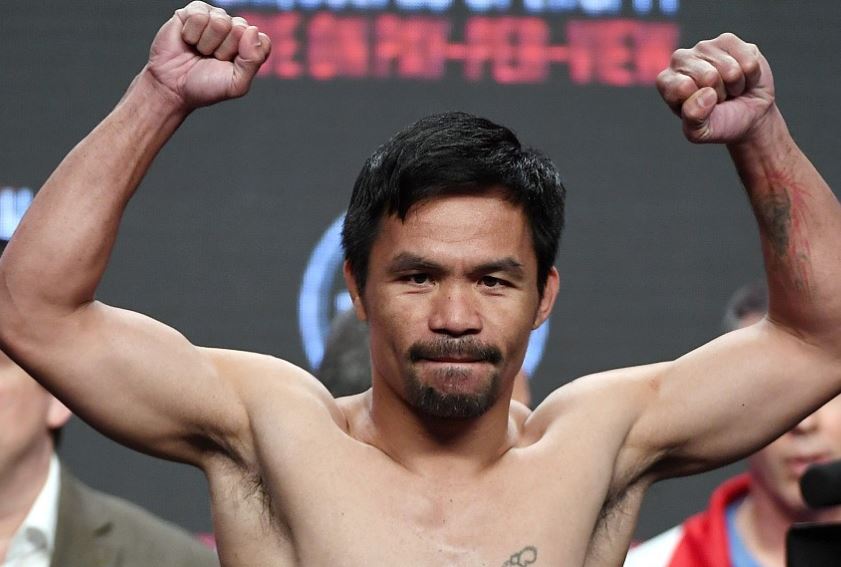 Manny Pacquiao poses on the scale during his official weigh-in at the MGM Grand Garden Arena in Las Vegas, Nevada, July 19, 2019. (Photo: VCG)

Manny Pacquiao, the world's one and only boxing champion in eight divisions, on Thursday announced his decision to return to the ring in July.

"My plan is to get back into the ring this coming July, second or third week in July. Training should start in April, May, June. We have enough time," said Pacquiao to Philippines broadcaster ANC.

The only question that attracts more attention than when Pacquiao will return is who he will face in the next fight. Pacquiao's answer to that is: Mikey Garcia or Errol Spence.

The last time Pacquiao stood in the ring, the 40-year-old floored 31-year-old Keith Thurman in the opening stanza in August, 2019. It will definitely take someone special to convince the Philippine senator to wave his punches again.

Last year, Spence defeated Shawn Porter in 12 rounds but after that, he suffered a horrible car accident. Though Spence survived and is reportedly back to training, there's no telling if he's 100 percent recovered or ready to attend a fight.

"My assessment is Spence is the kind of boxer who can move, a slugger. If we're going to fight, I need to focus on strategy, hand speed, footwork," said Pacquiao.

By contrast, Garcia is no mystery at all. He just beat Jessie Vargas in a 12-rounder last week. Resilience and counter-punching are his brands.

"Mikey Garcia is a brawler, aggressive. He's got different techniques also, so we need to practice and apply on that fight," said Pacquiao.