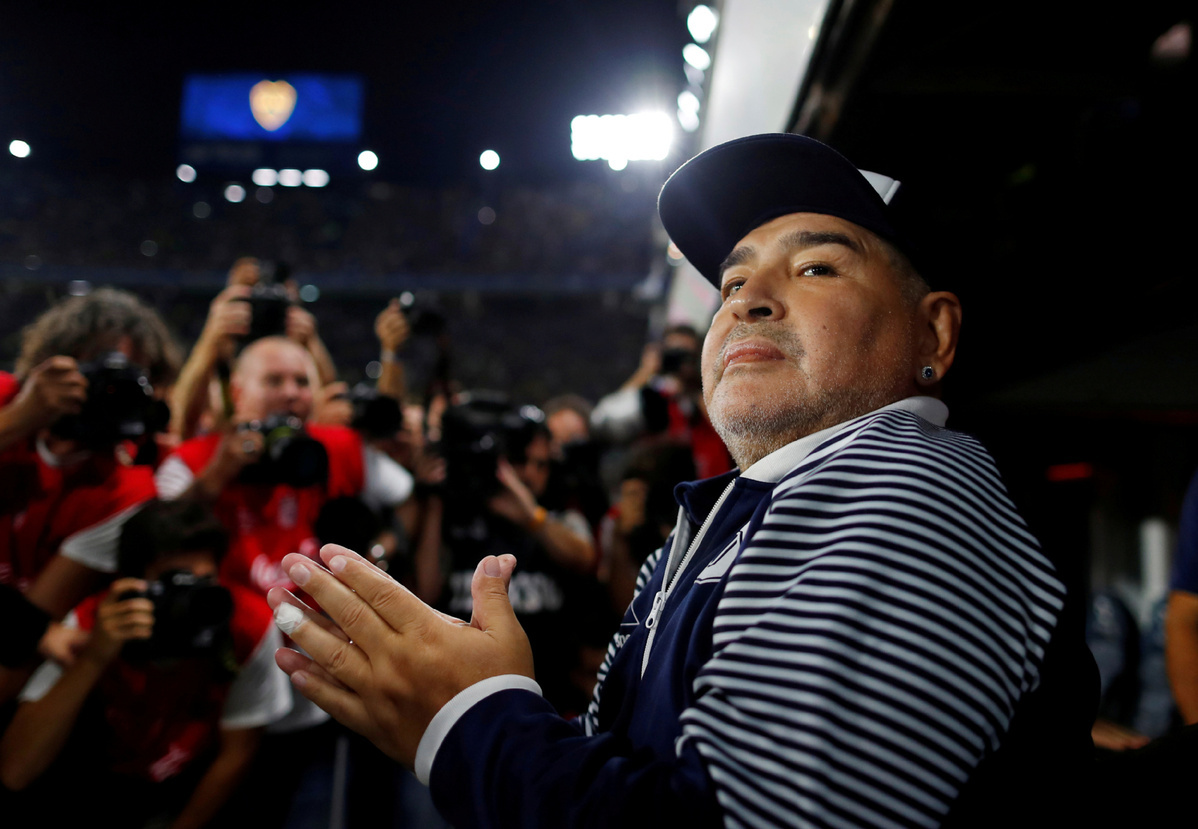 The Argentinian Football Association (AFA) confirmed the move on Tuesday as it canceled the rest of the top flight season amid the ongoing coronavirus pandemic.

The move spares Gimnasia from an almost certain drop to the second division.

"It's not the end that we would have wanted, but it's a good decision," the 1986 World Cup winner told Argentinian newspaper Clarin.

"We were convinced that we were going to avoid relegation anyway. But this is reward for a group that has given everything for this club."

Gimnasia needed a strong showing in the Superliga Cup to have any chance or remaining in the top tier under Argentina's complex promotion-relegation system that considers results over a three-year cycle. The Cup competition was aborted last month after just one round.