SPORTS Marcus Smart announces he has recovered from COVID-19

Marcus Smart announces he has recovered from COVID-19 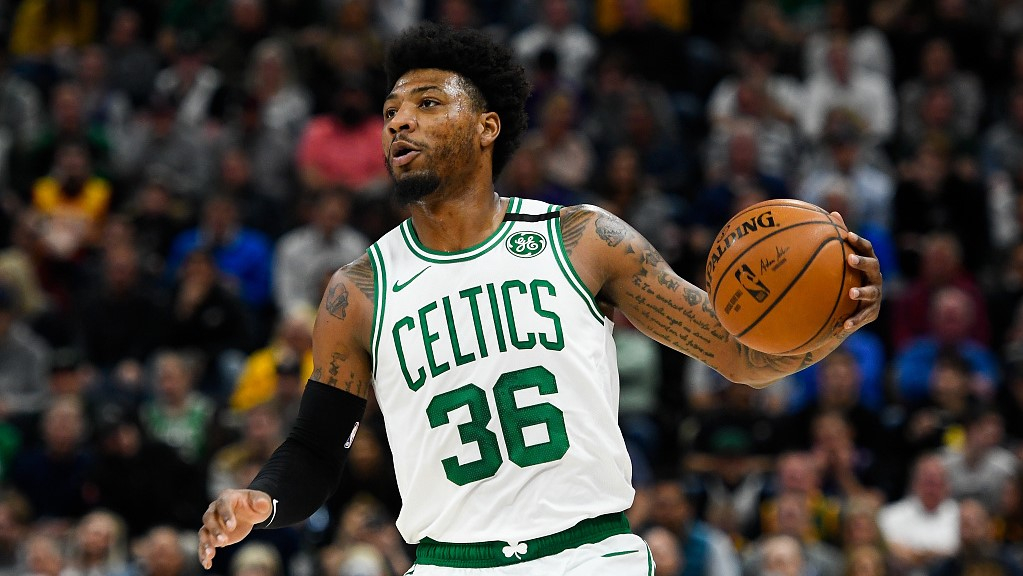 Marcus Smart of the Boston Celtics handles the ball in the game against the Utah Jazz at the Vivint Smart Home Arena in Salt Lake City, Utah, February 26, 2020. /VCG

The fourth NBA player to recover from COVID-19 is Marcus Smart of the Boston Celtics. He announced on Twitter on Sunday that he has fully recovered from the disease.

"Corona Free as of two days ago. Cleared by Mass Dept of Health. Thanks for everyone's thoughts and prayers and I'm doing the same for everyone that's been effected by this. Stay safe and stay together – apart! Much love!" wrote Smart.

Before the 2019-20 NBA regular season was suspended, Smart played 53 games for the Celtics and averaged 13.5 points, 3.8 rebounds, 4.8 assists and 1.6 steals per game. As a top back-court defender of the league, Smart achieved remarkable improvement with his shooting this season – he could bury 2.4 shots from downtown at a 3-point rate of 34.8 percent.

From L to R: Rudy Gobert, Donovan Mitchell of the Utah Jazz, Marcus Smart of the Boston Celtics and Christian Wood of the Detroit Pistons. /VCG

Each of the four recovered players took different amounts of time to get rid of the virus: 12 days for Christian Wood of the Detroit Pistons, 16 days for Rudy Gobert of the Utah Jazz, 15 days for his teammate Donovan Mitchell and nine days for Smart. Of course their samples are still too small to reach any conclusion.