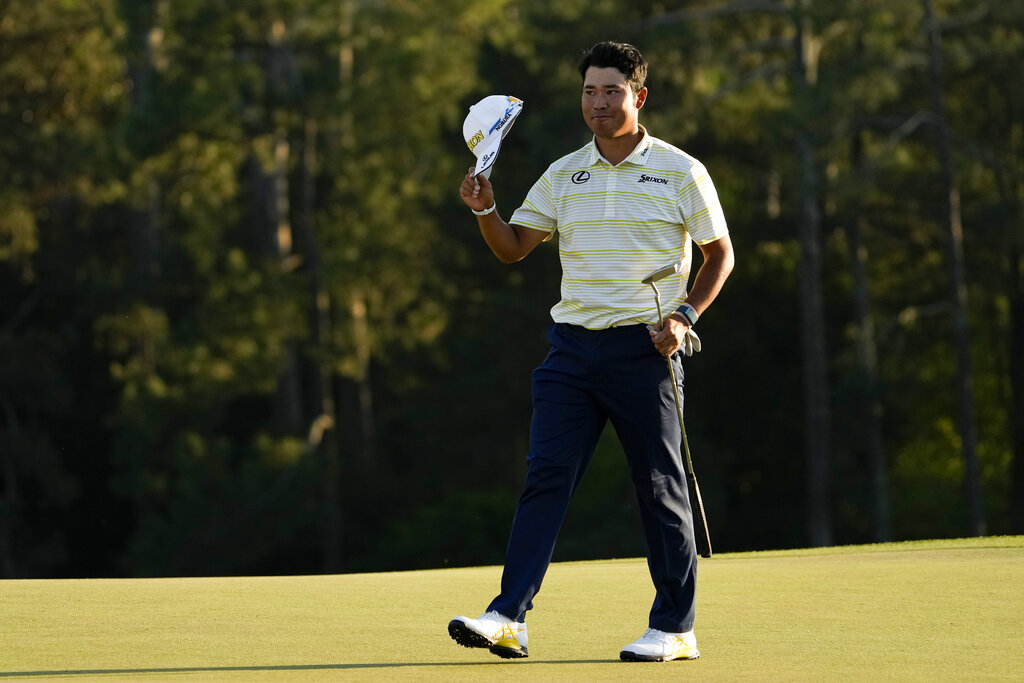 Hideki Matsuyama delivered golf-mad Japan the grandest and greenest prize of all.

Ten years after Matsuyama made a sterling debut as the best amateur at Augusta National, he claimed the ultimate trophy Sunday with a victory in the Masters to become the first Japanese winner of the green jacket.

Matsuyama closed with a 1-over 73 and a one-shot victory that was only close at the end, and never seriously in doubt after Xander Schauffele's late charge ended with a triple bogey on the par-3 16th.

Moments before Dustin Johnson helped him into the green jacket, Matsuyama needed no interpreter in Butler Cabin when he said in English, “I'm really happy.”

So masterful was this performance that Matsuyama stretched his lead to six shots on the back nine until a few moments of drama. With a four-shot lead, he went for the green in two on the par-5 15th and it bounded hard off the back slope and into the pond on the 16th hole.

Matsuyama did well to walk away with bogey, and with Schauffele making a fourth straight birdie, the lead was down to two shots with three to play.

The next swing all but ended it. Schauffele's tee shot on the par-3 16th bounced of the hill and dribbled into the pond. His third shot from the drop area went into the gallery. He wound up with a triple-bogey 6.

Never mind that Matsuyama bogeyed three of his last four holes. All that mattered was that uphill walk to the 18th green, needing only to blast out of the bunker and take two putts for the victory.

That's what he did, a final bogey for a one-shot victory over 24-year-old Masters rookie Will Zalatoris, who closed with a 70 and stayed on the practice range just in case of a playoff.

Matsuyama finished at 10-under 278 for his 15th victory worldwide, and his sixth on the PGA Tour.

He becomes the second man from an Asian country to win a major. Y.E. Yang of South Korea won the 2009 PGA Championship at Hazeltine over Tiger Woods.