Elise Mertens and Aryna Sabalenka have won the Australian Open women’s doubles final to collect a second Grand Slam title as a team. 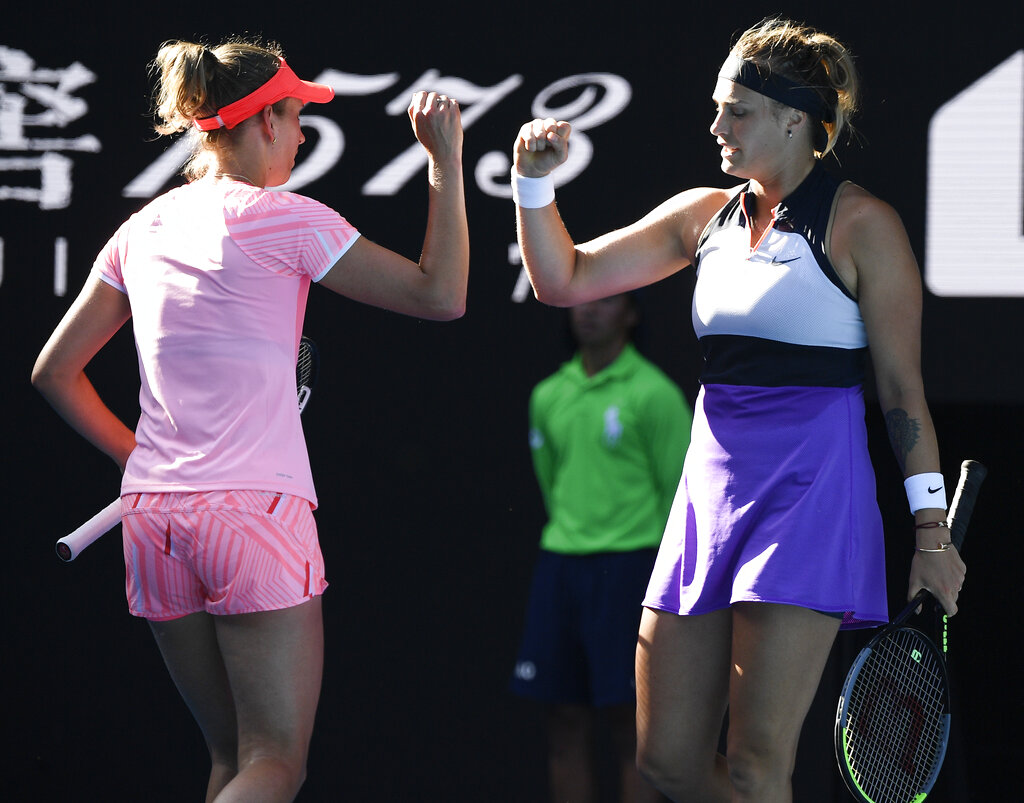 Belgium's Elise Mertens, left, and Aryna Sabalenka of Belarus gesture as they play against Barbora Krejcikova and Katerina Siniakova of the Czech Republic during the women's doubles final at the Australian Open tennis championship in Melbourne, Australia, Friday, Feb. 19, 2021. (Photo: AP)

Mertens of Belgium and Sabalenka of Belarus had a 6-2, 6-3 win over the third-seeded Czech team of Barbora Krejcikova and Katerina Siniakova.

Sabalenka is a Top 10 player and is increasingly focusing on singles events.

Krejcikova and Siniakova won the Wimbledon and French Open titles in 2018.

Krejcikova has another chance at a title in Australia after securing a spot in the mixed doubles final.