Lionel Messi was among the Argentina players and coaches who paid tribute to Diego Maradona in a statue unveiling ceremony before their World Cup qualifier on Thursday against Chile. 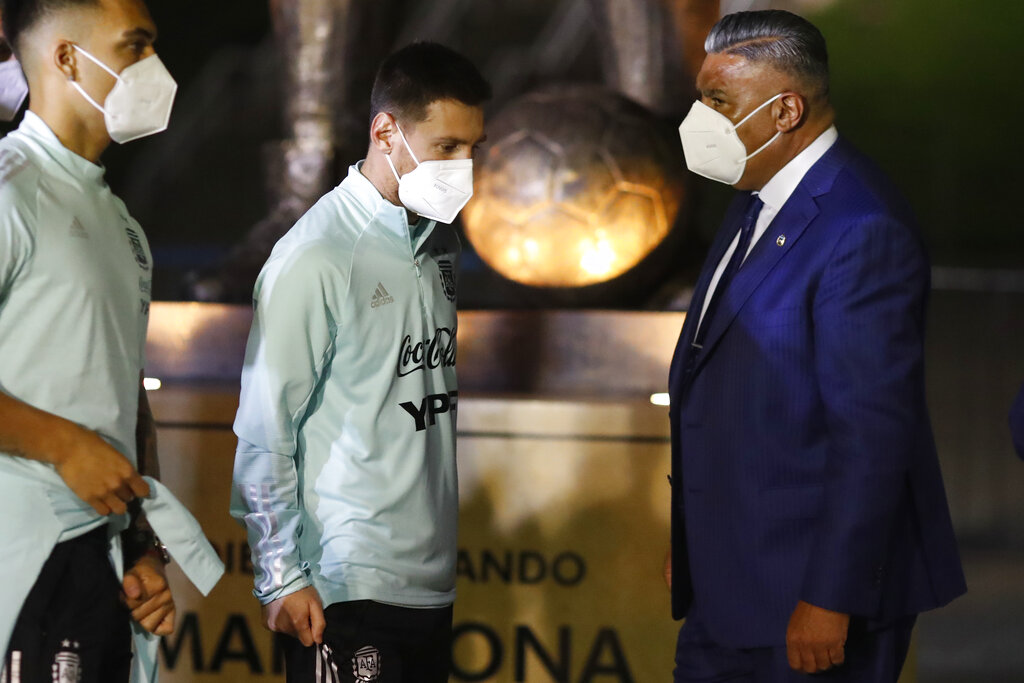 Maradona died on Nov. 25 in Buenos Aires after cardiac arrest. He was 60.

Days later, Messi paid his respects by celebrating a goal for Barcelona with the shirt of Argentine club Newell’s Old Boys, where the 1986 World Cup winner had also played.

Messi, his teammates and coach Lionel Scaloni watched the unveiling of a bronze statue of the soccer great at the Único Madres de Ciudades stadium, in Santiago del Estero.

The statue depicts a defiant Maradona, hand on his waist and a ball at his feet. An inscription on it reads "Diego Maradona, 1960-2020” and a symbol representing infinity.