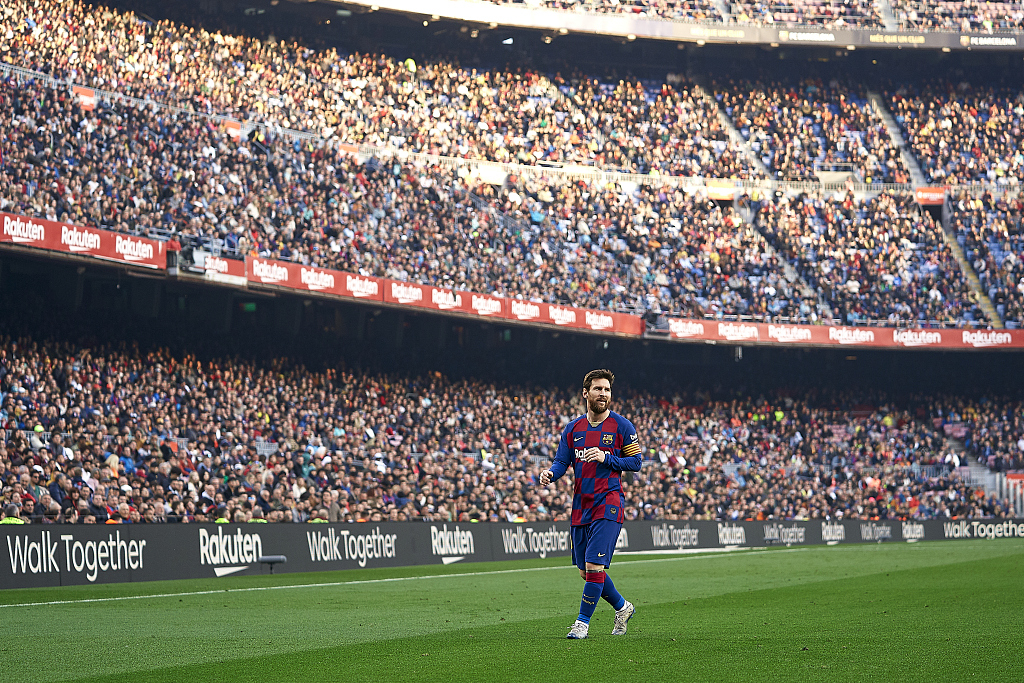 Lionel Messi is the "greatest" footballer of all time, ahead of even Diego Maradona, Napoli coach Gennaro Gattuso said on Monday ahead of his side's Champions League clash with Barcelona.

The 32-year-old Messi scored four goals at the weekend in Barcelona's 5-0 win over Eibar and has now been involved in more than 1,000 goals in his career, scoring 696 and assisting another 306.

"He's the greatest and an example for everyone," said Gattuso ahead of the sides' last-16 first leg on Tuesday. 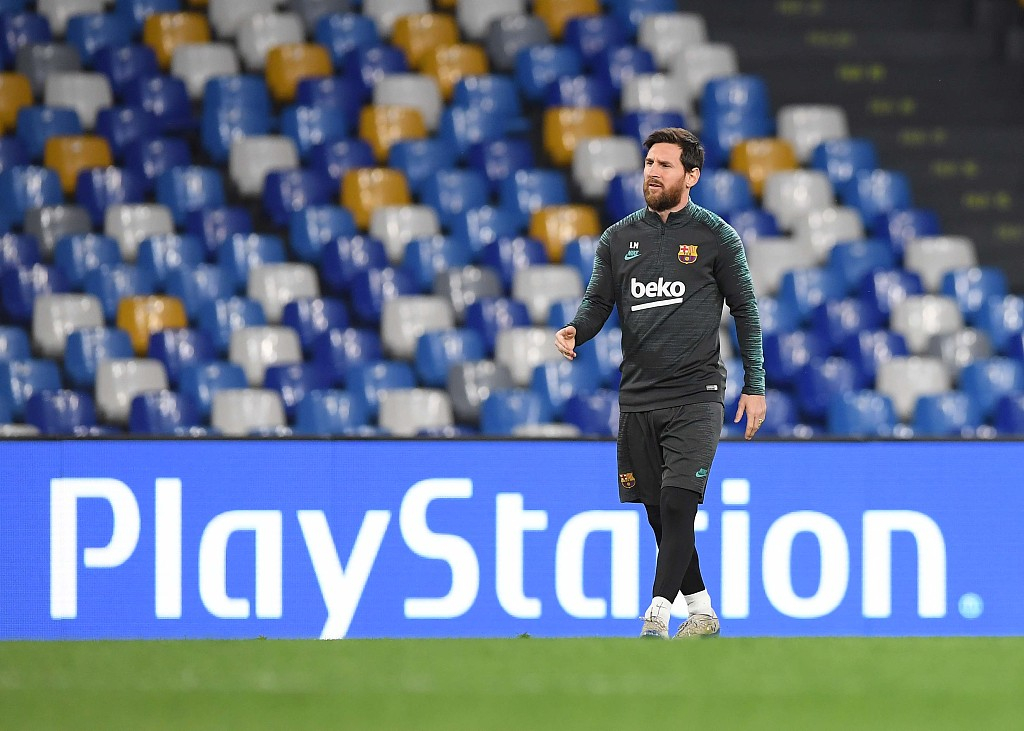 Lionel Messi of Barcelona walks on the pitch during a training session in Naples, Italy, February 24, 2020.

"He never says anything inappropriate. He does things that only exist on the Playstation, unthinkable things.

"But I saw him (Maradona) on VHS (video home system), or DVD. I never saw him up close, at a stadium.

"I know the champion he was and I know I missed something wonderful. I regret it. Today I see Messi doing things that Maradona was doing." 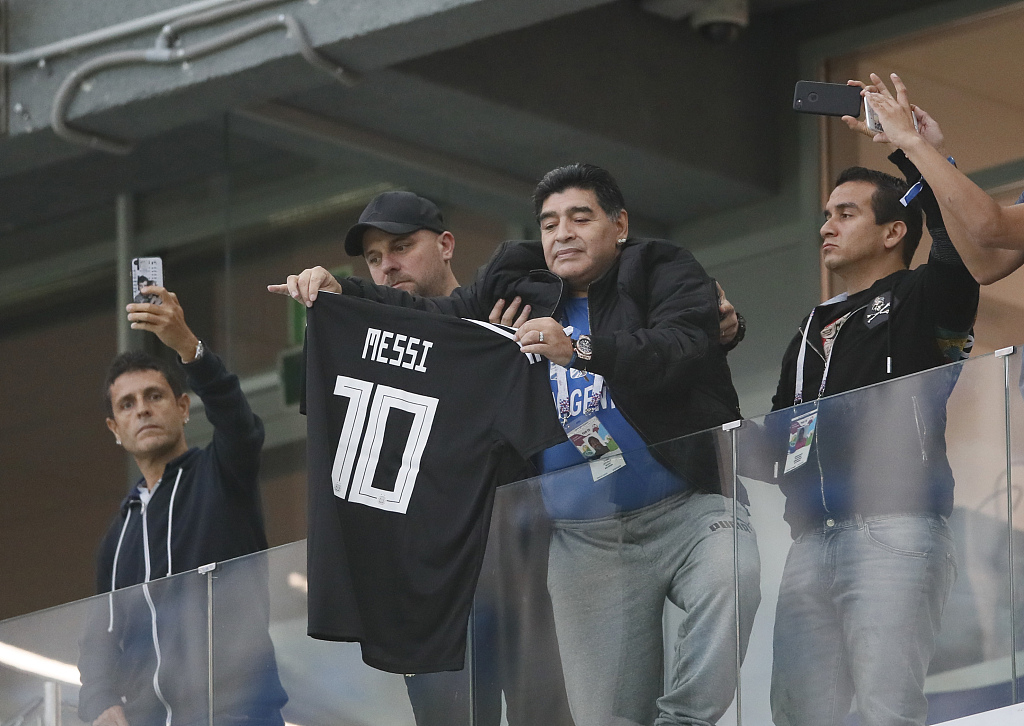 Maradona has even declared Messi his own successor.

During an interview with Argentine TyC Sports last August, Diego Maradona praised Messi for what he said and did for Argentina.

"I thought he was Messi Maradona. I saw him more rebellious. He said what he felt and he won on the pitch without anyone gifting him any match." 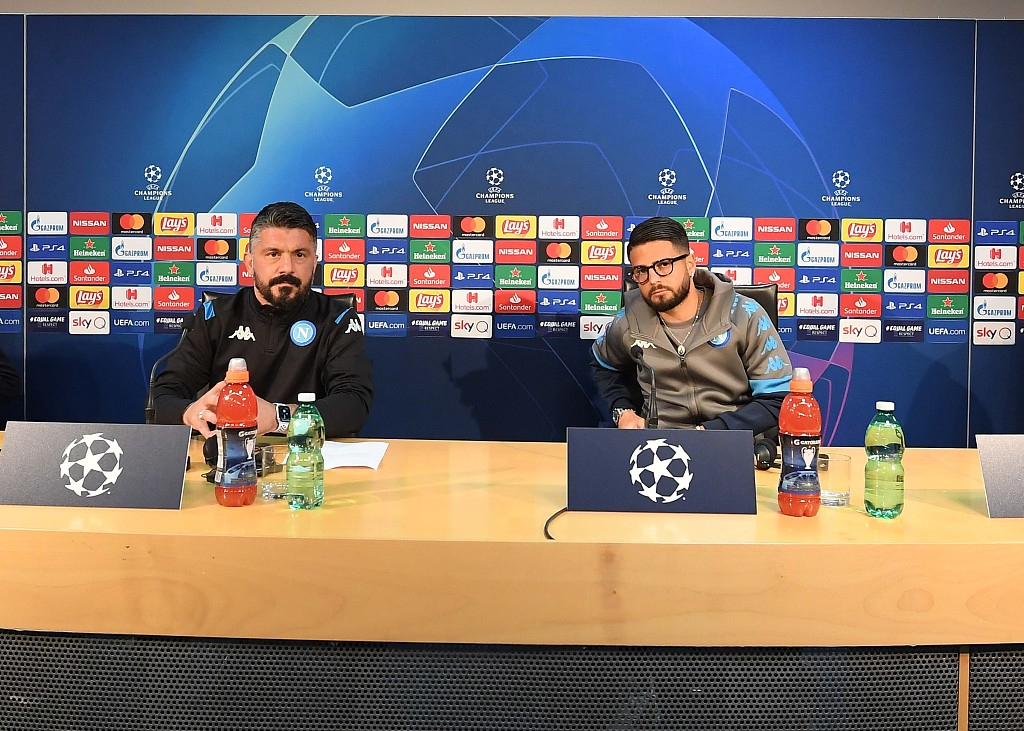 Napoli captain Lorenzo Insigne was not so keen to accept that Messi has reached greater heights than 1986 World Cup winner Maradona.

"Messi is the best in the world today," said Insigne. "But for us Neapolitans, Maradona is everything and I don't want to compare them. Maradona is sacred."

But Insigne and Gattuso agreed that their team have to be careful not to focus only on trying to stop Messi.

"We have to be careful with their whole team, because it's not just Messi," said Gattuso.

Napoli are enjoying a recent upturn in form after a dreadful start to the Serie A season which culminated in the sacking of Carlo Ancelotti following a 4-0 win over Genk that sent them into the Champions League knockout stage.

Last season's Serie A runners-up have won six of their last seven games.

"I want a Napoli side that are not afraid," added Gattuso.

"I want to see a team that knows how to battle... You need to stand up to Barcelona -- you can't worry.

"I want to see a lively team that plays with joy until the end. Can Napoli win the Champions League? Never say never."

It is the first time Napoli have reached the knockout rounds since a last-16 loss to Real Madrid in 2017, while Barcelona are bidding to make the quarterfinals for a 13th consecutive season.