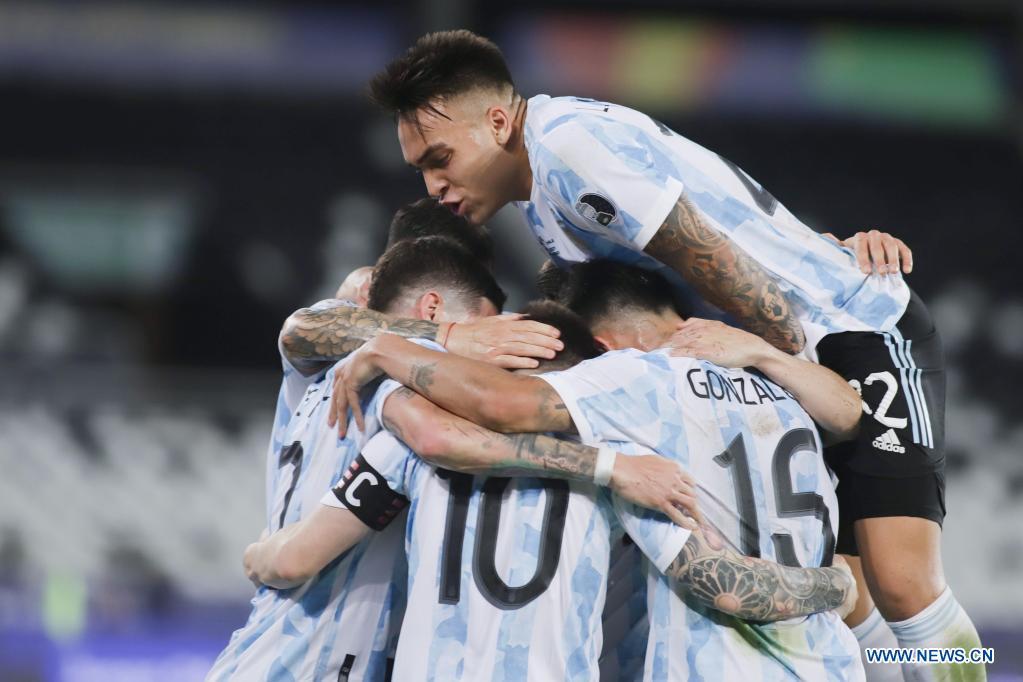 Players of Argentina celebrate during the Group A match between Argentina and Chile at the 2021 Copa America in Brasilia, Brazil, June 14, 2021. (Photo: Xinhua)

Lionel Messi gave Argentina the lead at Rio de Janeiro's Olympic Stadium by curling a free-kick over the wall and into the top right corner just after the half-hour mark.

The Albiceleste threatened to score again, laying siege to Claudio Bravo's goal, but the two-time world champions were unable to capitalize on their superiority.

Vargas made them pay when he nodded home in the 57th minute, reacting fastest after Aston Villa goalkeeper Emiliano Martinez kept out Arturo Vidal's spot-kick. 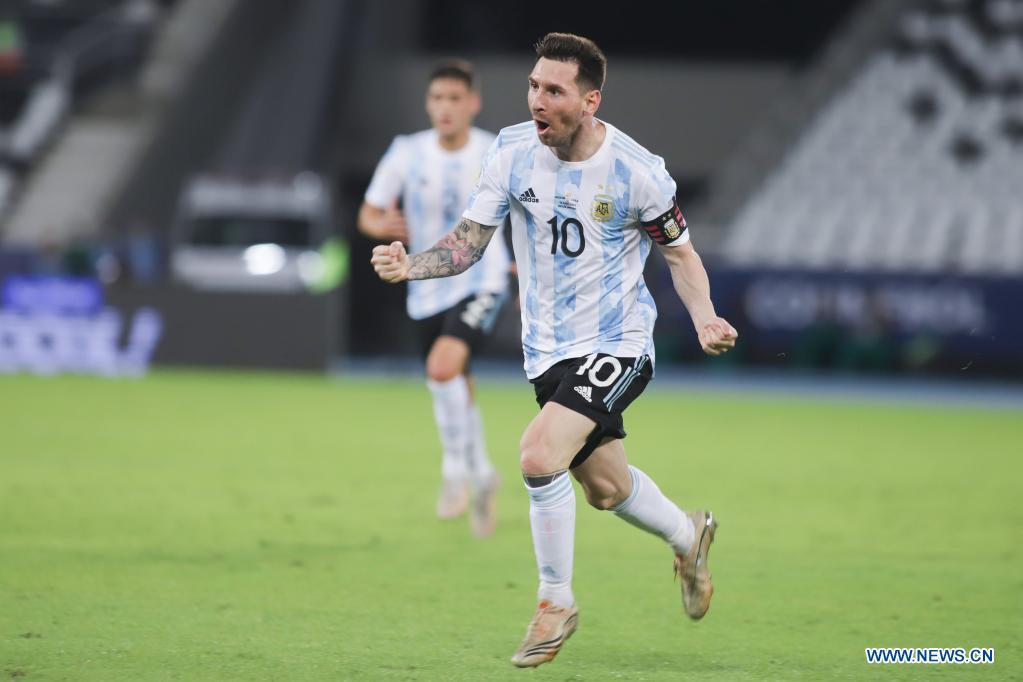 Lionel Messi of Argentina celebrates during the Group A match between Argentina and Chile at the 2021 Copa America in Brasilia, Brazil, June 14, 2021. (Photo: Xinhua)

"We lacked tranquility," Messi said after the match. "The [state of the] pitch didn't help. We were unable to control possession and play faster, which they did. I didn't see the penalty but it changed the game.

"I think that the [result] gives them more peace of mind than us. They started to pass the ball around and to keep it off us and the game became difficult. We wanted to start with a win but we came up against a very tough opponent."

Argentina's next match will be against Uruguay in Brasilia on Friday while Chile faces Bolivia in Cuiaba on the same day.