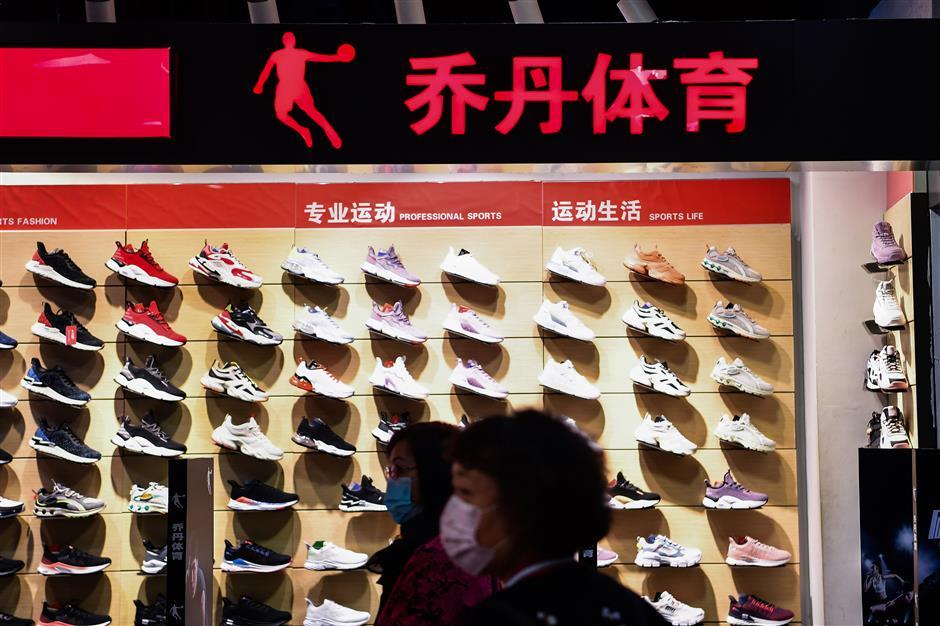 Customers at a Qiaodan Sports store in Beijing.

Chinese sportswear firm Qiaodan Sports must pay 300,000 yuan (US$45,900) to American basketball legend Michael Jordan for infringing on the trademarked use of his name, the Shanghai No. 2 Intermediate People’s Court announced on Wednesday.

"Qiao Dan" is the Chinese translation of Jordan. The basketballer sued the firm and the sales firm Bairen Trading in 2012. Because it's a transnational case, both sides agreed to use Chinese law as the standard.

The plaintiff considered that Chinese media have used Qiao Dan as Jordan's name since 1984. Qiaodan Sports, established in 2000, used the two Chinese characters that represent this moniker without Jordan's permission, which misled consumers and infringed on the use of his name, the court ruled. Because Bairen sold the sportswear firm's products, the Shanghai-based company was held jointly responsible.

Attorneys for the two companies claimed the Chinese translation of a normal surname, Jordan, should not have trademark rights. Some trademarks related to Qiao Dan have been used for 10 years so these cannot be revoked. According to Chinese law, people can lodge a complaint against a trademark within five years of the registration. After this period, the trademark can't be revoked.

The court said the company used Qiao Dan as its business name and trademark after the former basketball player became famous. Even the names of Jordan’s two sons and his jersey number were registered as trademarks by the company. The court ordered the company to stop using Qiao Dan and prohibited Bairen from selling related products but didn't have to accept tort liability.

The court agreed with the defendants' claim about the trademark, so those trademarks, which have been registered for over five years, can be used but it should be modified to make it clear they have no connection to the six-time NBA champion.

Because Jordan didn't claim a financial loss, the court ordered compensation for only spiritual damages (300,000 yuan) and legal costs (50,000 yuan).

Eight years ago, Jordan filed an appeal with the State Administration for Industry & Commerce's Trademark Review and Adjudication Board to revoke the Qiao Dan trademarksbut was rejected. In 2015, Jordan appealed to China's Supreme People's Court and won in April of this year. Consequently, all trademarks registered over the past five years have been removed.