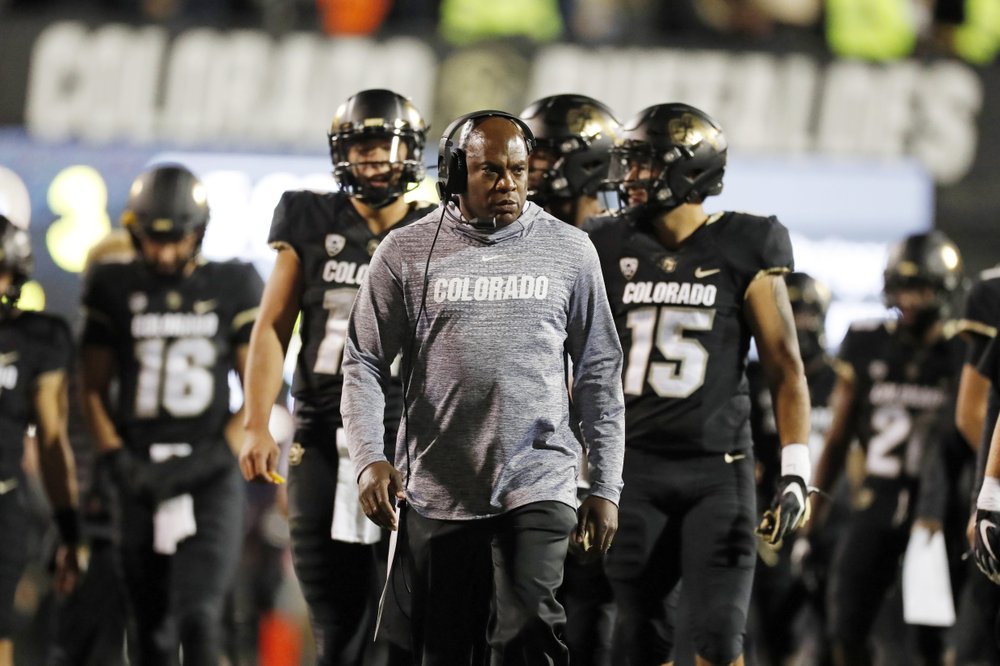 In this Oct. 25, 2019, file photo, Colorado head coach Mel Tucker watches during the first half of an NCAA college football game in Boulder, Colo. (Photo: AP)

Michigan State hired Colorado’s Mel Tucker as its new football coach Wednesday, rallying to land a veteran leader with ties to the school who decided to leave the Buffaloes after a single season.

The Spartans lured Tucker away from Colorado with a lucrative contract offer after appearing to be interested in coaches such as Luke Fickell, Robert Saleh and Pat Shurmur. Tucker will replace Mark Dantonio, who retired two weeks ago after 13 mostly successful seasons.

Michigan State scheduled a board meeting for later Wednesday to formally approve the hire and a news conference with Tucker was scheduled for early evening.

Colorado hired Tucker in December 2018, and gave him an opportunity to run the Pac-12 program after he was Georgia defensive coordinator. He was given a five-year, $14.75 million contract to lead the Buffaloes and they were 5-7 last season to match the program’s record from each of the previous two years.

The 48-year-old Tucker was a graduate assistant at Michigan State under Nick Saban in the late 1990s. His departure caught many by surprise, especially after he and George issued statements Saturday that seemed intended to quell speculation about him going to Michigan State.

Tucker also posted on his Twitter account over the weekend: “While I am flattered to be considered for the head coaching job at Michigan State, I am committed to CU Buffs Football for the build of our program, its great athletes, coaches and supporters.” He ended it with a series of hashtags: #UnfinishedBusiness. #GoBuffs. #Relentless. #Culture. #The Build.

Even as recently as Tuesday, Tucker was making the media rounds, pumping up the Buffaloes and their bid to build the program back into a contender. He has also been meeting with alumni and donors to drum up support.

“Returning home to Michigan State is a once-in-a-lifetime opportunity for me and my family, but it created the toughest decision of my life – to leave Colorado,” Tucker said. “There is no way to fully express my gratitude to the Buffalo student-athletes, Rick George, and our staff.”

After being an NFL defensive coordinator in Cleveland, Jacksonville and Chicago, Tucker became an assistant again under Saban at Alabama in 2015. He spent only one season with the Crimson Tide, helping them win a national title. He also was the interim head coach for Jacksonville over the final five games in 2011 after Jack Del Rio was fired.

Tucker also was an assistant at Ohio State as a defensive backs coach when it won a national title under Jim Tressel, whose nephew, Mike Tressel, was Michigan State’s interim coach briefly this month.

Dantonio retired with a 114-57 record over 13 years. He won three Big Ten titles and had a College Football Playoff appearance over a six-season span from 2010 to 2015.

The Spartans have slipped in recent years. They had 7-6 records the past two seasons and were three games over .500 in the four seasons following their playoff appearance.