LOS ANGELES, Nov. 29 (Xinhua) -- 54-year-old Mike Tyson returned to the boxing ring in an exhibition fight against Roy Jones Jr. at Staples Center here on Saturday that ended in a draw. 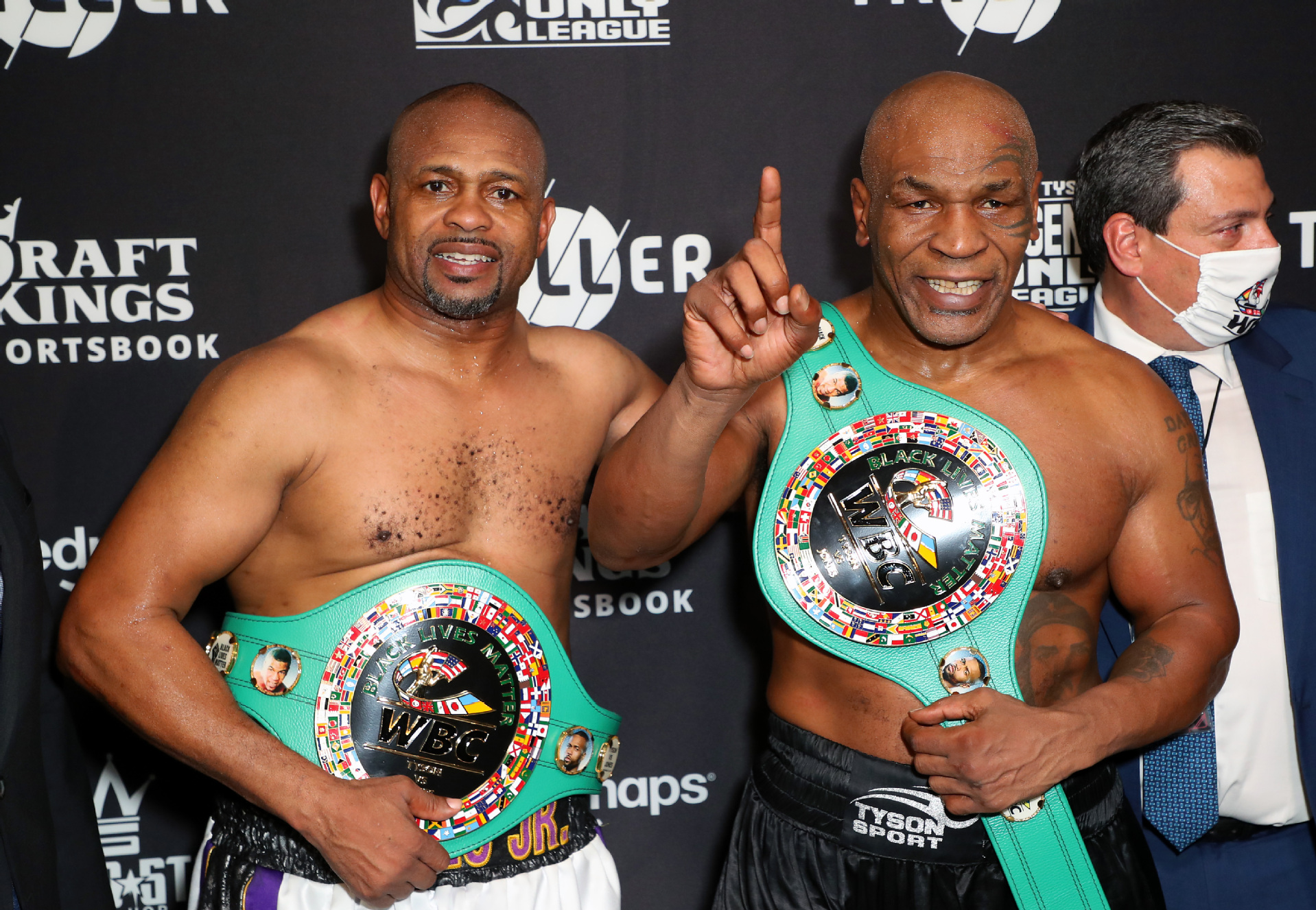 Mike Tyson and Roy Jones, Jr. pose with their belts after a split draw during a heavyweight exhibition boxing bout for the WBC Frontline Belt at the Staples Center in Los Angeles on Nov 28, 2020. (Photo: Joe Scarnici/Handout Photo via USA TODAY Sports)

For the first time in 15 years, Tyson looked aggressive inside the ring with his signature black trunks and punches. His heavy jabs forced 51-year-old opponent to clinch frequently from the second round.

Ending in a draw with neither man apparently injured, both Tyson and Jones seemed exhausted but still enjoyed the eight-round fight.

"This is better than fighting for championships," Tyson said of the exhibition match that raised money for charities.

"I'll look better in the next one," he added.

"Everything hurt when I made contact. He's an exceptional puncher still. He can do anything he wants next."