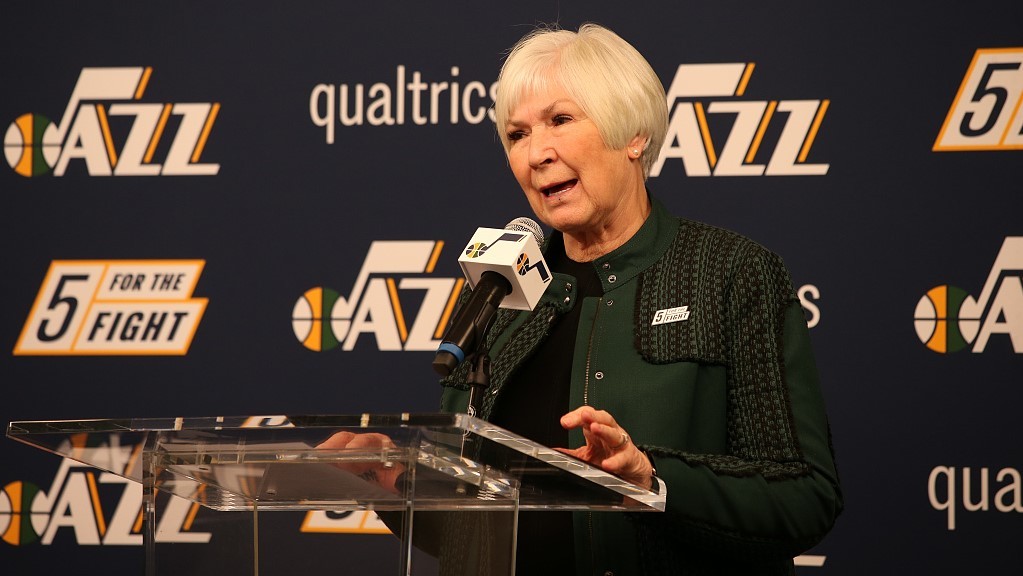 Gail Miller, owner and chair of the Larry H. Miller Group of Companies (LHM Group) that owns the Utah Jazz between 1985 and 2020. (Photos: CFP)

The Miller family, owner of the Utah Jazz, has reached an agreement to sell both the team and their home arena Vivint Smart Home Arena, to Ryan Smith, founder of Qualtrics, for 1.66 billion U.S. dollars, announced the Jazz Wednesday.

"I have known Ryan for several years and admire the values by which he and his wife Ashley live their lives. They have such love for and a connection to Utah and this team. Because of our friendship and several high-level conversations over the years, Ryan recently approached our organization to inquire about the possibility of purchasing the Utah Jazz and some of our other sports and entertainment properties. After much soul searching, lengthy discussions and extensive evaluations of our long-term goals, my family and I decided this was the right time to pass our responsibility and cherished stewardship of 35 years to Ryan and Ashley, who share our values and are committed to keeping the team in Utah," said Gail Miller, owner and chair of the Larry H. Miller Group of Companies (LHM Group). 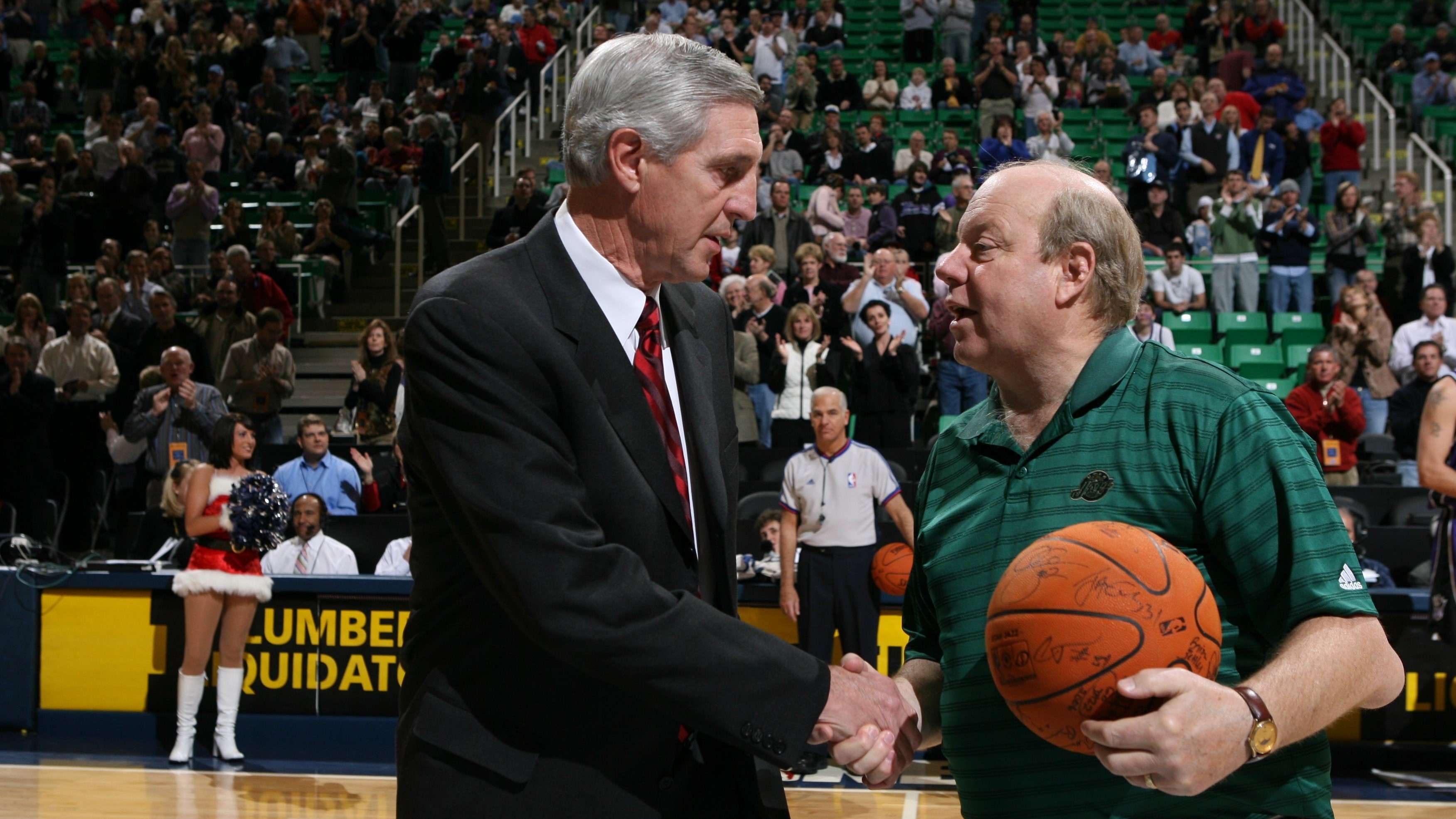 Jerry Sloan (L), head coach of the Utah Jazz shakes hands with Larry Miller, owner of the team prior to the game against the Sacramento Kings at the EnergySolutions Arena in Salt Lake City, Utah, December 15, 2006.

The Miller family bought the Jazz with 22 million U.S. dollars in 1985 and went through the most glorious time of with the team. In the following 35 years, The Jazz had 16 50-win seasons, made the playoffs 27 times, won nine division titles and two Western Conference championships. In the two seasons between 1996 and 1998, the Jazz coached by Jerry Sloan, made the NBA Finals twice in a row, driving Michael Jordan and his Chicago Bulls into a corner.

Larry Miller passed away in 2009 but the family continued to own the team until today. The deaths of Larry and Sloan (on May 22) seemed to indicate the end of an era. 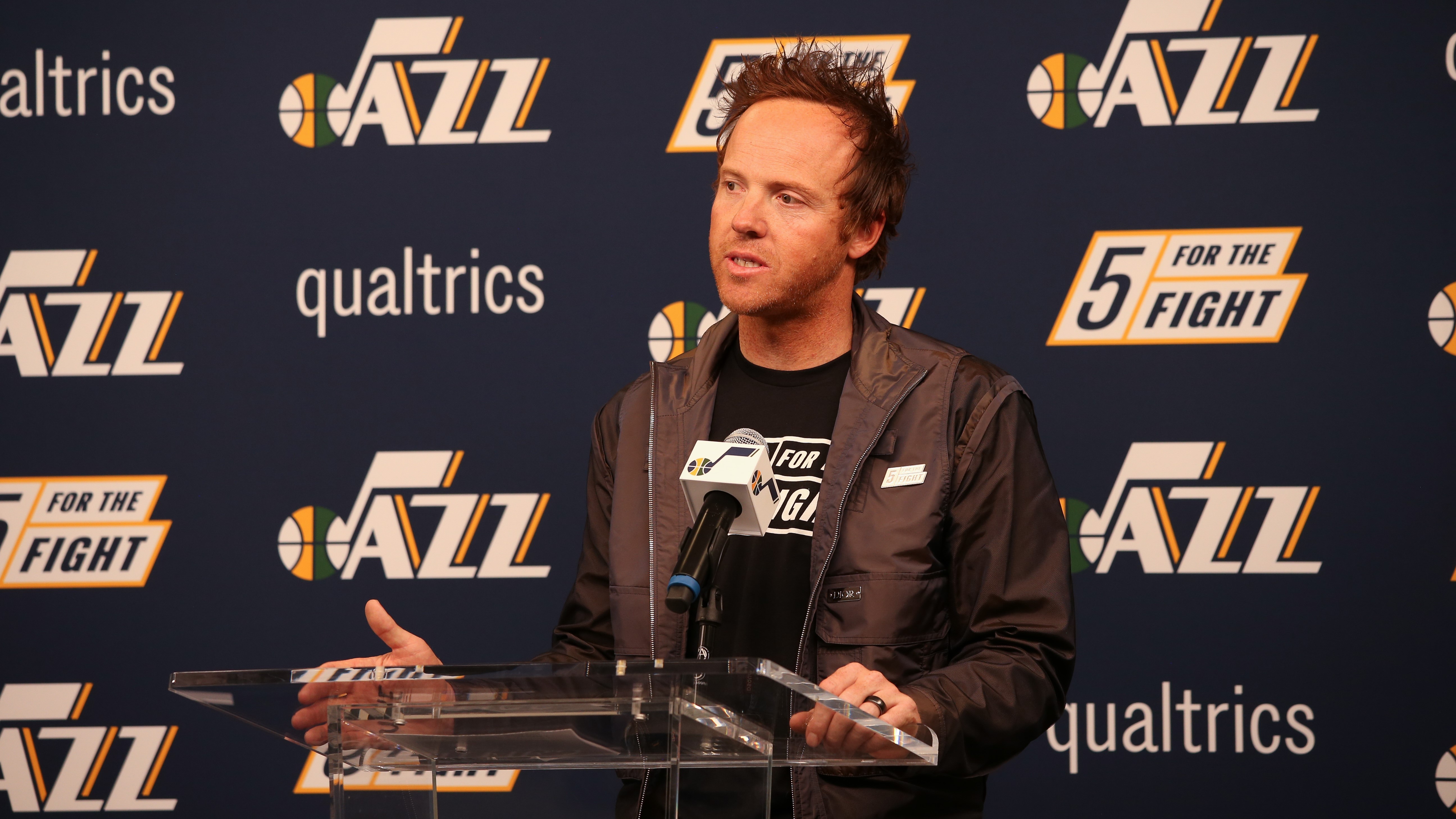 Ryan Smith, founder of Qualtrics and new owner of the Utah Jazz.

"I've approached Gail and the Millers a couple of times. There's no secret about my interest in the NBA, and there's really no secret about my interest in the Jazz. I grew up watching the Jazz. This is the team I cheered for. I played Junior Jazz. I dreamed of playing for the Jazz, and that didn't work out. But as I was sitting there this week in the Junior Jazz program you guys started, with hundreds of kids running around, the legacy you've created is untouchable. We're all incredibly grateful for that. The Jazz are a gift to this whole community, and that's how we view it. That's 100 percent how we view this," said 40-year-old Smith.

Rudy Gobert, defensive pillar of the Jazz, expressed his appreciation for the Miller family and excitement for the new boss.

The Millers will still keep a minority interest in the team. The deal still awaits official approval from the NBA board of governors.