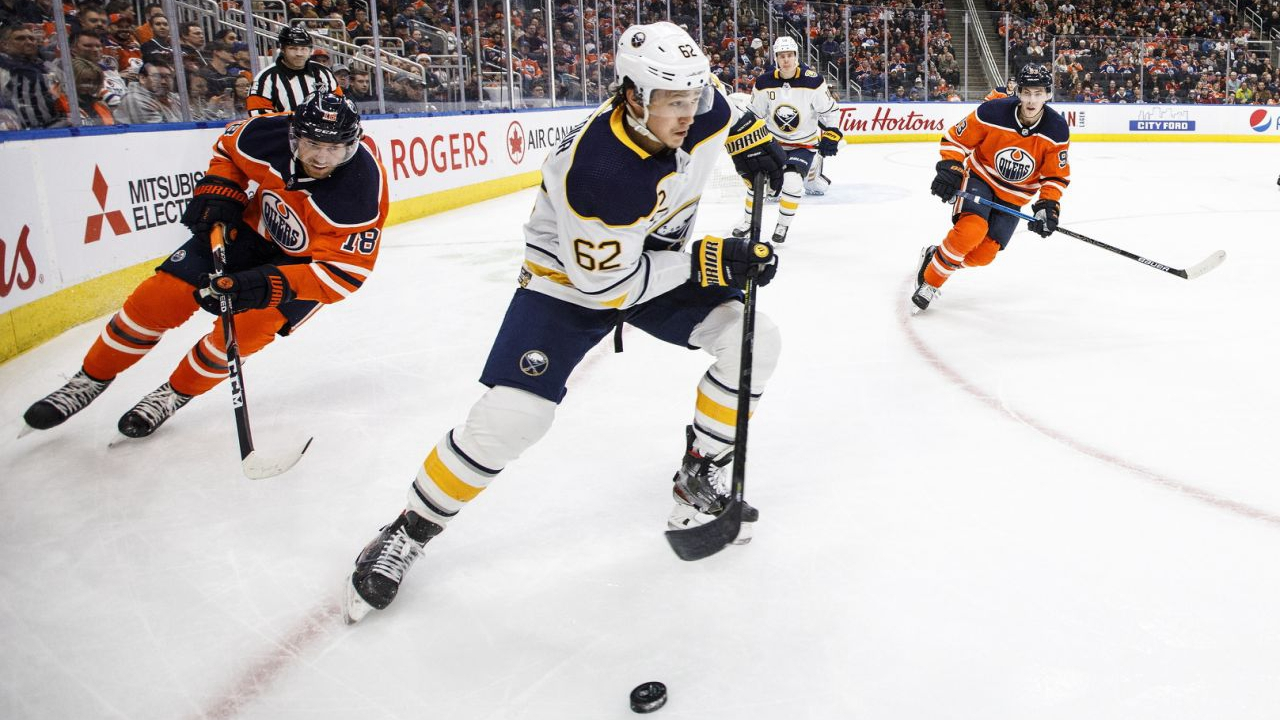 Colin Miller scored 1:13 into overtime to give the Sabres a 3-2 victory over the Edmonton Oilers on Sunday night.

Kyle Okposo and Johan Larsson also scored and Linus Ulmark stopped 26 shots for Buffalo, which recovered after giving up a 2-0 lead in the first period and snapped a two-game skid.

The game marked the return of Kreuger to Edmonton after he coached the Oilers for the lockout-shortened 2013 season, before famously being fired over Skype and replaced by Dallas Eakins.

"We talked about it in between periods and this morning and we wanted to get a win for him," Okposo said. "We know how much it meant to him. Things didn't end well for him here and he won't say it, but I know that this game meant a lot to him."

''It's real nice, they know the story and they know the history,'' he said. "We have an honest culture in there and we're just out for each other. It was a beautiful victory here especially because of the character we showed to get it." 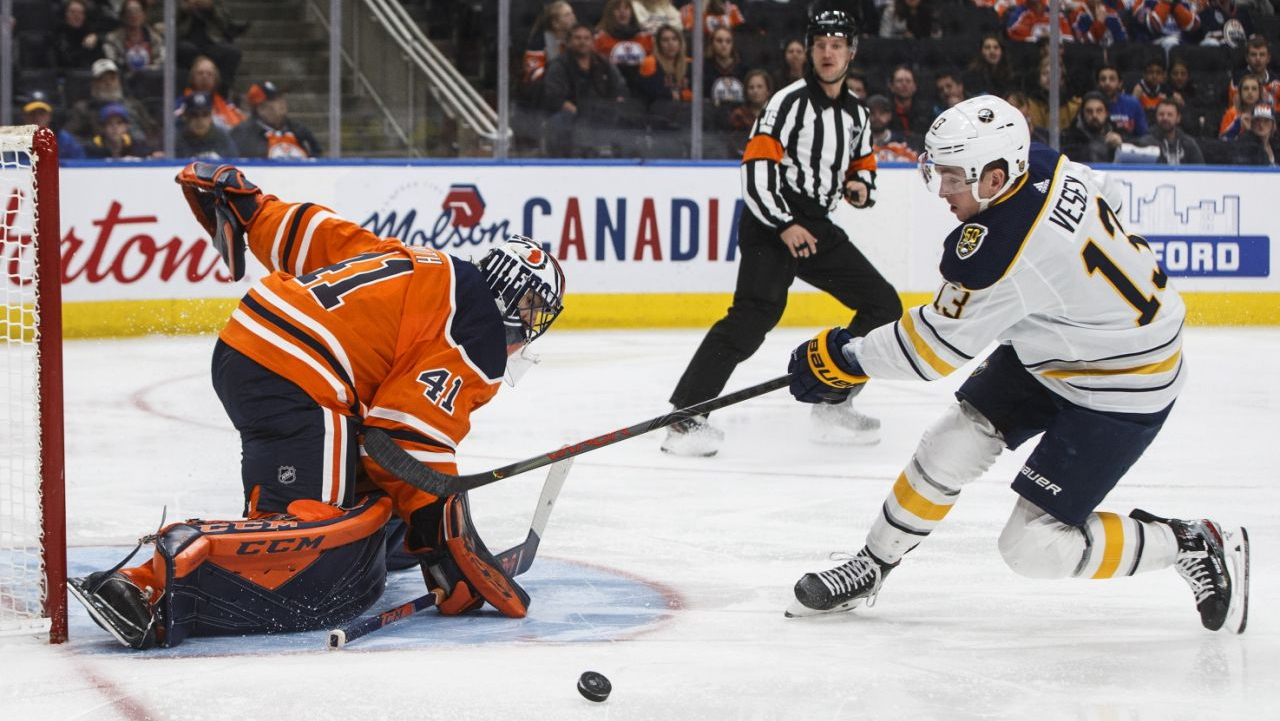 In the extra period, Miller took a feed through the crease from Marcus Johansson to score the winner. Jack Eichel picked up an assist on the play to extend his point streak to 13 games.

Riley Sheahan and Joakim Nygard scored for the Oilers, who have lost four of their last six games. Mike Smith finished with 19 saves.

Trailing 2-0 after one period, Edmonton pulled within one 8:25 into the second as Nygard sent Sheahan in on a breakaway and he sent his first goal of the season while snapping a 30-game goal-scoring drought by tucking the puck through Ullmark's legs.

Nygard tipped his second NHL goal in off a shot by Darnell Nurse to tie it in the waning seconds of a power play with 4:04 left in the middle period.

Okposo tipped Marco Scandella's shot past Mike Smith 4:08 into the first period to open the scoring for Buffalo.

Larsson picked up a big rebound in front and put it five-hole on Smith for this third of the season and a 2-0 Sabres lead with 9:17 left in the opening period.

Georgiev stopped 38 shots for his second shutout of the season and the New York Rangers beat the Vegas Golden Knights 5-0 on Sunday night.

Georgiev, who recorded his first shutout of the season at New Jersey on Nov. 30, was making his fourth start in five games. It was the 23-year-old's fourth career shutout. 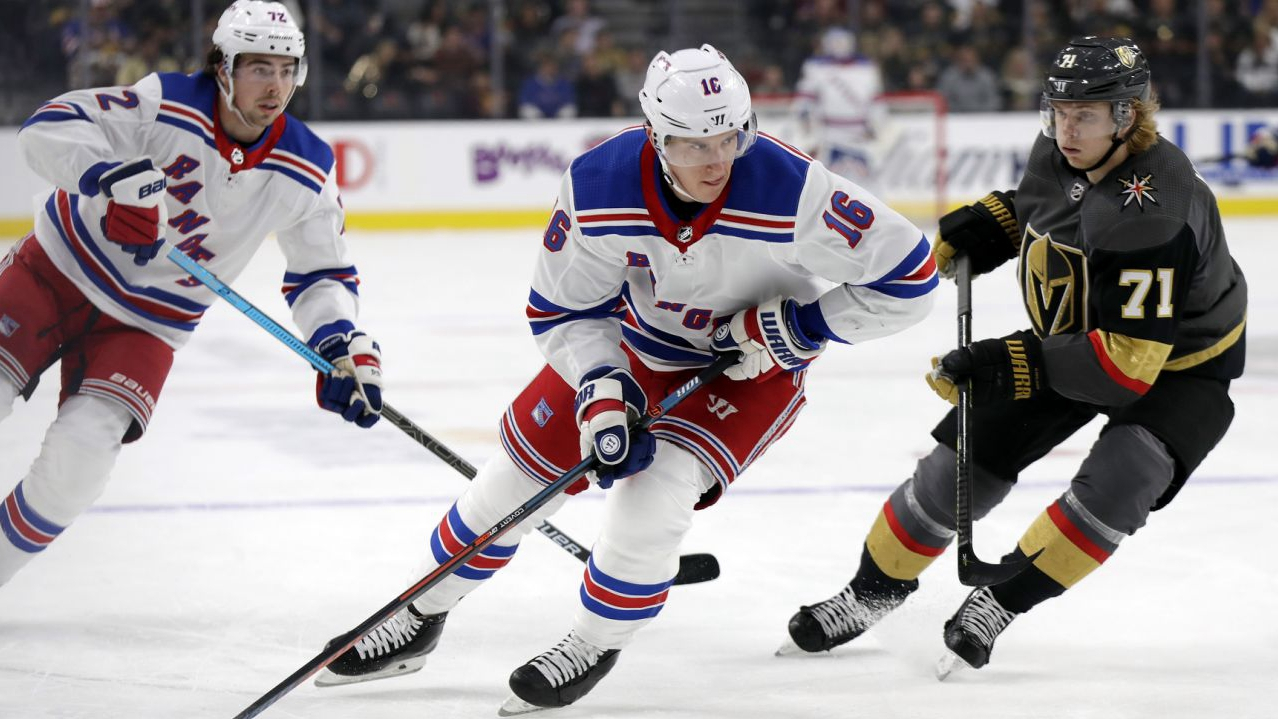 "Really fast team, and the building gave them a lot of energy," Georgiev said. "I was just trying to weather the storm, and the guys came up big with the first goal, and then the second right away. We started playing better as the game went on."

The Golden Knights had 70.8 percent of the game's high-danger chances (17-7), but staked with an early lead, Georgiev was spectacular in shutting down one of the league's fastest teams.

Georgiev has stopped 169 of the last 174 shots he has faced (.971 save-percentage) over his last five appearances. He has made 30 or more saves in 10 of his 13 starts this season, including each of his last five. He has also allowed two goals or fewer in seven of his last 10 appearances.

The Golden Knights, meanwhile, hadn't been shutout since last Feb. 18 at Colorado. They came into the game with at least one goal in 52 consecutive regulation games, the third longest active streak behind Boston (84 games) and Florida (56).

Malcolm Subban, making his seventh straight start for Vegas, made 20 saves. The Golden Knights had their five-game point streak snapped as they dropped to 7-6-3 at home this season. 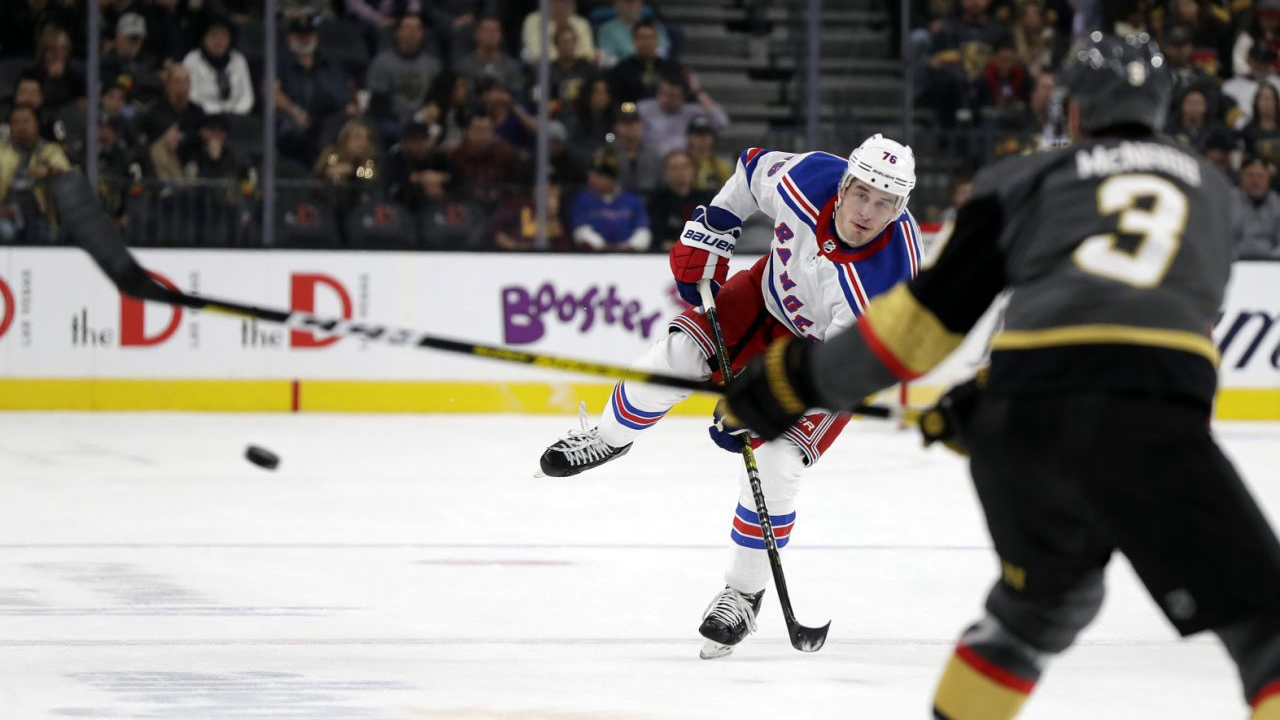 The game didn't come without a bit of controversy, though, as the Golden Knights lost rookie Cody Glass late in the second with the Rangers leading 4-0.

Brendan Lemieux came crashing into the 20-year-old with a spinning elbow to the temple that left Vegas' first-ever draft pick on his knees writhing in pain. Glass had to be helped off the ice and to the locker room.

While the 18,236 in attendance appeared ready for Vegas bruiser Ryan Reaves to make Lemieux answer for the hit, it was linemate William Carrier who dropped his gloves and called the Rangers' forward out.

"We all saw what happened, and it can't happen," Carrier said. "I don't know if he did it on purpose, but he's gotta answer to it. Same for me when I do those kinds of hits. Just gotta answer to it and he did."