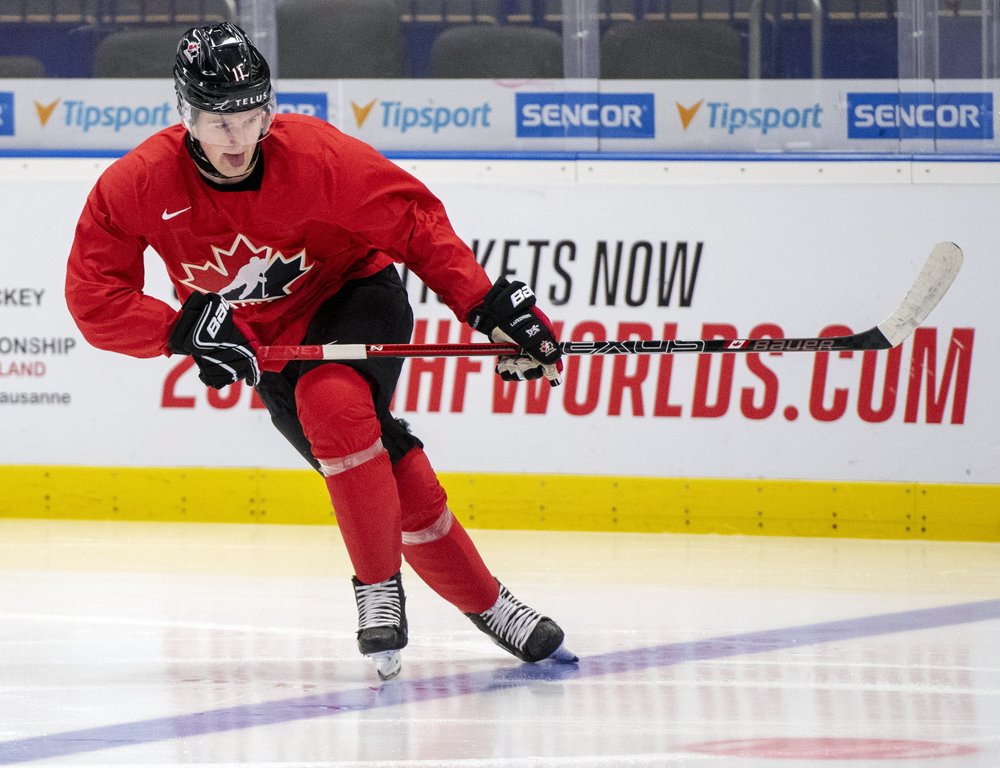 The NFL’s successful virtual draft and uncertainty surrounding the resumption of hockey this season have raised the possibility of an NHL draft held before the Stanley Cup Final.

After postponing its draft scheduled for June 26-27 in light of the coronavirus pandemic, the NHL is considering having it earlier in June with the season in an indefinite suspension. There are mixed feelings among executives about the idea, ranging from frustration to begrudging acceptance.

“We’re just going to try to prepare as though it’s going to happen,” Toronto Maple Leafs general manager Kyle Dubas said. “It’s not going to be normal regardless of what it is, so we’re fine with whatever is decided.”

Unlike the NFL, which held its draft as usual in the middle of its offseason, the NHL would face several wrinkles going forward with a draft held before the season is complete: Teams would not be able to trade players, there would be a lack of clarity over next year’s salary cap and the draft order could be determined before all games are played.

It would put hockey back in the spotlight for a couple of days. It would also create plenty of headaches for those involved.

“I have not talked to one GM who likes it, and I talk to almost all of them,” agent Allan Walsh said Thursday.

A week after the league sent a memo to teams outlining its proposal, Deputy NHL Commissioner Bill Daly on Friday said a decision has not made on the timing of the draft. GMs have asked for a month’s notice before holding a draft.

“My thought is: Why would you do that? Why do you need to do that?” Red Wings GM Steve Yzerman said on Fox Sports Detroit. “I haven’t heard a good reason why we should do it prior to the end of the season if we do conclude the season over the course of the summer.”

Yzerman’s Red Wings could actually benefit from an adjusted draft lottery that gives him better odds at the top pick, likely Alexis Lafreniere. But Yzerman pointed to a litany of unknowns, including who’s in and out of the playoffs and how the draft order is determined.

There’s also the matter of the 2020-21 salary cap, which was initially projected at $84 million but is now expected to be set at the current $81.5 million or less.

“The draft serves a lot of different purposes in giving GMs the tools to build their roster for the next year apart from just drafting seven rounds of players,” Walsh said. “The cap teams — the Torontos, the Tampas — are going to have to move at least one big contract to make it work. And the time to do it is at the draft. But you can’t do it under a first week or second week of June scenario when you don’t know if the season is canceled or whether we are really going to come back and play.”

Daly said the NHL still hasn’t decided when to allow players to return to team training facilities for small group workouts, which would be the first step toward a return. The league continues to work internally and with the NHL Players’ Association on various scenarios, including resuming at three or four empty NHL arenas and pushing the start of next season back to December.

With that in mind, Los Angeles GM Rob Blake said the Kings are “quite comfortable with either scenario” of the draft happening in June or later. Many of his colleagues are in the same boat.

“We’ll have to work with it, obviously,” Blake said. “The one thing we know for sure is nothing will be status quo, so whether it’s prior in June or later, you’re going to have to make the necessary adjustments.”