SPORTS MLB final pitch could be closer to Christmas than Halloween

MLB final pitch could be closer to Christmas than Halloween 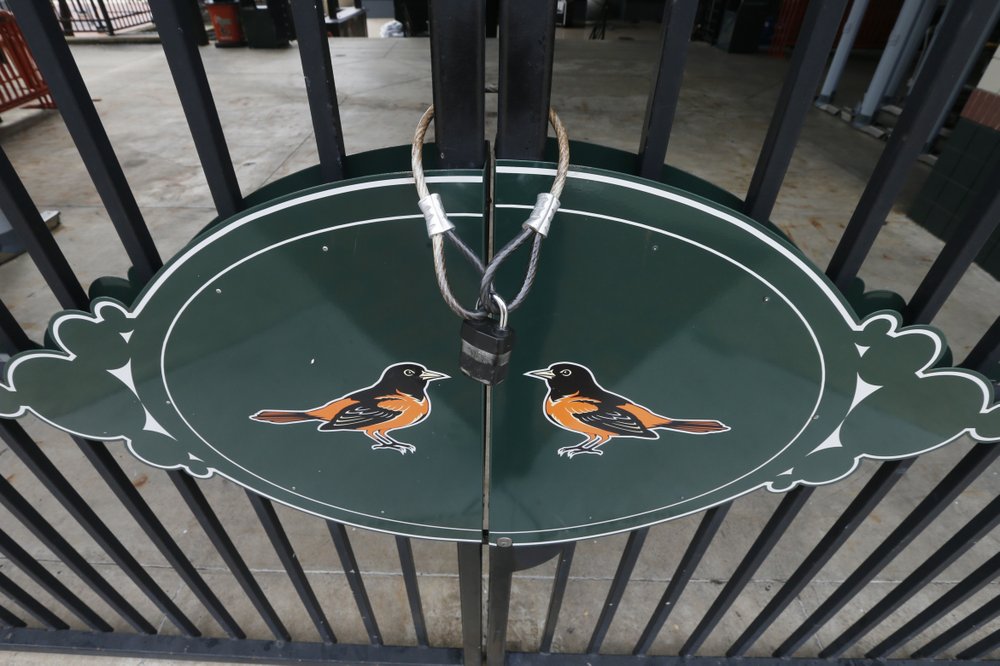 Locked gates and empty walkways are shown at Oriole Park at Camden Yards, home of the Baltimore Orioles baseball team, on what was to be opening day March 26, 2020, in Baltimore, Md. (Photo: AP)

If the final pitch of the 2020 baseball season comes closer to Christmas than Halloween, that’s fine with the players.

Major League Baseball owners ratified a 17-page agreement with the union on Friday in the wake of the coronavirus pandemic, with players willing to extend the season as long as needed to cover as close to a full schedule as possible.

And if it means expanding the playoffs from 10 teams, fine.

“Players want to play. That’s what we do,” said union head Tony Clark, a former All-Star first baseman. “Being able to get back on the field and being able to play, even if that means their fans are watching at home, but being able to play for their fans is something they’ve all expressed a desire and an interest to do and to do so as soon as possible.”

The deal provides for $170 million in advances from salaries that total more than $4 billion and guarantees service time to players even if no games are played this year. That means Mookie Betts, George Springer, Marcus Stroman, Trevor Bauer, and J.T. Realmuto remain on track for free agency next offseason.

This season was to start Thursday and Game 7 of the World Series was on track to be Oct. 28. With opening day postponed until mid-May at the earliest, the final pitch could come as Frosty the Snowman starts popping up. The sides discussed a regular season extending into October and a postseason in November.

“We would play as long as we possibly could. Obviously, the weather becomes a challenge the later you get in the calendar year,” Clark said. “But we would do our best to play as many games as possible regardless of when we start.”

A bigger playoff field will be considered.

“Is this a year where trying different things could be of benefit, and that is one of the things that in a one-year trial could be a benefit,” Clark said.

When the season can start is beyond the control of MLB and the union. If games are missed, players will receive prorated shares of their salaries.

“Each of the parties shall work in good faith to as soon as is practicable commence, play, and complete the fullest 2020 championship season and post-season that is economically feasible,” the agreement says. There must be no legal restrictions on mass gathering and travel, and a determination play “does not pose an unreasonable health and safety risk to players, staff or spectators.”

MLB agreed with the union to use “best efforts to play as many games as possible, while taking into account player safety and health, rescheduling needs, competitive considerations, stadium availability, and the economic feasibility of various alternatives.”

Players would consider waiving the rule against playing no more than 20 days in a row. It remains unclear what the minimum number of games needed for a season would be.

Players ratified the deal Thursday night. They would keep their salary advances if no games are played in 2020 and waived their claim to additional salaries if the season is scrapped.

“It is not ideal,” Clark said. “The players were committed to preserving entry in some form, which was quite different than what was being represented from the other side.”

It remains unclear whether the All-Star Game at Dodger Stadium in Los Angeles will be played on July 14.

“Obviously, the calendar is going to dictate a lot of what can and can’t be done,” Clark said.