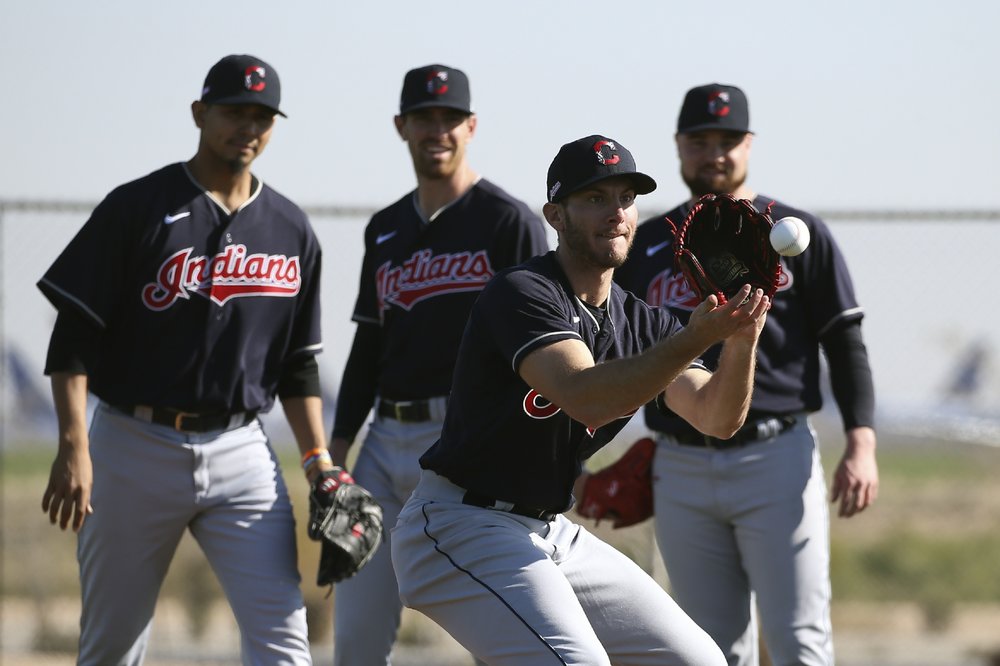 Major League Baseball is raising the minimum salary for minor league players in 2021, according to a memo sent Friday from the commissioner’s office to all 30 teams and obtained by The Associated Press.

Two years after successfully lobbying Congress to exempt minor leaguers from federal minimum wage laws, MLB opted to give those players a wage increase between 38% and 72%. The bump was discussed at last week’s owner's meetings and confirmed in the memo from Morgan Sword, executive vice president of baseball economics and operations.

Minor leaguers are paid only during the season and don’t receive wages during the offseason or spring training. That means Triple-A players can earn $14,000 during their five-month season, and short-season players at the lowest levels can make $4,800 during the three-month season.

“Much deserved,” tweeted Ben Verlander, who played five minor league seasons and is the younger brother of Astros star Justin. “We’d put in 12 hours a day at the baseball field and all we ask for in return is a livable wage. Love this”

The raises come as MLB is negotiating with the National Association of Professional Baseball Leagues, the governing body of the minors, to replace the Professional Baseball Agreement that expires after the 2020 seasons. MLB proposed cutting 42 of the 160 required affiliated teams during those negotiations, a plan criticized by small-town fans and politicians at the local and national level.

“MLB’s priorities include reducing the travel burden on players and improving player working conditions,” Sword wrote. “These and other objectives only can be achieved with agreement of the National Association, or absent an agreement, following the expiration of the current PBA in September. However, we can move forward unilaterally with our goal of improving compensation for minor league players.”

Upon entering pro ball, the most talented players frequently get hundreds of thousands — even millions — of dollars in signing bonuses, but there are also players who sign for as little as $1,000. Paired with low salaries, the financial burden has prompted some players to use tattered equipment, accept charity from more fortunate teammates, or in the case of one player, to live out of a school bus.

“I think it’ll keep guys mentally in it longer,” said Arizona Diamondbacks pitcher Joe Mantiply, who has played six minor league seasons. “I know I’ve played with numerous guys that chose to go another way just because they felt like financially it wasn’t worth it for them to stick it out.”

“Not to say money is the only reason to play, but you have to have money to live,” he said at camp.

Said major league players’ union head Tony Clark: “It’s a start, but there’s a long way to go before these young players are being compensated and treated fairly.”

A group of minor leaguers filed a lawsuit against major league teams in February 2014, claiming most earned less than $7,500 annually in violation of several laws. While the case has not yet gone to trial, Congress passed legislation stripping minor league players from protection under minimum wage laws. Congress put the “Save America’s Pastime Act” onto page 1,967 of a $1.3 trillion spending bill in 2018 at MLB’s urging.

“It’s good to see that MLB is finally serious about increasing salaries,” said Garrett Broshuis, a former minor league pitcher who is a lawyer for the suing players.

“They’ve been ignored for way too long and an increase is long overdue. At the same time, even with this increase, the majority of players are still going to be paid at a level that’s below the poverty line. And this increase doesn’t do anything about the players who are required to report to spring training and extended spring training, and who aren’t paid at all during those work periods,” he said. “This is this is an encouraging step, but more work needs to be done, without a doubt.”

Minor league salaries have largely been stagnant since 2005, and players have strained to make ends meet on as little as $5,500 per season. Some players live in overcrowded apartments, sleeping on air mattresses, subsist on peanut butter and jelly sandwiches, and sacrifice potential training hours to work better-paying jobs in the offseason.

“I think for a long time we’ve had this idea in baseball that you have to put in your time. To an extent that may be true, but we need to make sure that everybody has an opportunity to make themselves better,” he said. “I think it’s really hard to be focused on other things in the offseason when guys have a significant advantage because they don’t have to go work 30 hours a week or 40 hours a week to try and keep up just with regular life.”

“I think that would be a great step for baseball as a whole. It will allow all minor leaguers to only focus on training at an elite level,” he said.

At the winter meetings in December, Manfred became agitated when asked why improving minor league salaries were being offered as a defense of the proposal.

“Obviously there is a way to pay people more without reducing the number of franchises,” Manfred said. “I think the question there becomes who should bear all of the costs associated with the player-related improvements that we think need to be made in the minor league system.”

The Toronto Blue Jays independently issued 50% raises to their players with minor league contracts before the 2019 season. They are the only team known to have paid their players more than the minimum.