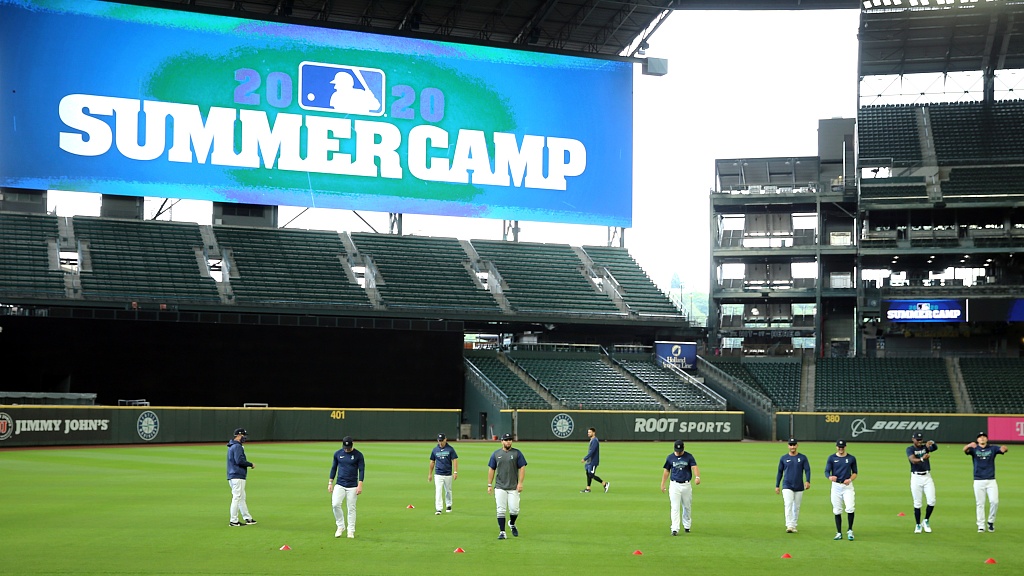 The defending World Series champion Washington Nationals will play host to the New York Yankees on July 23 in the first game of the 60-game Major League Baseball (MLB) season, the league announced on Monday.

Later that day, the San Francisco Giants will visit the Los Angeles Dodgers as MLB tries to get its season, whose March 26 opening day was pushed back because of the COVID-19 pandemic, off the ground.

Fourteen games are scheduled for July 24, and the final day of the regular season will take place on September 27, followed by playoffs. 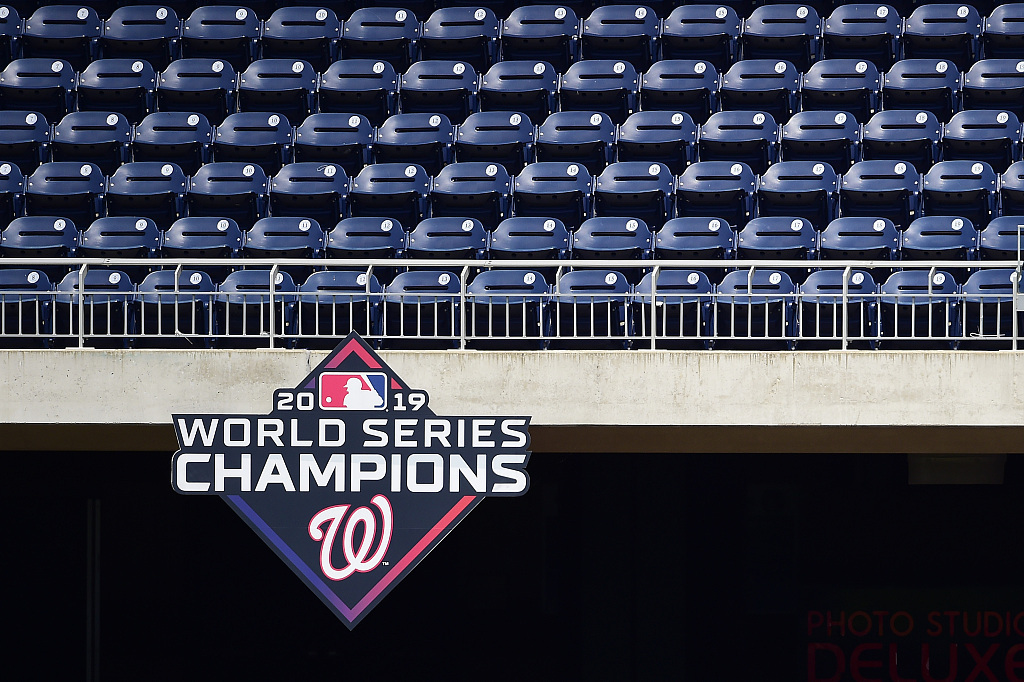 The pandemic, which has upended the global sports calendar, forced the league to shorten its 162-game season to 60 games after an agreement between the players and team owners was worked out.

The revised 2020 schedule features each club playing 40 games against intradivision opponents, as well as 20 games against their opposite league's corresponding geographical division in an effort to cut down on travel.

Fans will not be allowed to attend games, at least initially.

Training camps reopened on July 1 with all players and staff going through COVID-19 testing before entering team facilities. 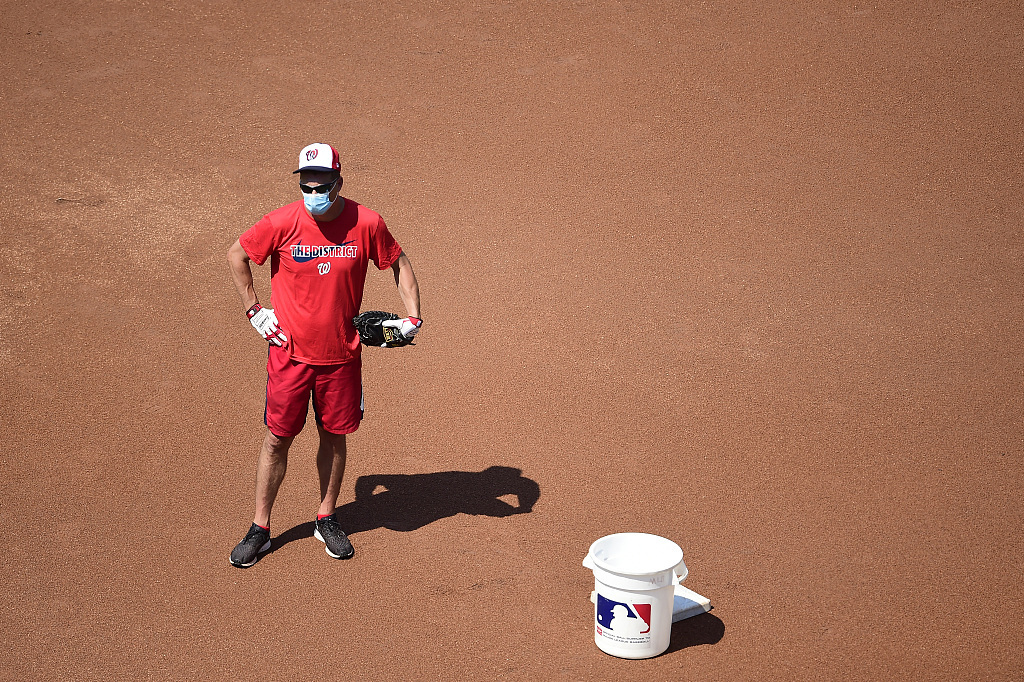 A member of the Washington Nationals wearing a face mask stands near first base during the team's summer workouts in Washington, D.C., U.S., July 3, 2020.

The first workouts and "full baseball activities" began on July 3.

Players and team staff will be regularly tested for COVID-19 and anyone who tests positive will be placed on an injury list.

Anyone who tests positive will have to test negative twice before they are allowed to return.

MLB will also implement several rule changes designed to speed up the pace of play this season, including putting a runner on second base at the start of every half inning past the ninth inning.