DOHA, Dec. 18 (Xinhua) -- Croatian playmaker Luka Modric partially ended speculation about his future on Saturday after helping his side to a third-place finish in the FIFA World Cup finals. 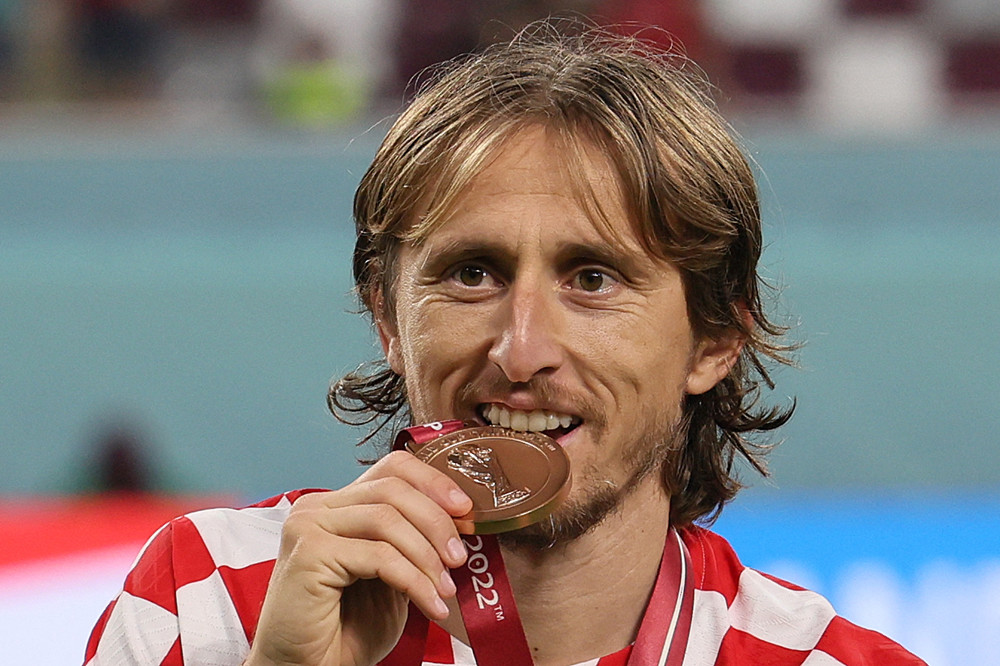 The 37-year-old again pulled the strings in midfield as Croatia beat Morocco 2-1 in the Third Place Play-Off, showing why coach Zlatko Dalic is keen for him to continue.

Many had expected Modric to call an end to his international career after 162 appearances for his country, but he confirmed he will carry on for at least another six months.

"I will continue until the end of the Nations League final and then we'll see," Modric told the press after Saturday's game.

The Nations League will be played in June 2023, with Croatia among the four countries in the 'Final Four' along with Spain, the Netherlands and Italy.