SPORTS More than 1,000 fans shrug off virus concerns to attend match in Belarus

More than 1,000 fans shrug off virus concerns to attend match in Belarus 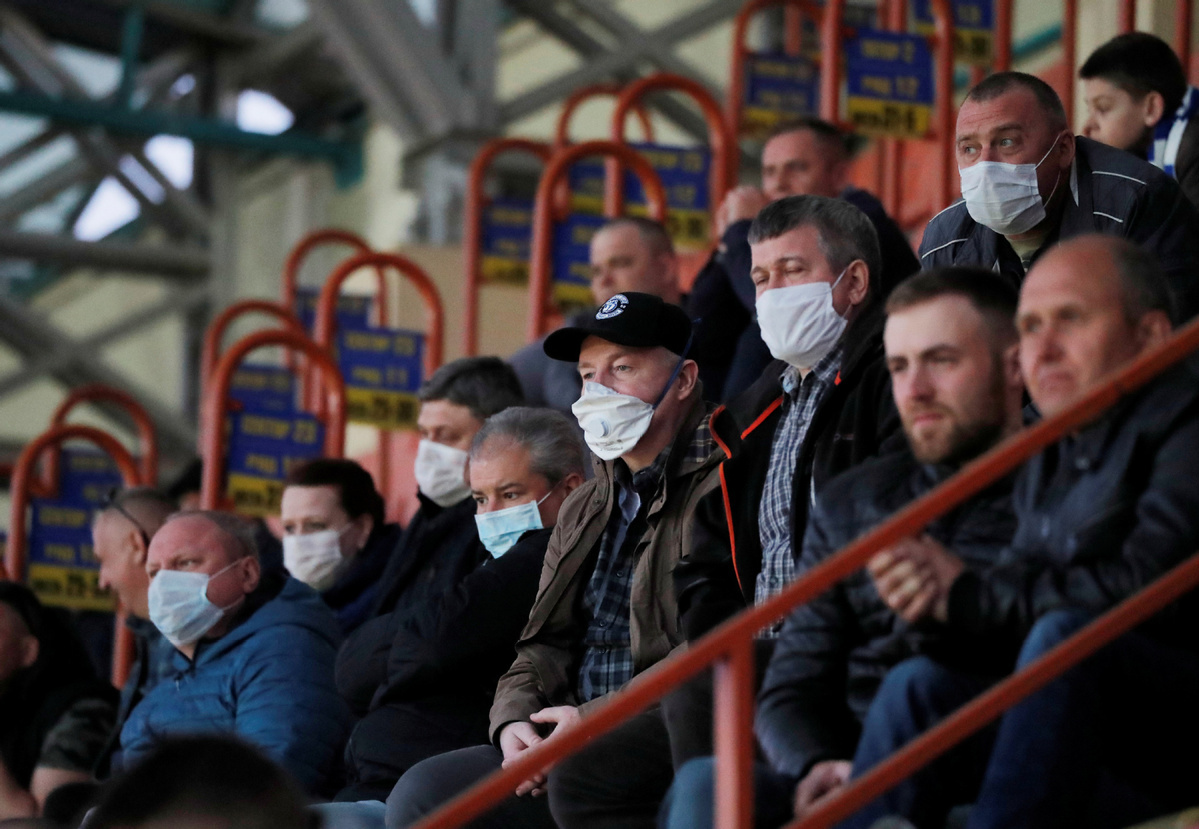 Fans are seen during the match between Dynamo Brest and Isloch Minsk wearing protective face masks despite most sport being cancelled around the world as the spread of coronavirus disease (COVID19) continues Brest, Belarus, April 12, 2020. (Photo: Agencies)

BREST, Belarus - More than 1,000 soccer fans cheered, chanted and hugged each other as they attended a Belarusian top-flight league match on Sunday despite calls from a growing number of supporters to boycott games due to the coronavirus pandemic.

Belarus is the only country in Europe still playing a national soccer league, making it an unlikely draw for fans overseas who are starved of matches in their own countries.

In choosing to stay open, the league took its cue from President Alexander Lukashenko, who has resisted imposing strict lockdown measures and variously prescribed remedies like drinking vodka or driving tractors to fight the pandemic.

Many fans have chosen to stay away, but more than 1,000 attended the clash between FC Dynamo Brest and Isloch Minsk, one of three games played in the top-flight Vysshaya Liga on Sunday. Only a relatively small number were seen wearing masks.

Defending champions Brest won 3-1 to go third in the standings after four matches.

The club earlier launched an innovative solution to dwindling match attendance numbers -- putting mannequins with cut-out photographs of fans into the stands.

Belarus currently has 2,919 reported cases with 29 deaths from the new coronavirus.

The World Health Organisation has urged the Belarus authorities to introduce tighter measures to contain the coronavirus, saying on Saturday that the pandemic was entering a "concerning" new phase in the country.

Lukashenko dismissed fears about the virus as a "psychosis" and said it was more important to keep the economy going.