SPORTS More than 60,000 fans to be allowed at Wembley for Euro 2020 semifinals, final 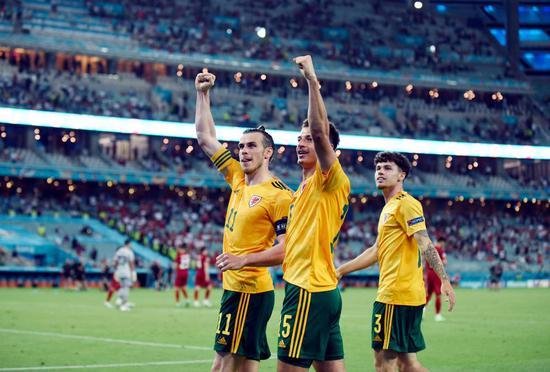 More than 60,000 fans will be allowed to attend London's Wembley Stadium during the Euro 2020 semifinals and final, confirmed UEFA on Tuesday.

Following an announcement by the British government, the capacity for each of the three games will be increased to 75%, while Wembley will only allow 25% capacity during the three group matches but has confirmed an increase of attendance to around 50% for two last 16 encounters later this month.

"It is great news that so many fans will be able to watch the final three matches of Euro 2020 at Wembley. The last 18 months have taught us - both on and off the pitch - how integral fans are to the fabric of the game," UEFA president Aleksander Ceferin was quoted in a media release.

"This tournament has been a beacon of hope to reassure people that we are returning to a more normal way of life and this is a further step along that road. I am grateful to the Prime Minister and the UK government for their hard work in finalising these arrangements with us, to make the tournament final stages a great success at Wembley," the release said.

The semifinals take place on July 6 and 7, with the final being held on July 11. Fans will need a negative COVID-19 test or proof of full vaccination in order to enter Wembley.