SPORTS Morey to step down as Houston Rockets general manager

Morey to step down as Houston Rockets general manager

WASHINGTON - Houston Rockets general manager Daryl Morey has announced that he is to step down from his post on November 1. 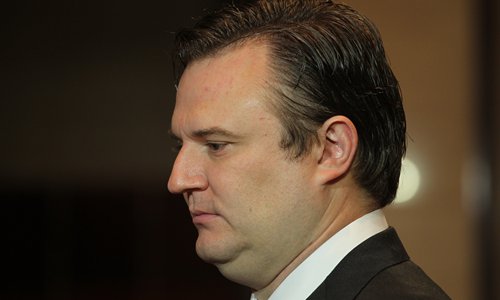 Morey said his impending departure is his own choice and that he made the decision after the Rockets were beaten in the second round of the NBA playoffs in Orlando.

"After returning from Orlando and reflecting on what has been an amazing 14 years with the Houston Rockets, and after discussing my thoughts with family and close friends, I've decided I'll be stepping away from the Rockets organization effective November 1," Morey said in a statement.

Rockets owner Tilman Fertitta said: "On behalf of the entire Rockets organization, I would like to thank Daryl Morey for his hard work and dedication over the past 14 seasons."

Morey has been the Rockets' general manager since the 2007-08 season. Under his leadership, the Rockets made many blockbuster trades, including deals for James Harden, Russell Westbrook and Chris Paul.