World motorcycling superstar Valentino Rossi said a rival's stray bike, travelling at around 300kmh, almost "killed me" in a horrifying near-miss at the Austrian Grand Prix on Sunday. 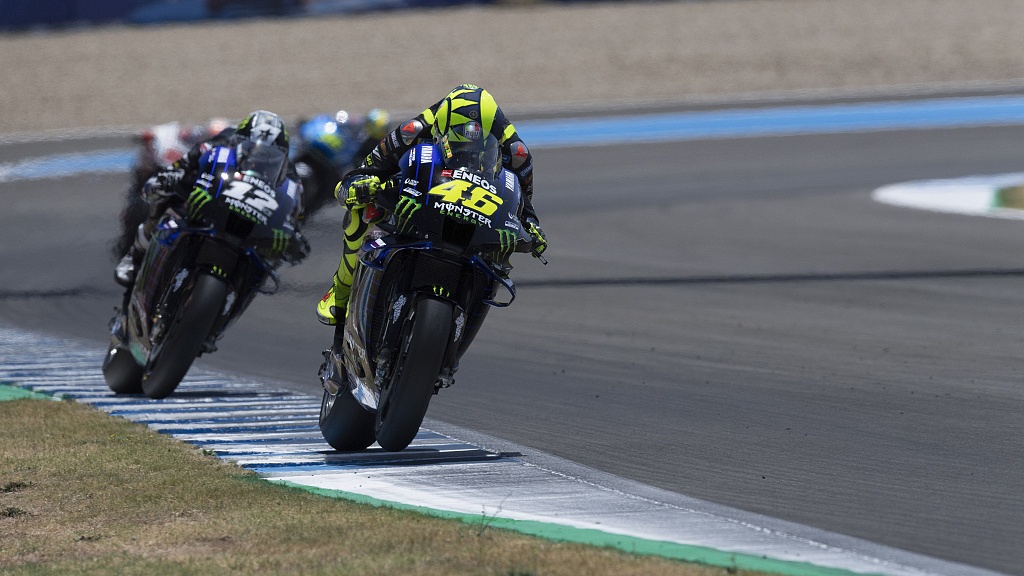 The 41-year-old Italian, a nine-time world champion, was left badly shaken after Franco Morbidelli's Yamaha flew across the track just centimeters in front of him.

Morbidelli and the Ducati of Johann Zarco had collided just seconds before the riders slipped through turn four at Spielberg on lap eight of the race.

Both men were unseated. 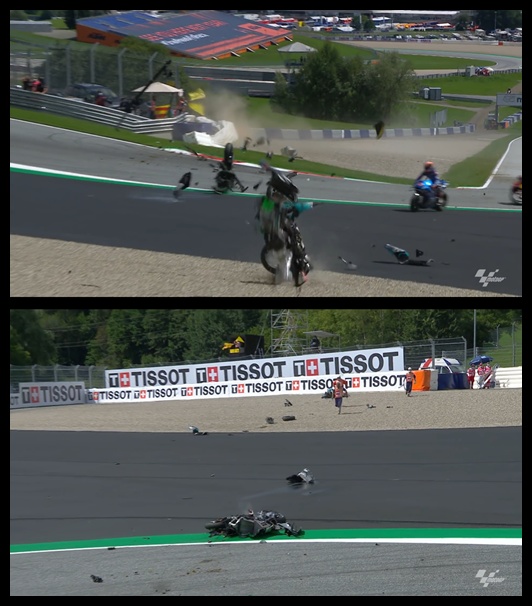 The crash during the Austrian Grand Prix in Spielberg, August 16, 2020. /Screenshot from MotoGP Youtube

Zarco's free-wheeling Ducati also came desperately close to hitting Rossi as well as his Yamaha factory teammate Maverick Vinales who was just ahead of him.

"Even Zarco's Ducati passed a few meters over me, it was a very dangerous moment."

Incredibly, Rossi managed to compose himself and after the race was restarted came home in fifth place.

"I was so scared. I am shaken, resuming the race was tough. I took the biggest risk of my career," he told Sky Italia.

"I saw a shadow, I thought it was the helicopter from above, sometimes it happens during the race that the helicopter passes over and casts a shadow. Instead, two 'bullets' arrived." 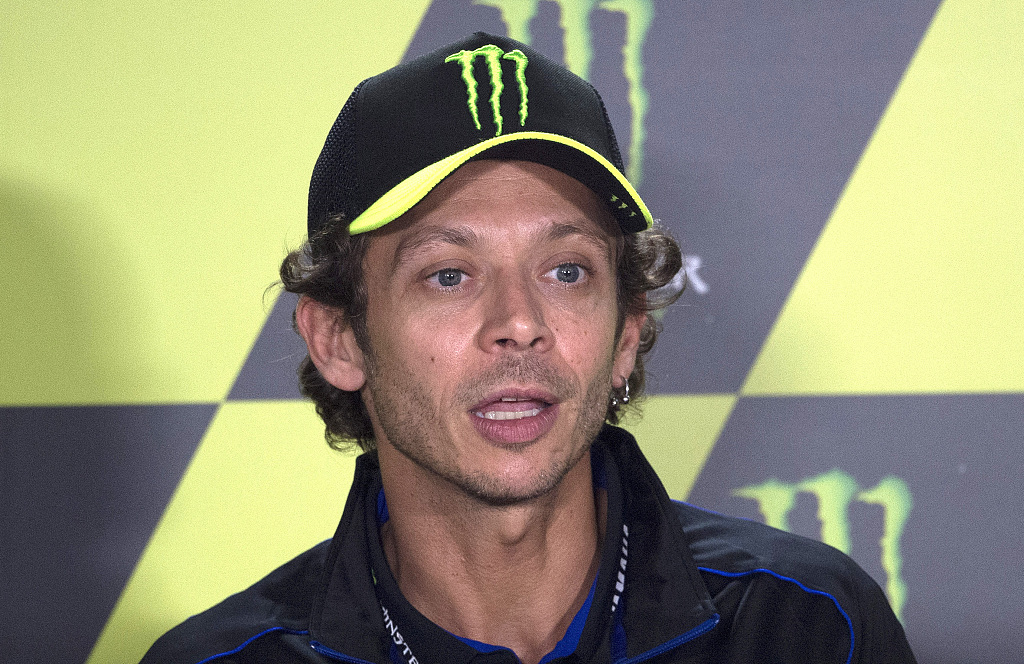 Valentino Rossi of Italy and Monster Energy Yamaha MotoGP Team speaks during the press conference before the MotoGP of Czech Republic  in Brno, August 6, 2020. /VCG

"We're competing in a very dangerous sport, you have to have respect for those who run on the track with you," added Rossi after a race won for the second year in succession by Andrea Dovizioso on a factory Ducati.

"Zarco is not new to these things, what happened is very clear: Zarco overtook Morbidelli on the straight and then didn't want to be overtaken by Franco, so he specifically went to brake in front of him.

"But at 300kmh, being a MotoGP, Morbidelli was unable to do anything. Zarco braked in front of him, Franco couldn't do anything."

Zarco, the 30-year-old French rider, said he was unsure what caused the crash.

However, he claimed he was innocent of any wrongdoing.

Earlier, in the Moto2 race, Malaysia's Hafizh Syahrin also had a narrow escape when he crashed into the bike of Italian Enea Bastianini which was lying in the middle of the track after a fall.