Thomas Mueller admits his crucial miss at Wembley for a late equaliser in the 2-0 defeat to England which knocked Germany out of Euro 2020 "hurts like hell". 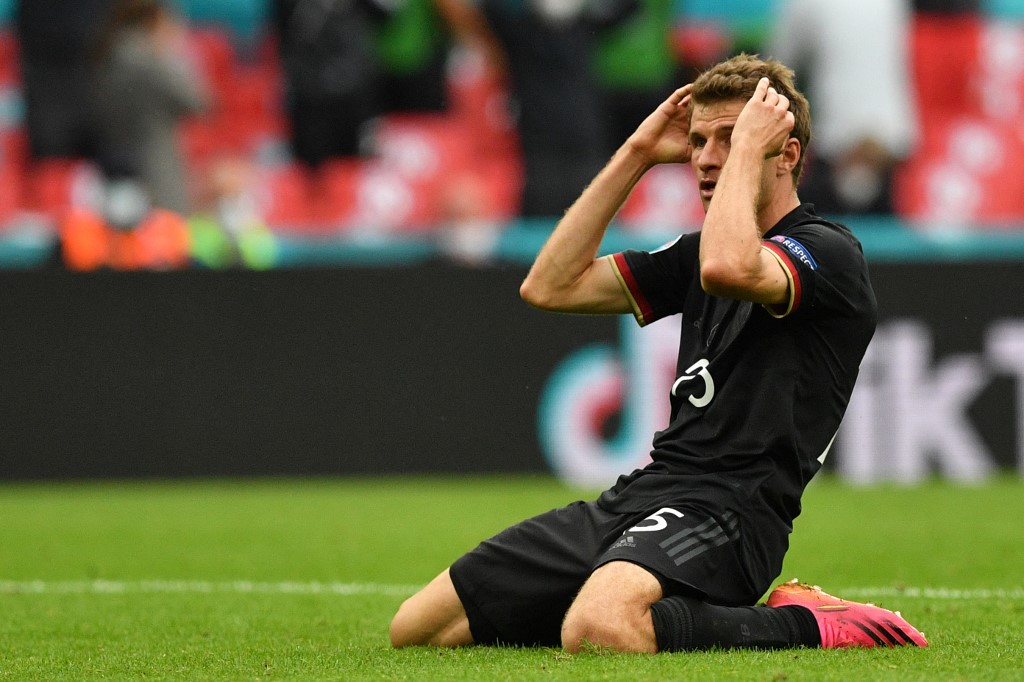 Germany's forward Thomas Mueller reacts after a missed chance during the UEFA EURO 2020 round of 16 football match between England and Germany at Wembley Stadium in London on June 29, 2021. (Photo: AFP)

With England 1-0 up in Tuesday's last 16 clash thanks to a Raheem Sterling goal, Mueller managed to break clear of the England defence with nine minutes left, but fired agonisingly wide with the goal at his mercy.

"To get that opportunity and then have it go to waste, it hurts like hell," Mueller wrote on Instagram Wednesday under a picture with his head in his hands on the Wembley turf.

"There it was, that one moment that stays in your memory at the end, that keeps you awake at night.

"The moment you work, train and live for as a footballer.

"That moment when you alone have it in your hands to bring your team back into a tight knockout game and send an entire football nation into ecstasy."

With the Germans ruing Mueller's miss, England doubled their lead moments later when Harry Kane scored to put the Three Lions in the quarter-finals and send Germany out.

"It hurts me for the whole @dfb_team (German FA), my teammates and our coach who all put their trust in me to be there right then," added Mueller, as Joachim Loew had his final game as Germany coach after 15 years in charge.

"But most of all, it hurts because of all the Germany fans out there who have stood by us and supported us during this European Championship. Thank you for your support."

The 31-year-old was recalled from a two-year international football exile to play at the Euro finals.

Had he scored at Wembley, Mueller would have claimed his 40th goal in 107 internationals, but he has now failed to hit the net at three consecutive European Championships.