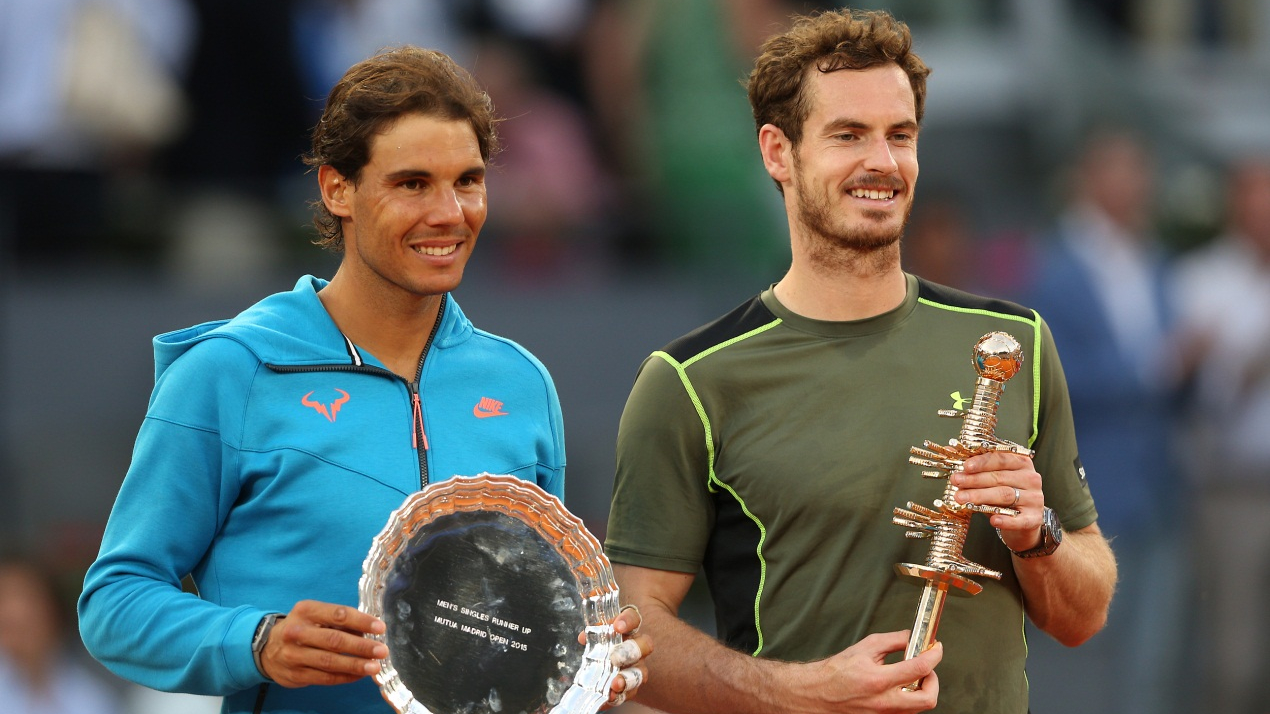 Andy Murray of Great Britain poses with his winners' trophy after his straight sets victory against Rafael Nadal of Spain in the men's final at the Madrid Open in Madrid, Spain, May 10, 2015. (Photo: VCG)

In the first video game tournament, the Virtual Madrid Open, Andy Murray stole the show with his gaming skills and his antics -constant banter, grunting after points, and trash talk.

The three time grand slam champion met David Goffin in the final in what ended up being a 7-6 tight contest.

The two time actual Madrid Open champion had a big smile on his face while still grunting with each shot. He attacked the lines and his aggression paid off with a clean forehand winner to break for a 4-3 lead. But Belgium's Goffin bounced back with a break of his own while Murray admonished his man. It went to a tiebreaker and Murray had championship point later. Goffin hit wide and the Scot won the breaker 7-5 to claim the title.

After the match Murray said he will donate half of the 45,000 U.S. dollars prize money to the NHS and the other half to the tennis player relief fund.

The 32-year-old also said "when playing in a virtual game, you will feel a little bit like you're not in control, and the heart rate got up especially at the end, however in an actual and real tennis match, you will feel differently."

Meanwhile on the women's side, the winner of last year's Real Madrid Open, Kiki Bertens of Netherland took on Fiona Ferro. Bertens nailed a backhand winner and broke to lead 3-0.

The world number seven soon extended advantage to 5-2, and won another point with a cross-court forehand, then went on to seal the victory 6-2 with completing an undefeated week to claim the title for a second year in succession.