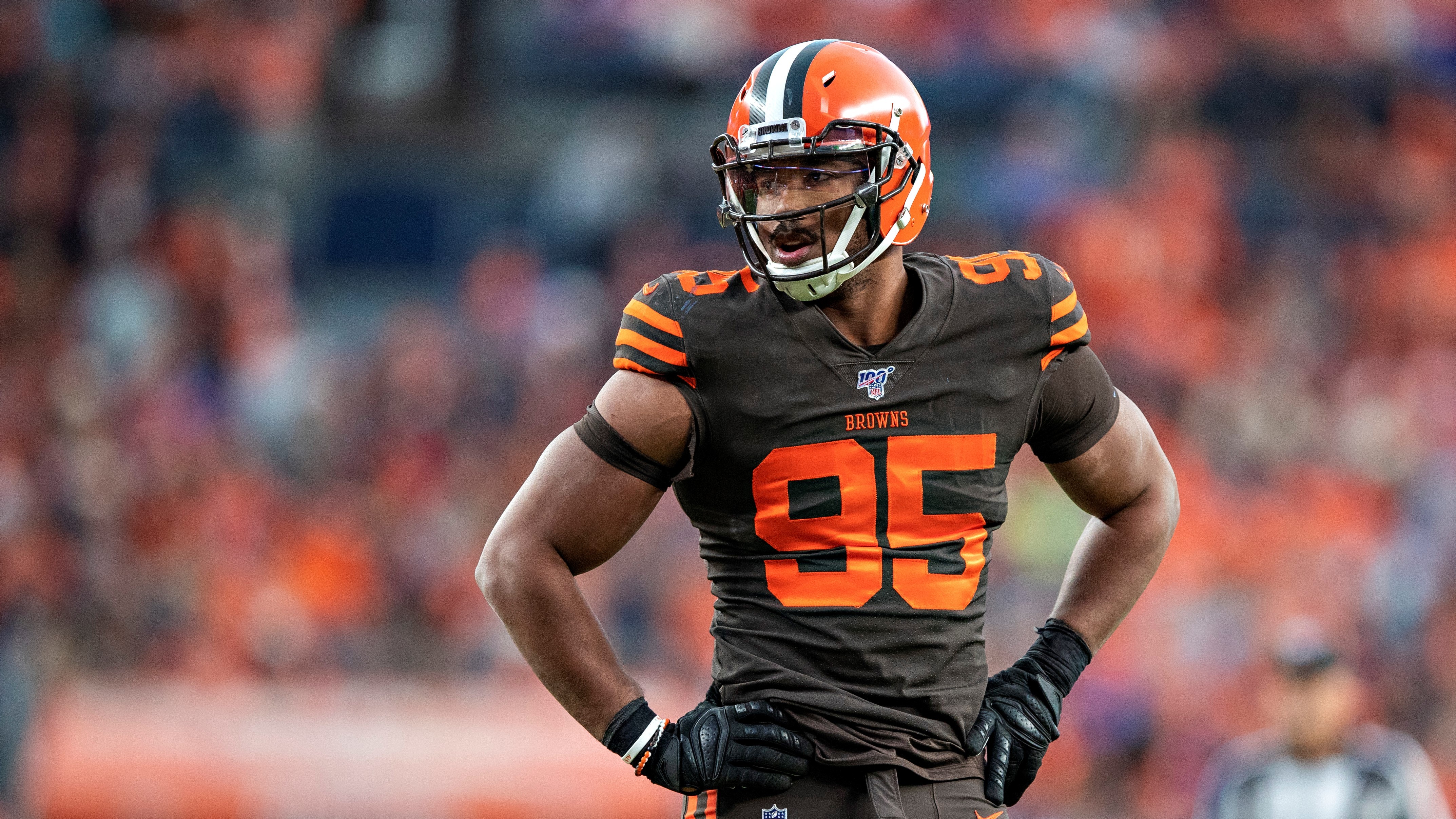 Myles Garrett, defensive end of the Cleveland Browns in the game against the Denver Broncos at Broncos Stadium at Mile High in Denver, Colorado, November 3, 2019. (Photos: VCG)

Myles Garrett, the Cleveland Browns' defensive end who just signed a five-year, 125-million-U.S.-dollar contract with the team on Wednesday, said he will prove he's worth the biggest deal in NFL history for a defender with his performance in the field.

100-million of Garrett's new contract is guaranteed and he will receive half of it for signing bonus. Both the guaranteed number and the average number – 25 million, according to ESPN – surpassed the contract of Khalil Mack with the Chicago Bears. By the way, Mack in 2016 was named the Defensive Player of the Year.

Apparently, Garett is after the same honor. "I was in the (defensive) player of the year conversation (last year). I don't want to make it a conversation anymore. This next year, I want to ball out, win that award ... take my team to the playoffs. ... I want to lead Cleveland to the promised land," said Garett in the interview on Thursday. 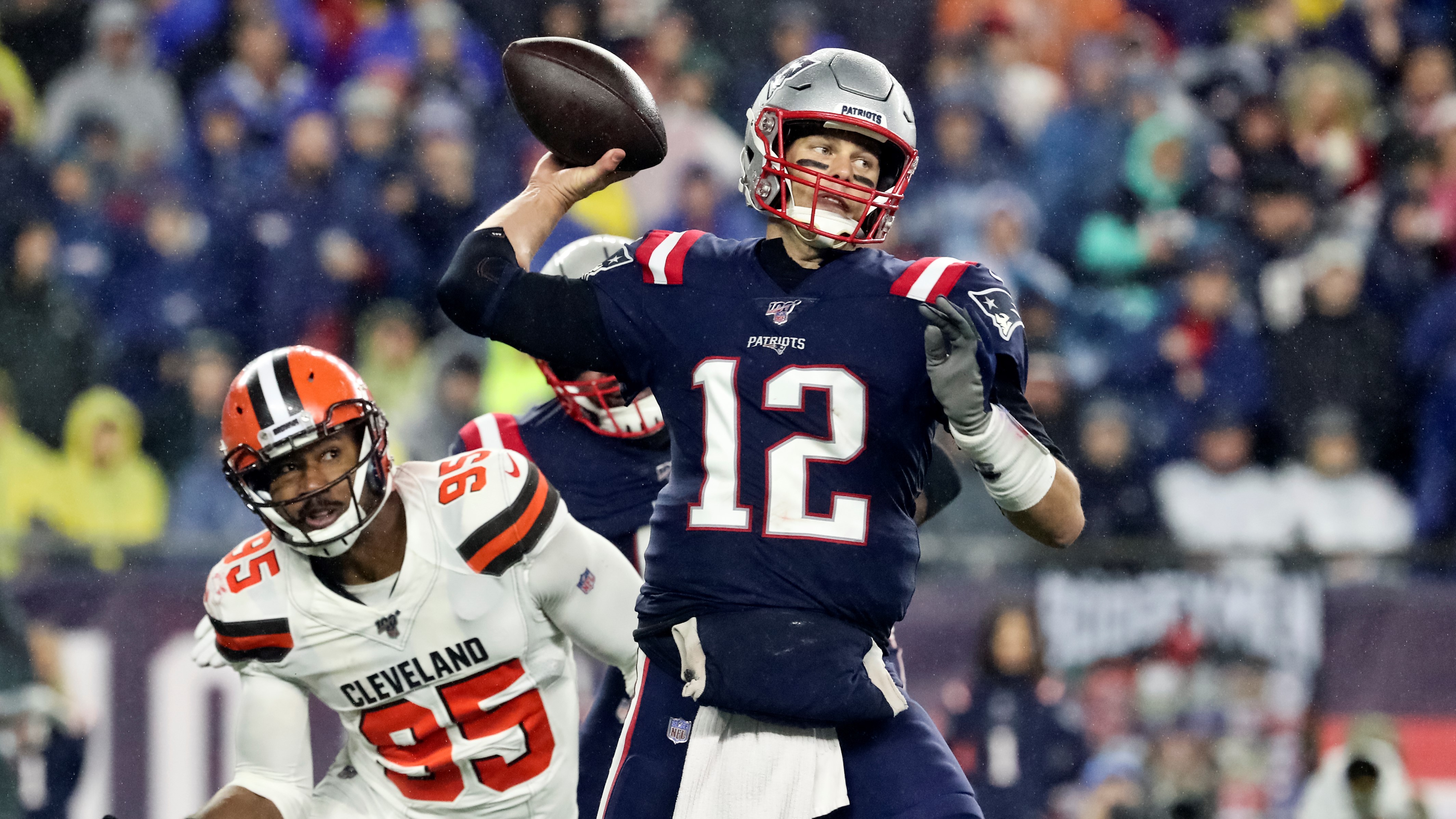 Defensive end Myles Garrett #95 of the Cleveland Browns tries to approach quarterback Tom Brady of the New England Patriots in the game at Gillette Stadium in Foxborough, Massachusetts, October 27, 2019.

Having played 37 games in three seasons in the league, Garrett averaged 2.8 tackles and 0.8 sacks per game and has been known as one of the toughest defenders in the league. He's definitely hopeful for the DPOY award. However, helping the Browns make the playoffs will be a different story since the last time that happened was in 2002. By the way, Garrett was only seven years old back then.

Many had expected the Browns to break that awkward record last season as the team had Baker Mayfield and Odell Beckham Jr. However, the Browns responded to people's expectation with a disappointing 6-10 record. In January, they fired head coach Freddie Kitchens and general manager John Dorsey. 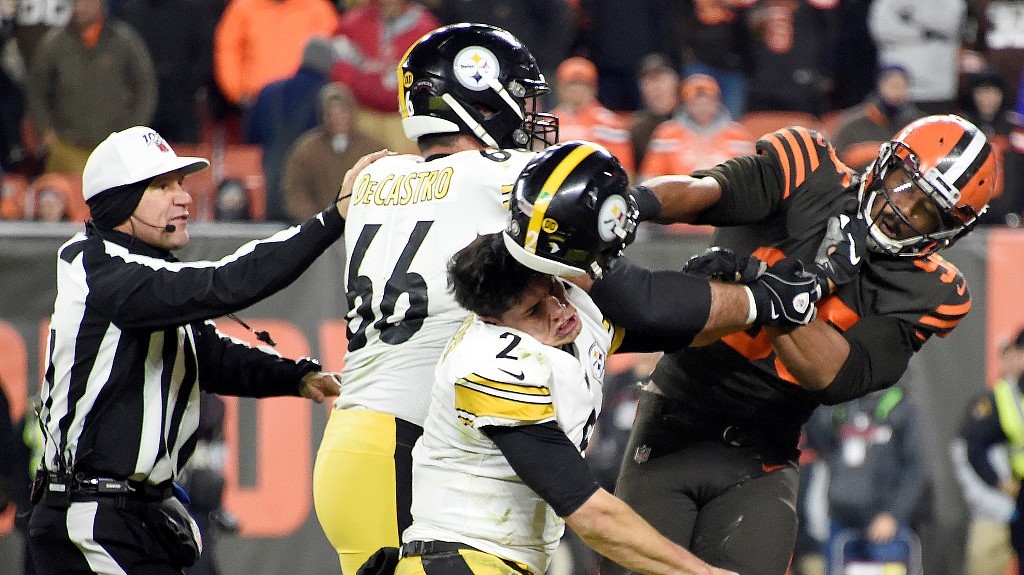 Defensive end Myles Garrett (R) of the Cleveland Browns hits Quarterback Mason Rudolph of the Pittsburgh Steelers over the head with his helmet in the game at FirstEnergy Stadium in Cleveland, Ohio, November 14, 2019.

If Garrett wants to help put his team back onto the correct track, not only does he need to do better in defense, he also has to control his temper and behavior. After all, he was suspended for the last six games for hitting Mason Rudolph with the quarterback's helmet in the game against the Pittsburgh Steelers on November 14, 2019.

Garett denied he is a dirty player and called that incident "a small bump in the road."

"The players I've played with and know, that's not who they see. They've never thought of me that way. I've never been that," said Brown. The Browns and the Steelers are scheduled to meet again on October 18. Garrett said he has no ill intent towards either Rudolph or Steelers head coach Mike Tomlin.

The Browns betted such a juicy deal on Garrett and Garrett was at least sending a positive signal. The team are still filled with excellent talents and they just need to know how to play like a team in the field. "Now I have to assert myself as top dog. I feel like I'm confident and ready to do that. They had faith in me, and now I've got to give (the Browns) a reason to have that faith," said Garrett.