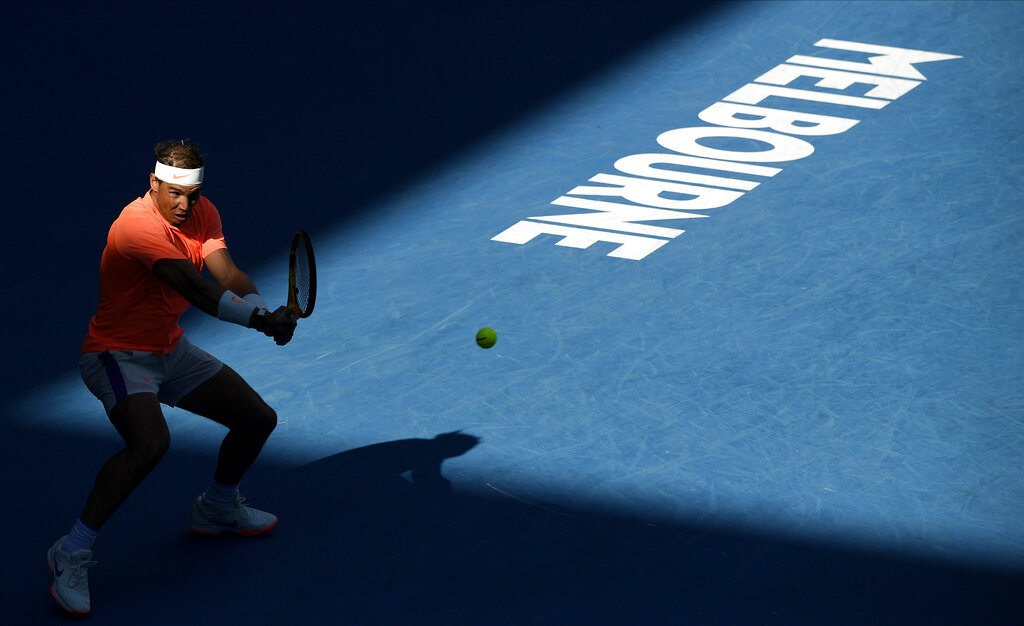 The Spaniard, bidding for a first title at Melbourne Park since 2009, has yet to drop a set and kept the record intact against the fiery Italian, winning 6-3, 6-4, 6-2 on Rod Laver Arena.

It is the 13th time he has made the last eight in Australia, moving to joint third on the all-time list behind only Roger Federer (15) and John Newcombe (14).

The result keeps him on track to meet top seed Novak Djokovic in the final, with the Serb, who is carrying an abdominal injury, into his 12th quarter-final after seeing off the threat of Milos Raonic on Sunday evening. 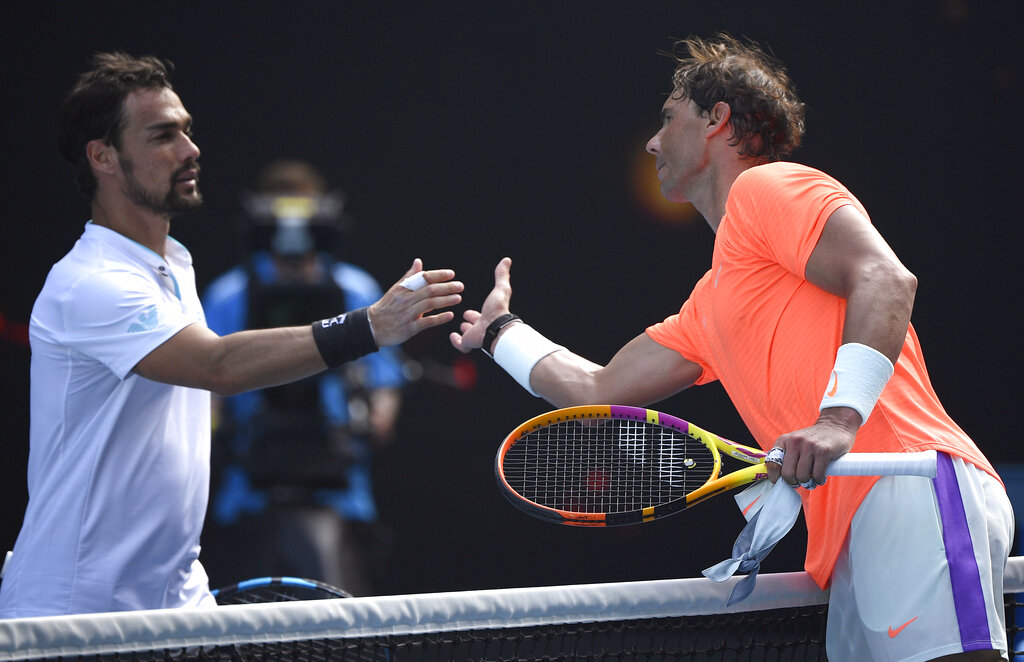 "Happy to be in the quarter-final, positive start," said Nadal, who is chasing his 21st major title and sole ownership of the men's record, which he currently shares with Federer.

"When you play round of 16 against a great player like Fabio they are always fighting. You can't expect to go on court and not have some problems facing these types of players."

Next up is either fifth seed Stefanos Tsitsipas or ninth seed Matteo Berrettini, who play later Monday, with the Spaniard enjoying a stellar record against both.

Nadal owned a 12-4 advantage over flamboyant Fognini dating back to 2013 coming into the clash and, despite some lower back tightness, he looked sharp.

But it wasn't vintage tennis from the 34-year-old.

He didn't serve at his best but returned well, creating 19 break points chances, although he only put away six of them, with just 24 winners to the Italian's 32.

Nadal quickly raced to a 3-0 lead in the first set after hitting several stunning winners.

But the 33-year-old Italian is a fighter and gathered himself, breaking back before Nadal immediately broke again.

The Italian saved three sets points, but his resistence finally crumbled after 46 minutes.

The pair won their serves through the opening games of the second set until Fognini surprisingly made a move, breaking for 4-2 when Nadal fluffed a forehand from the baseline.

Both players were struggling on serve with Nadal earning five break points in the next game, finally converting and then saving three on his own service game.

But as Fognini's error-count began creeping up, Nadal broke once more and made no mistake to wrap up the set.

He accelerated in the third set as Fognini faded, lacking the fight shown in the first two sets as Nadal put his foot down and sprinted to the finish line.