SPORTS Nadal: "It's not wise to play competitions at the moment"

Nadal: "It's not wise to play competitions at the moment"

MADRID, April 27 (Xinhua) -- Spanish tennis star Rafael Nadal believes it will be difficult for professional tennis to return in the near future because of the threat of the coronavirus. 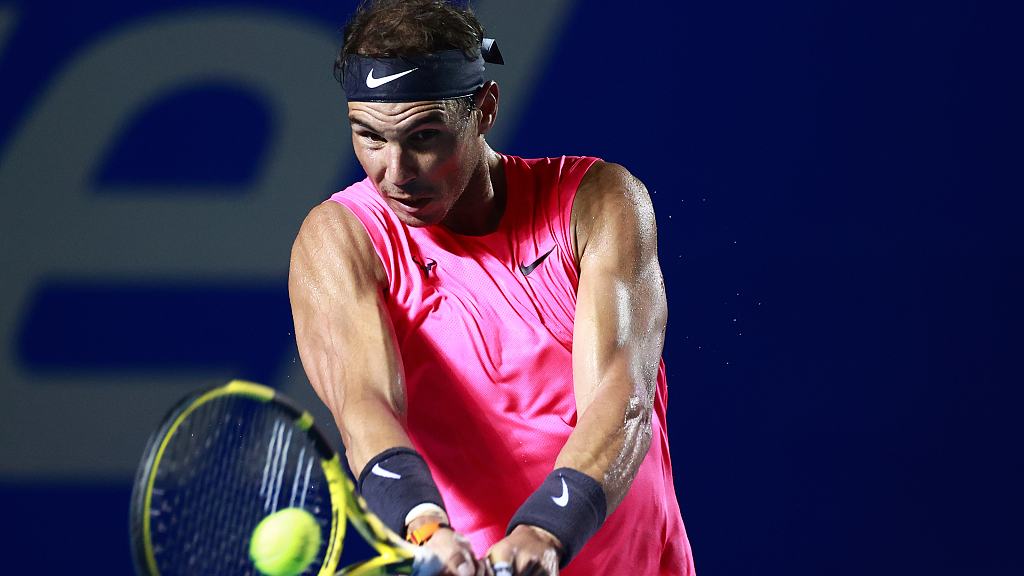 Rafael Nadal of Spain in action during the match against Grigor Dimitrov of Bulgaria at ATP Mexican Open 2020 in Acapulco, Mexico, February 28, 2020. (Photo: VCG)

Speaking to Spain's four major sports papers (Marca, As, Mundo Deportivo and Sport) as part of his attempts to raise funds for the Red Cross with basketball star Pau Gasol, Nadal said returning to training should not present any health problems as "tennis is a sport where you maintain your distance," but he believes playing a tournament, even behind closed doors, is very different.

"We have to be sensible and coherent. We have to travel to a different country every week and even if you play without public, you have to realize that to play a grand slam, you have 128 men and 128 women and their teams."

"Even if you don't have public, you are still in contact with each other and you need to have a lot of services," said Nadal.

"You also need hotels and it is much more complicated. If I had to play without public, I would do so, but I don't think that it is prudent to play tournaments at the moment," he explained.