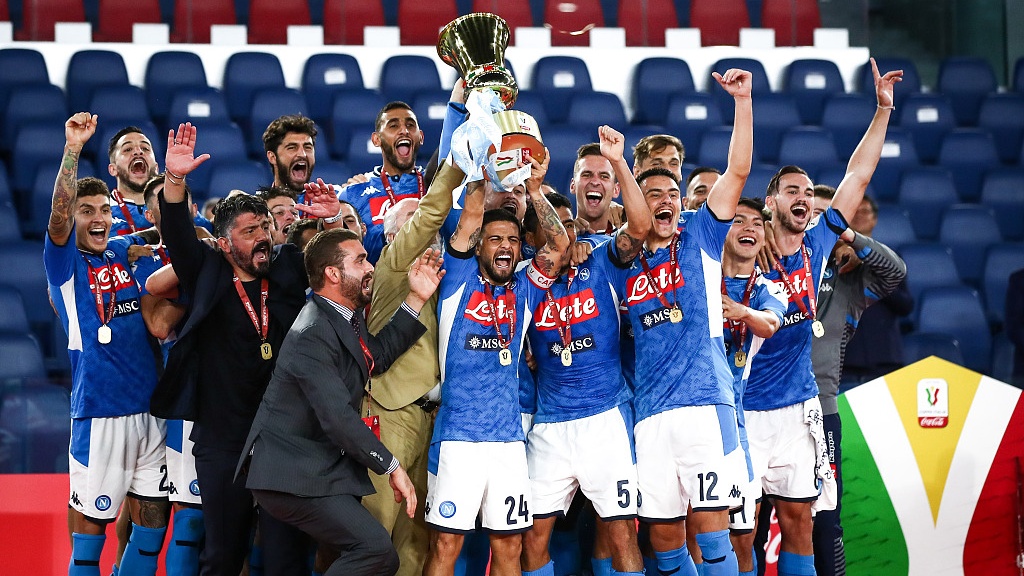 Napoli claimed their sixth Coppa Italia title after beating Juventus on penalties 4-2 after the two sides played to a 0-0 draw behind closed doors on Wednesday.

Paulo Dybala and Danilo missed the goal in the first two attempts of Juventus, while Napoli converted all of their attempts to give coach Gennaro Gattuso the first major trophy of his coaching career.

Napoli nearly won it in stoppage time but were foiled by a superb double save by Juventus's 42-year-old goalkeeper Gianluigi Buffon, who made a series of difficult saves throughout the game.

"Gigi (Buffon) is still the No. 1. He proved that tonight with three or four huge saves," said Alex Meret, Napoli goalkeeper.

"It's an honor for me to play against someone who was and is still my idol, so that makes it all the more special." 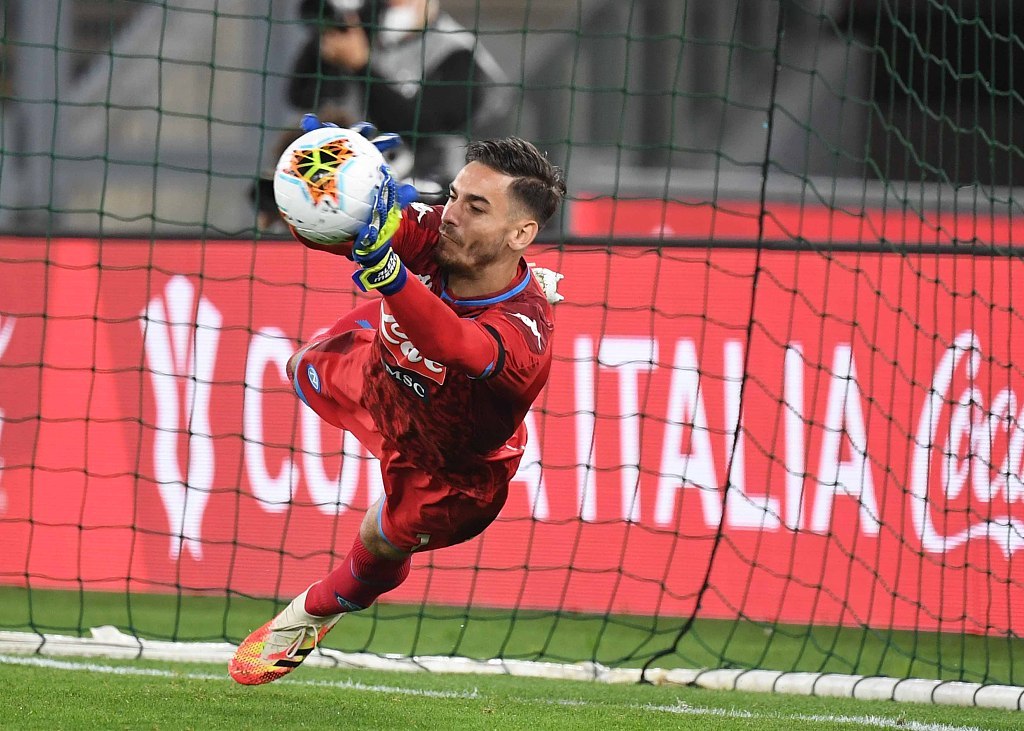 Alex Meret of Napoli during the Coppa Italia final match against Juventus at Olimpico Stadium in Rome, Italy, June 17, 2020.

Napoli won the match before Juventus star Cristiano Ronaldo had a chance to get to the penalty spot.

Ronaldo struggled with regaining his acceleration ability after three months of no game, since the sport was halted by the coronavirus pandemic in mid-March.

Ronaldo appeared to be disappointed after the game.

"He was a little sad at the result," explained teammate Juan Cuadrado. "It's always a lottery when it goes to penalties."

Juventus controlled most of the possession but Napoli had the better chances in the shootout. The title provides Napoli with direct entry into next season's Europa League group phase. The Partenopei, though, still have to play the second leg of this season's Champions League round of 16 against Barcelona.

It's the second trophy that Juventus has missed out on this season after losing to Lazio in the Italian Super Cup in December.

But Juventus remains the favorite for a record-extending ninth straight Serie A title with a one-point lead over Lazio, and is also still in the Champions League. The Serie A will soon resume on June 20.