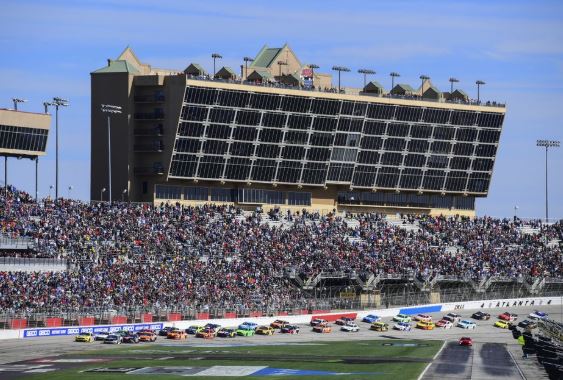 NASCAR has postponed the May 9 race at Martinsville Speedway in Virginia, which is under a stay-at-home order into June.

NASCAR suspended its season four events into the year when sports shut down because of the coronavirus pandemic. It listed Martinsville as its first race to resume but acknowledged Friday it will not be able to hold the event.

NASCAR said it is still committed to running all 36 Cup Series races this year and will consider holding events without fans. To date, eight races have been postponed.

NASCAR has privately given teams a revised schedule in which racing would return with the Coca-Cola 600 at Charlotte Motor Speedway on May 24. The revisions call for some weeknight races and doubleheaders through the summer.

“Our intention remains to run all 36 races with a potential return to racing without fans in attendance in May at a date and location to be determined,” NASCAR said. “We will continue to consult with health experts and local, state and federal officials as we assess future scheduling options.”

Races have been postponed at Atlanta, Texas, Bristol, Richmond, Talladega, Dover and now Martinsville. The next event on the NASCAR calendar is the All-Star race on May 16 at Charlotte.