The final days of a disappointing Brooklyn Nets season ended not with Ben Simmons on the floor with his teammates, but on the floor of his home, the pain from a back injury shooting through his lower body. 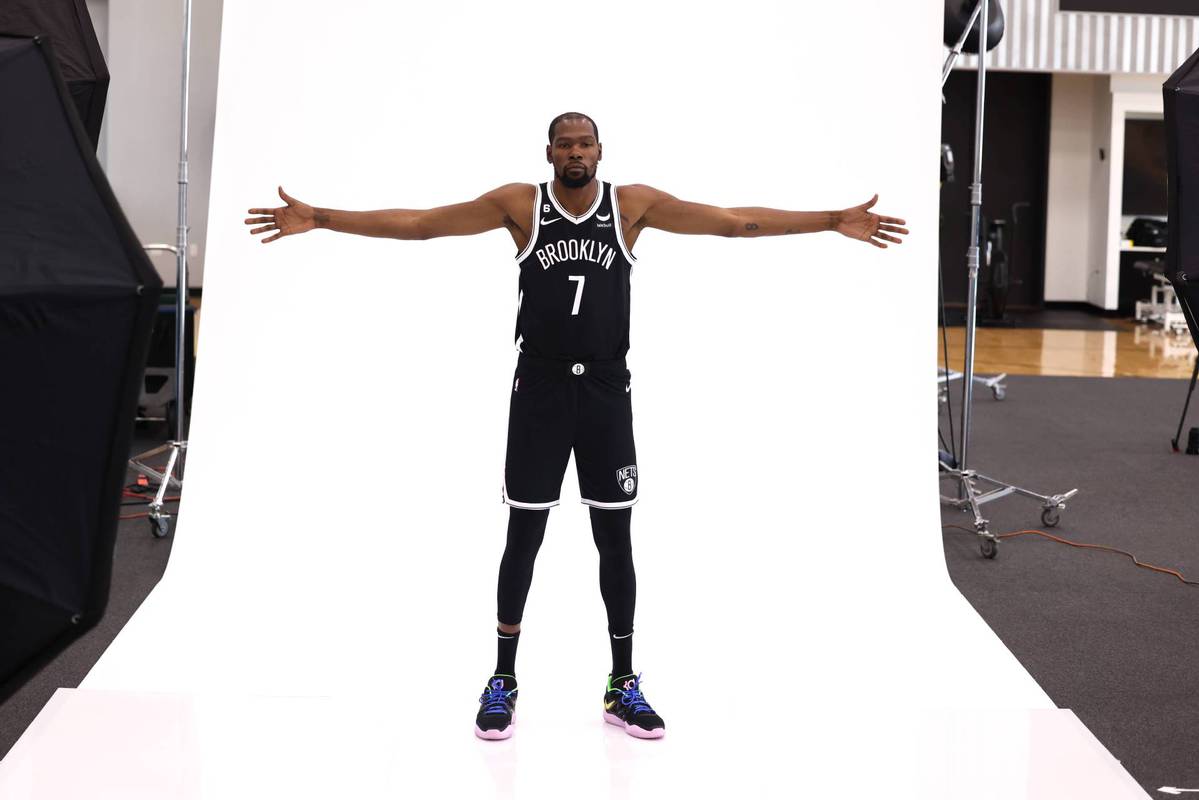 Kevin Durant poses for a photo during the Brooklyn Nets' media day on Monday. Durant is back with the Nets for another season after requesting a trade in the summer amid reports he no longer wanted to work with coach Steve Nash. (Photo: Agencies)

The Nets would go on to get swept by the Boston Celtics, with Simmons having back surgery shortly thereafter. While Simmons was rehabilitating in the summer, Kevin Durant requested a trade — unless coach Steve Nash and general manager Sean Marks were fired.

Nash wasn't sacked, nor was he even shaken.

"Knowing Kevin as long as I have, it didn't really bother me the way maybe everyone would think," Nash said. "That's a part of being a competitor, that I wasn't like overly surprised and I wasn't even overly concerned. It was just something that I thought we would address in time and we did, and here we are and we're looking forward."

The Nets opened training camp Tuesday with Simmons finally on the floor with his teammates, wearing a new number. But the book wasn't closed on 2021-22 just yet, not with Nash first having to revisit the tumultuous summer.

He and Durant have had a lengthy relationship: Nash was a consultant with Golden State during Durant's stint with the team. When the Hall of Fame point guard was hired as Nets coach in 2020, despite no experience, it was assumed that the superstar player had weighed in.

So it was shocking when reports surfaced that Durant wanted him out, except to Nash.

Nash said he knew he would talk to Durant at some point, and they did meet in August, along with Marks and owners Joe and Clara Wu Tsai, where they decided to continue together. Nash wouldn't specify what was said to get Durant back on board.

"But it was an opportunity for us to clear the air and just communicate and it was pretty straightforward," Nash said. "Didn't take a lot of time and got to the bottom of it and decided to move forward."

Durant pointed to how poorly the Nets played while he was sidelined by a knee injury in January and February as one of the reasons for his frustration, saying the team wasn't respected by its opponents. That was confirmed Tuesday by newcomer Markieff Morris, who played with Miami last season.

"I agree with what he said. They were soft," Morris said. "Point blank. When we played against them, they were soft. Just go right in their chest. That's what we did."

Having Simmons should help. He was an All-Defensive first-team pick in his final two seasons in Philadelphia, with the size and strength to guard all five positions.

Simmons sat out training camp last year after deciding he would no longer play in Philadelphia for mental health reasons. The 76ers eventually sent him to Brooklyn in February in a deal headlined by James Harden, but the 2016 No 1 draft pick's back problems flared up soon after he arrived.

It turned out Simmons had a herniated disk and underwent a procedure to remove a portion of it in the offseason.

"I don't think people really realized where I was at," Simmons said. "That day I was supposed to play Game 4, I woke up on the floor. Couldn't move, could barely walk."

He does exercises to manage the back pain and also said he takes daily steps to improve his mental health.

"That's just working on yourself and I feel like everybody has dark days, but when you're able to address it and you're able to work toward a place to where you need to be, that's where I am," Simmons said.

Most importantly for the Nets, he's finally out there alongside Durant. Nobody could be certain that would happen in the summer, though Nash never believed Durant had closed the door.

"It was never really as big a deal to me," Nash said. "I always thought we'd have our moment, discuss it and choose a course, and we're fortunate to all be in the gym working again."