Five exciting NBA games were played on Christmas Day on Wednesday. The Golden State Warriors made the biggest surprise by defeating the Houston Rockets at home. In the two heavyweight battles, the Philadelphia 76ers took down the Milwaukee Bucks, putting an end to Milwaukee's three-straight-win record, while the Los Angles Clippers again claimed victory in the second game of the "Hallway Series" against the Los Angeles Lakers as they give the purple and gold their fourth loss in a row. 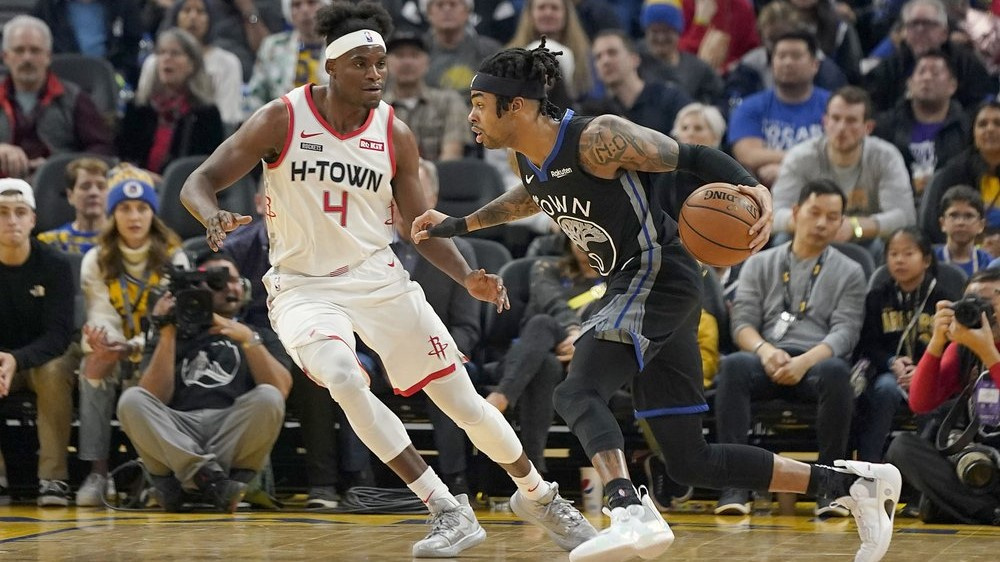 D'Angelo Russell (R) of the Golden State Warriors tries to break defense of Danuel House (L) of the Houston Rockets in the game at the Chase Center in San Francisco, California, U.S., December 25, 2019. (Photo: AP)

Few would have expected this game to end victorious for the Warriors, even if it happened at the Chase Center. Even in their best time, GSW would want the Rockets as the last rival. The good news was that the home team just dropped two wins, which is very rare for them this season.

Golden State put up an incredible defense in response to Houston which were led by James Harden, one of the most intimidating offensive weapons in today's NBA. Though Houston buried 16 3-pointers in the game, their team field goal rate was limited to 37 percent. 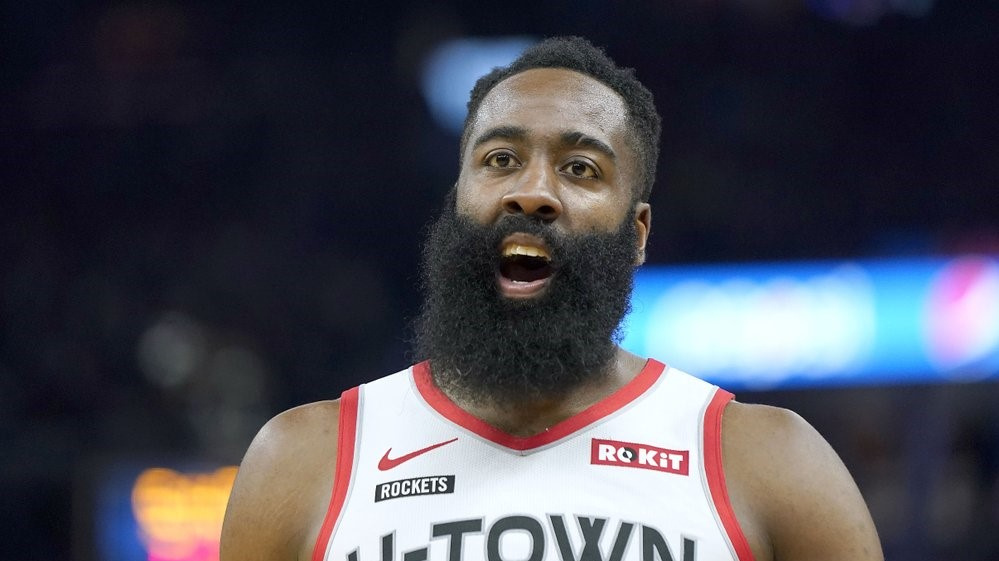 James Harden of the Houston Rockets in the game against the Golden State Warriors at the Chase Center in San Francisco, California, U.S., December 25, 2019.

Russell Westbrook had game-high 30 points but it took him 32 attempts to do that, including eight missed ones from the 3-point line. Harden though did well by making six out of 10 in 3-pointers, he only earned one free throw and missed it.

That was the secret of the Warriors' defense in the game.

"The best thing we did was not foul him. You know, one free throw. And after the first quarter, we didn't foul Westbrook much, either. And so that kept the game going and it allowed us to play in open space, because their defense is really good in the half court, so the tempo was right for us," said Kerr.

Draymond Green #24 and Ky Bowman #12 of the Golden State Warriors high-five each other in the game against the Houston Rockets at the Chase Center in San Francisco, California, U.S., December 25, 2019.

Damion Lee, Golden State's two-way contract swingman was the team's biggest hero offense wise in the game. He was 5-9 in FG, made two 3-pointers and made all the 10 free throws he earned to get 22 points, 15 rebounds, four assists and three steals.

Unfortunately, the Warriors face hard salary cap and thus cannot convert Lee's deal into a standard NBA contract unless they manage to send anyone from the roster away without accepting any new contract. If the team cannot do that, they will have to wait until March 2020 to re-sign him. 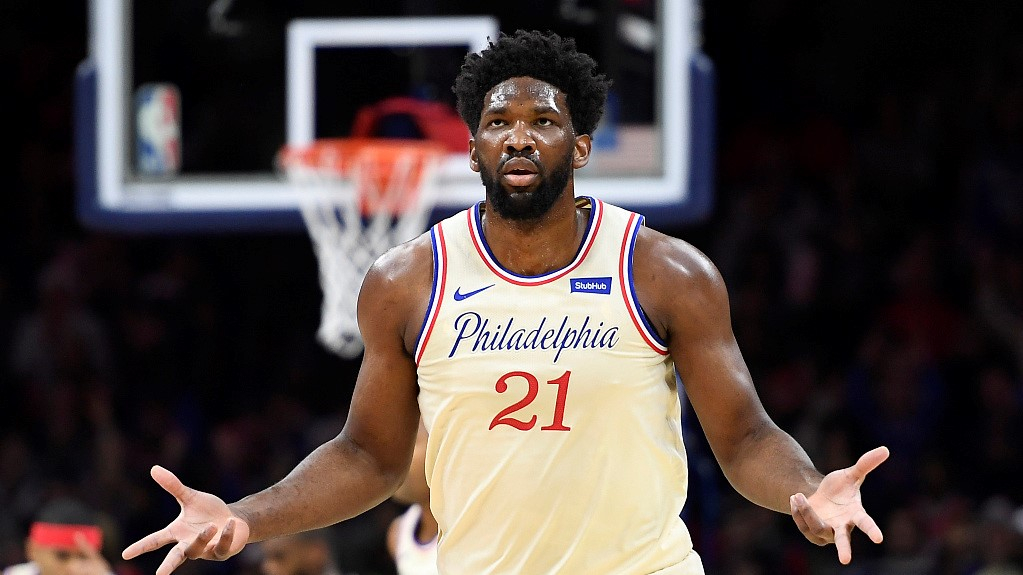 Joel Embiid of the Philadelphia 76ers reacts in the game against the Milwaukee Bucks at the Wells Fargo Center in Philadelphia, Pennsylvania, December 25, 2019.

Philadelphia 's victory at the Wells Fargo Center on Wednesday came from two successes. First, they buried a total of 21 3-pointers in the game – three by Joel Embiid, five by Tobias Harris, four by Josh Richardson, three by Al Horford and four by Furkan Korkmaz. Such heavy gunfire totally destroyed the Bucks' "rim protection first" defensive system. Meanwhile, Embiid and Bens Simmons made good use of their perimeter distraction to go 12-17 to get 24 points in the paint.

Philadelphia's second success was in their defense of Giannis Antetokounmpo, a real monster who averaged 31 points, 12.9 rebounds and 5.6 assists before Wednesday's game. In order to stop the Greek Freak, coach Brett Brown have 2.16-meter Embiid to remain in the paint to stop Antetokounmpo from assaulting the rim. Such arrangements worked as Antetokounmpo was only 6-17 under the rim but it came at a cost of Embiid committing five personal fouls and thus playing less than 29 minutes. 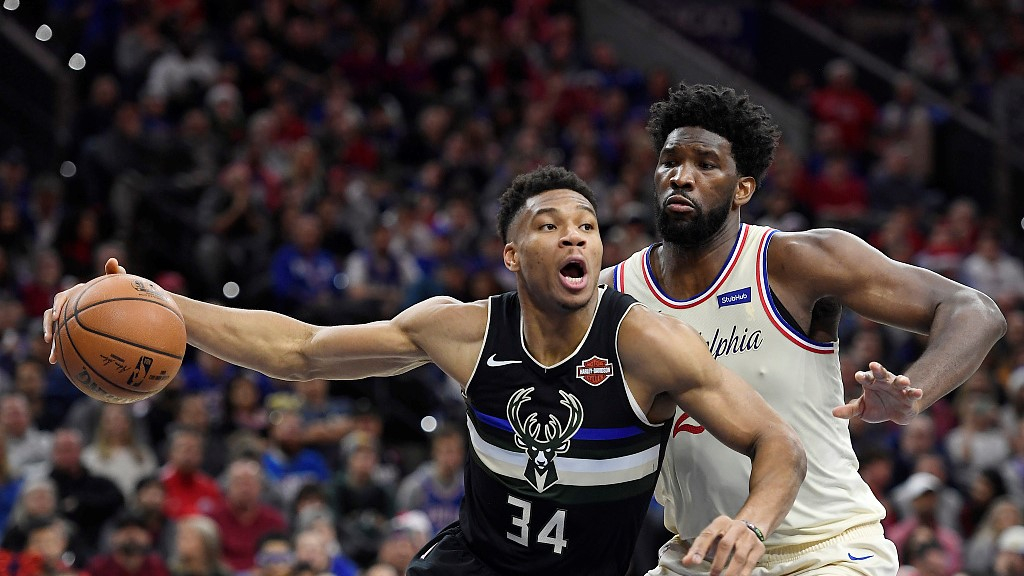 Giannis Antetokounmpo #34 of the Milwaukee Bucks tries to break through the defense of Joel Embiid of the Philadelphia 76ers in the game at the Wells Fargo Center in Philadelphia, Pennsylvania, December 25, 2019.

The 76ers were lucky during the game because Antetokounmpo, who raised his 3-point rate to 34.2 percent this season and made at least one 3-pointer in 22 consecutive days, was 0-7 from the 3-point line at the Wells Fargo Center on Wednesday. Such under-performance only gave the 76ers more reasons to stay in the paint, making it more difficult to slash.

Despite the loss, the Bucks did not seem discouraged. "We had to go through this today. We had to have our character tested today because the only way you get better is when you face adversity. I don't like losing, but at the end of the day I think sometimes when you lose this way you get better as a team," said Antetokounmpo. 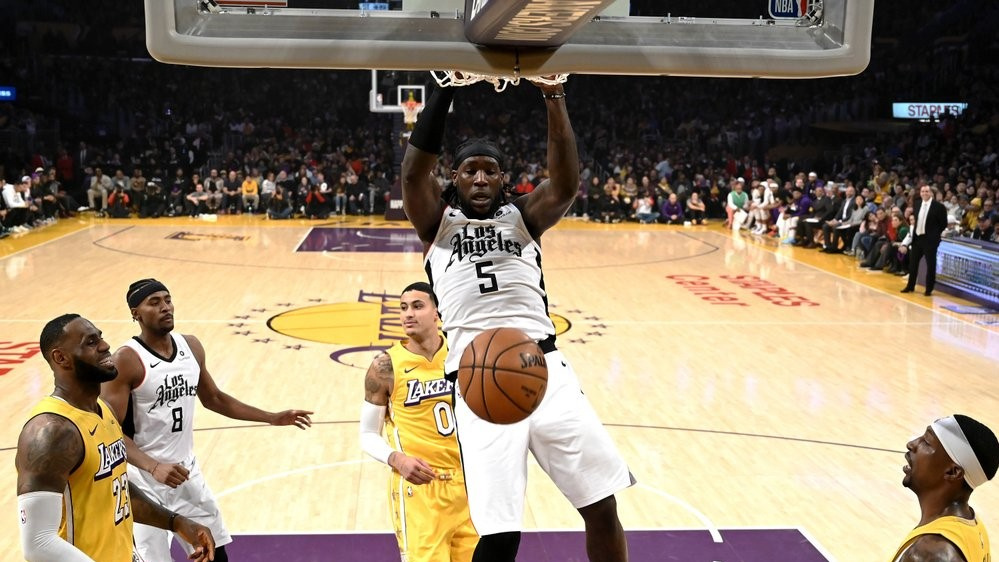 The Lakers seemed to become the favorite team of Kawhi Leonard who dropped 35 points, 12 rebounds and five assists in Wednesday's game at the Staples Center. If you count the Clippers' win over the Lakers in the opener, Leonard got 65 points at a true percentage of 70.8 in the two games.

Of course this win did not come easily. The Lakers improved one of their biggest weaknesses, bench scoring ability, as Kyle Kuzma shot down 25 points and four 3-pointers leading the team's back-up unit. Thanks to his impressive performance, the Lakers beat the Clippers in bench scoring 49-36. 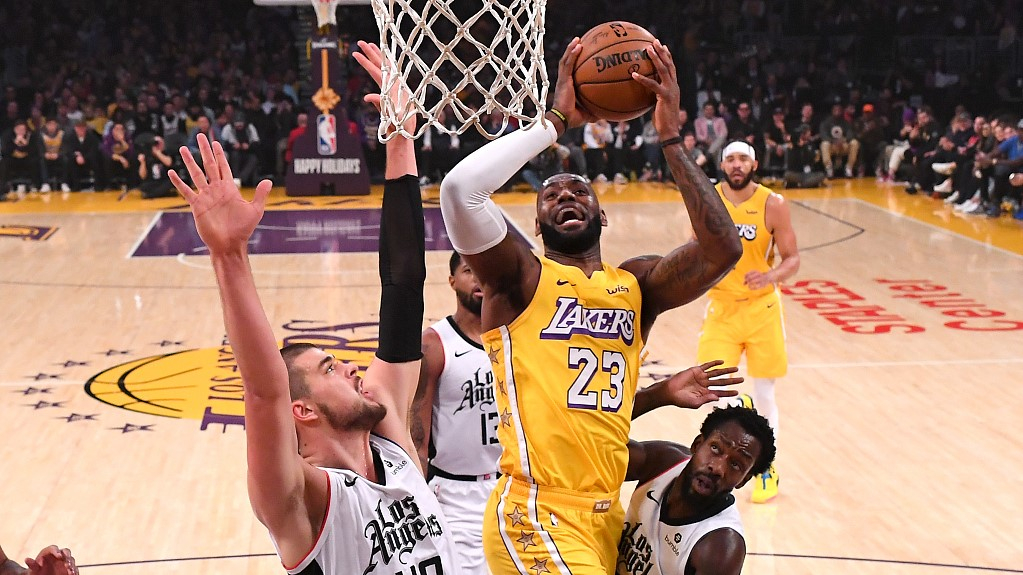 However, this time, it was the purple and gold's starting lineup, or more specifically, LeBron James, that went wrong.

As the two teams' leaders, James lost totally to Leonard in Wednesday's game. According to the Lakers' story, James suffered from thoracic muscle strain and groin injury before the game. Whether or not that is true, the almost-35-year-old lost his threat towards the rim and his penetration was not as sharp as it had been before.

As a result, James had to take more attempts from outside but going 2-12 from the 3-point line did not help at all. 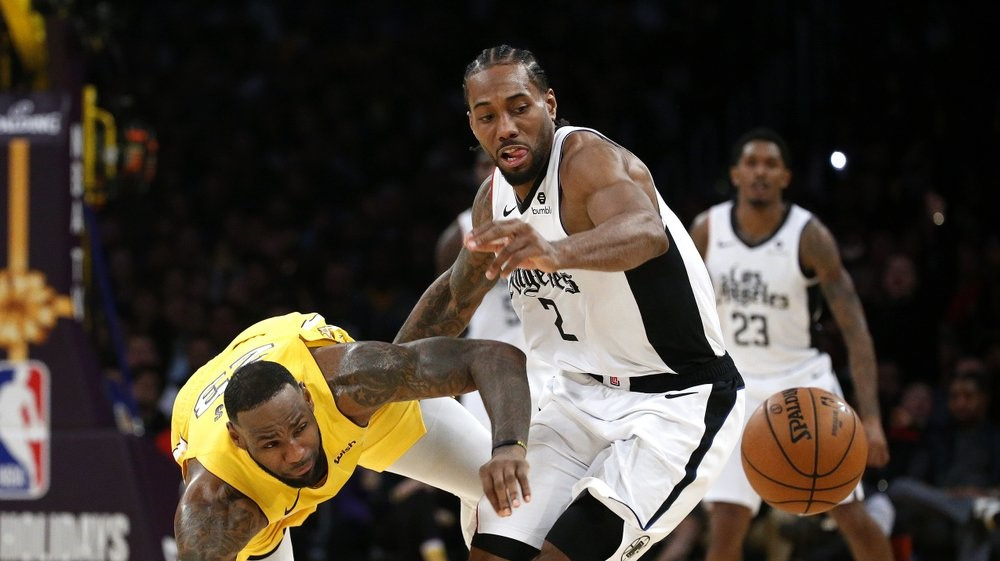 By contrast, Leonard not only hurt the Lakers' defense with his five 3-pointers, but was also able to continuously drop points via perimeter shots and free throws. At least for now, he seems more reliable than James for key plays when the game is on the line.

Other games on Wednesday (home teams in bold):