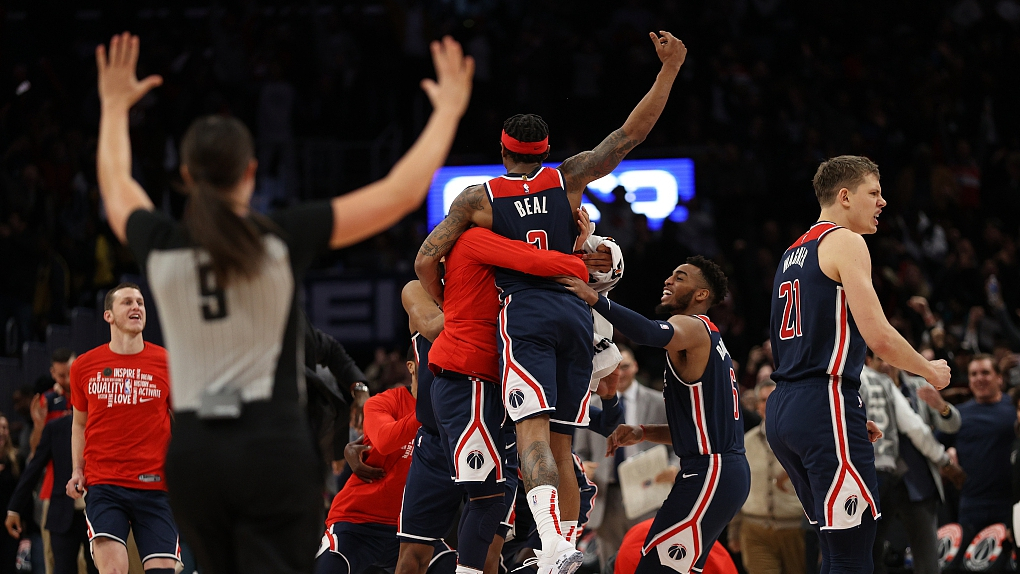 Bradley Beal celebrates with teammates after scoring the game-winning basket for Wizards during the game against Mavericks, Washington, February 7, 2020. (VCG Photo)

They felt as though things slipped away well before that.

Beal made a layup with 0.2 seconds left to finish with 29 points and give the Washington Wizards a 119-118 victory Friday night over Dallas, which has dropped three of five since Doncic went out with a sprained right ankle. The Mavericks committed 14 turnovers that turned into 23 Wizards points, and they weren't themselves defensively in part because Kristaps Porzingis got into foul trouble.

"The game was lost throughout," Mavericks coach Rick Carlisle said. "We had too many miscommunications, and it was a collection of defensive mistakes over 47 minutes and 58.2 seconds or whatever it was that led to this. Just very disappointing."

"He was reading the defense really well and it's a great play, good screen, good finish," coach Scott Brooks said. 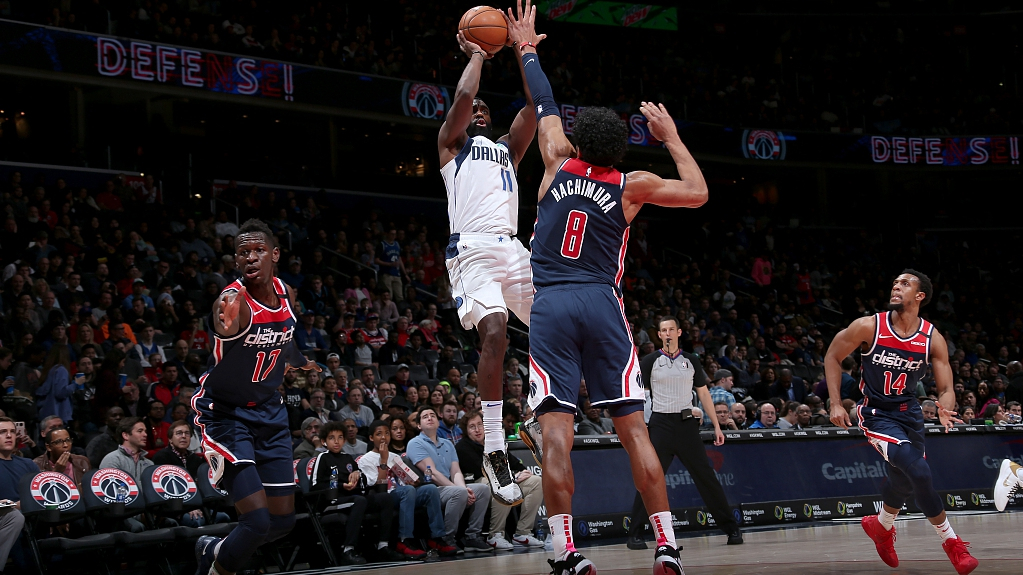 Tim Hardaway Jr. of the Dallas Mavericks shoots the ball against the Washington Wizards at Capital One Arena in Washington, DC., February 7, 2020. (VCG Photo)

Beal fell one point short of reaching 30 for an eighth consecutive game, but felt great about getting the 18-32 Wizards to the edge of a playoff position in the Eastern Conference. They're three games back of the eighth seed.

"It just meant a lot to win at the end of the day," said Beal, who was 11 of 28 from the field. "We've got four or five home games before the break. We can take full advantage of that and be sitting right in the playoff picture."

Washington made 19 of 38 3-pointers. Davis Bertans was responsible for five of them and finished with 20 points.

"We've just got to do a better job guarding guys," Mavericks forward Dorian Finney-Smith said. "We've got to limit the wide-open 3s." 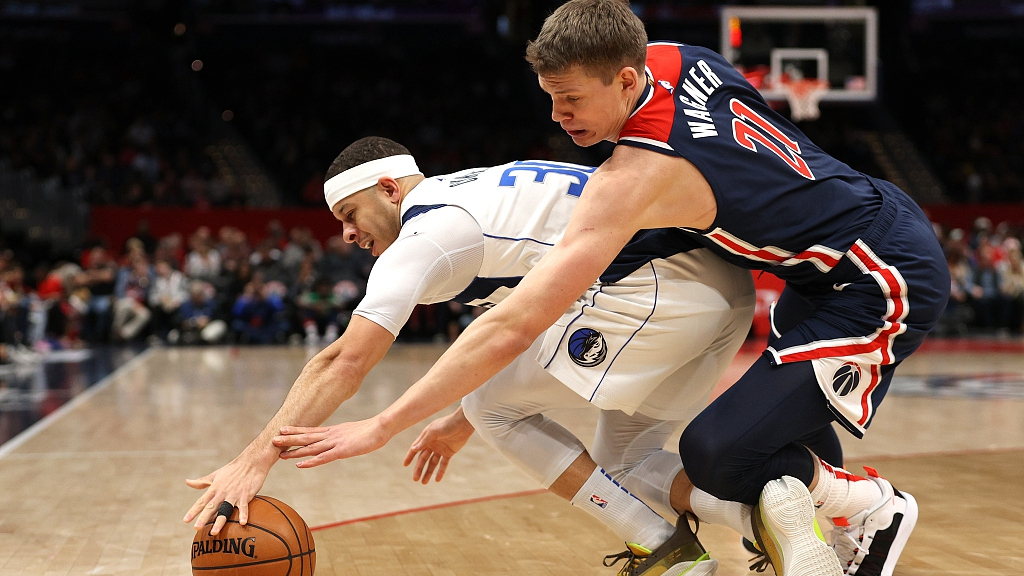 Seth Curry of the Dallas Mavericks and Moritz Wagner of the Washington Wizards battle for the ball during the first half at Capital One Arena in Washington, DC., February 7, 2020. (VCG Photo)

Rookie Rui Hachimura took it to Porzingis, getting the Mavericks center into foul trouble and finishing with 17. Porzingis, who played without a protective face mask two nights after breaking his nose, picked up his fifth early in the fourth quarter and had 11 points in just 21:16.

Shuffling Porzingis in and out didn't help the Mavericks' rhythm, especially on defense, where players blamed a lack of communication.

"This team is way too close to not talk as much as we did tonight," Jalen Brunson said. "We have very good chemistry, we all enjoy each other, so this is a very uncharacteristic night for us not talking defensively."