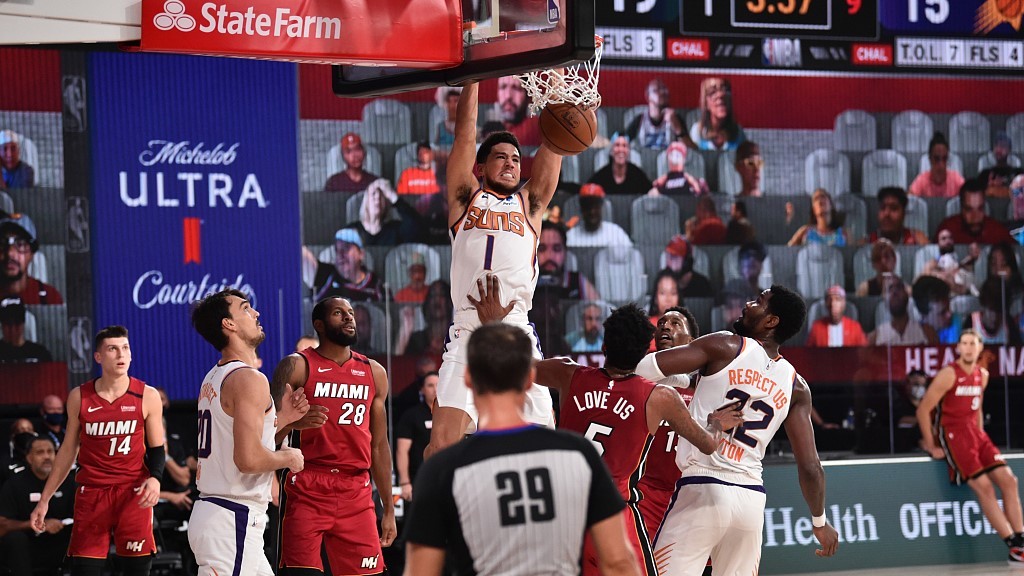 Devin Booker #1 of the Phoenix Suns dunks in the game against the Miami Heat at the Visa Athletic Center at ESPN Wide World of Sports in Orlando, Florida, August 8, 2020. (Photos: VCG)

The Phoenix Suns continued their amazing performance during the NBA restart in Orlando as they defeated the Miami Heat 119-112. This was the fifth straight win for the Suns, which have already risen to No. 10 in the Western Conference, surpassing the San Antonio Spurs and only 0.5 a game away from No. 9 Portland Trail Blazers.

Though he missed all seven attempts from the 3-point line, Devin Booker still scored a court-high 35 points plus five rebounds and six assists. His teammate Deandre Ayton got 18 points and 12 rebounds. Ricky Rubio dropped seven points, 10 rebounds and eight assists. 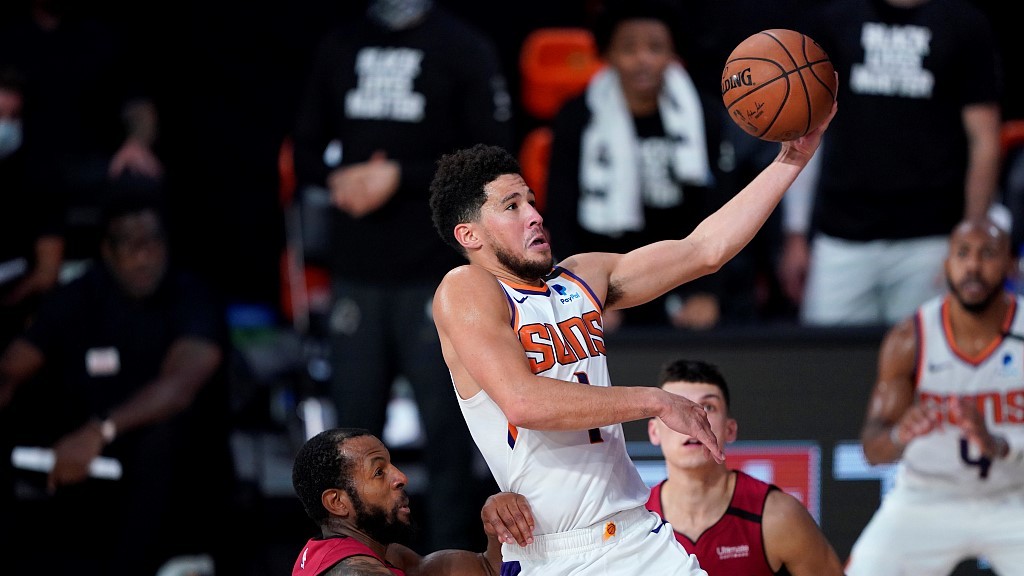 Devin Booker #1 of the Phoenix Suns drives towards the rim in the game against the Miami Heat at the Visa Athletic Center, August 8, 2020.

Phoenix became the only all-win team in the bubble. They still have three games to go: against the Oklahoma City Thunder on August 10; against the Philadelphia 76ers on August 11; against the Dallas Mavericks on August 13. None the three opponents were easy to deal with but neither are today's Suns. 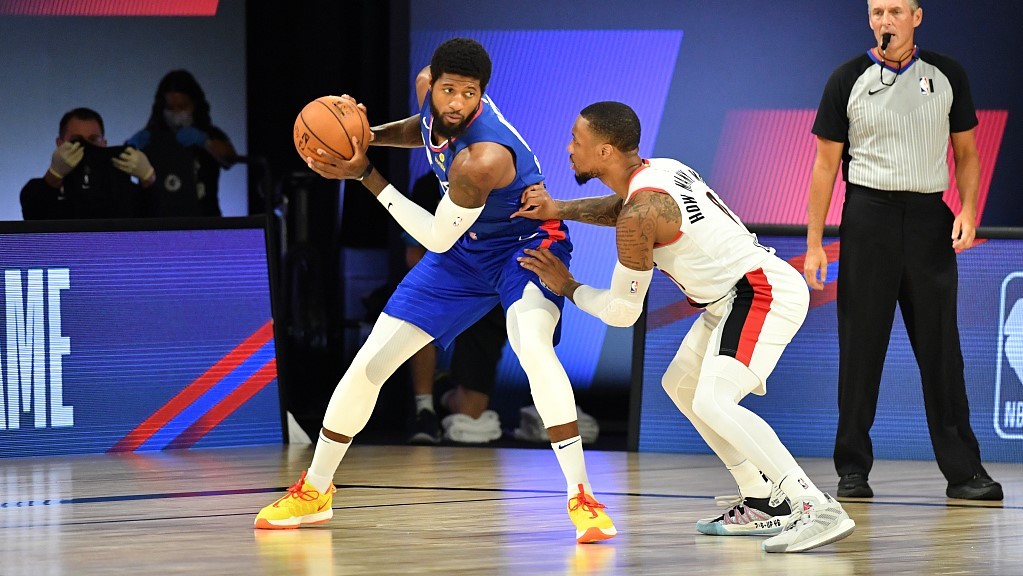 Damian Lillard (R) of the Portland Trail Blazers defends Paul George of the Los Angeles Clippers in the game at the HP Field House at ESPN Wide World of Sports in Orlando, Florida, August 8, 2020.

The LA Clippers edged over the Portland Trail Blazers 122-117. Kawhi Leonard did not play in the game but the Clippers saw six of their players reach double-digit points, led by Paul George who scored 21. Portland relied their offense on C.J. McCollum who sank six triples to score 29 points and nine assists. Carmelo Anthony got 21 points and seven rebounds. Jusuf Nurkic contributed 10 points, 13 rebounds and nine assists.

Damian Lillard struggled with his shooting as he went only 2-10 from the 3-point line and he even missed the two free throws at the end of the game that should be able to help Rip City reverse the situation. Patrick Beverley mocked Lillard at the Clippers' bench. 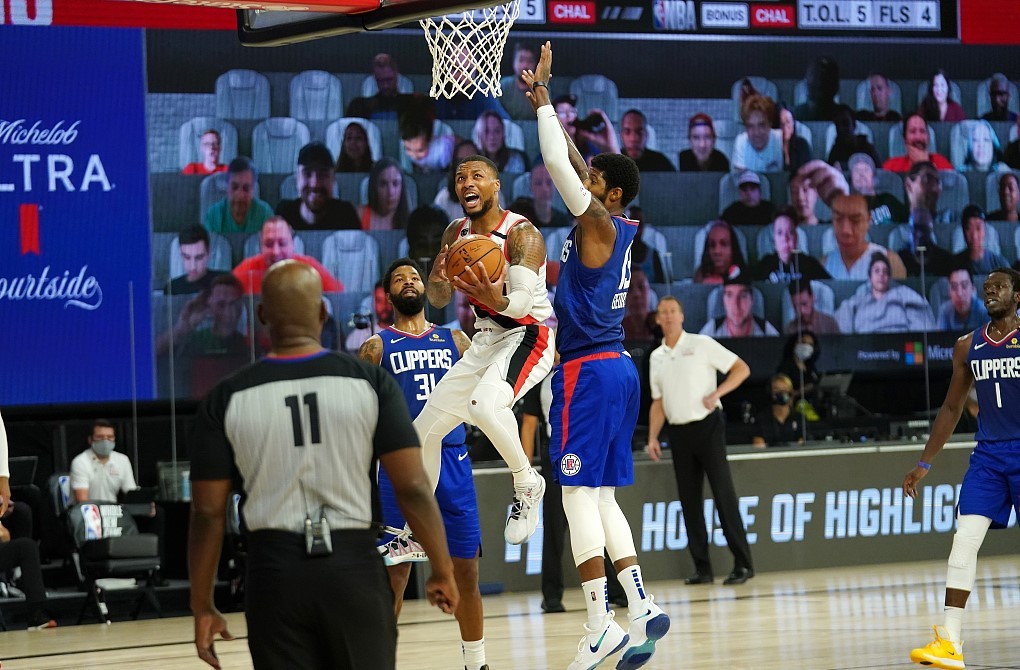 Damian Lillard (C) of the Portland Trial Blazers tries to shoot the ball in the game against the Los Angeles Clippers at the HP Field House, August 8, 2020.

"Asking me about Patrick Beverley, I've sent him home before at the end of a game. Paul George got sent home by me last year in the playoffs. They know. The reason they're reacting like that is because of what they expect from me. It's a sign of respect. It shows what I've done at a high clip more times than not. I'm not offended by it. If anything it should tell you how much it hurt them to go through what I put them through previously," said Lillard in the post-game interview.

George soon responded to Lillard's remarks on Instagram: "And you getting sent home this year, respect" before he heard from Portland's ace again: "keep switching teams … running from the grind. You boys is chumps." 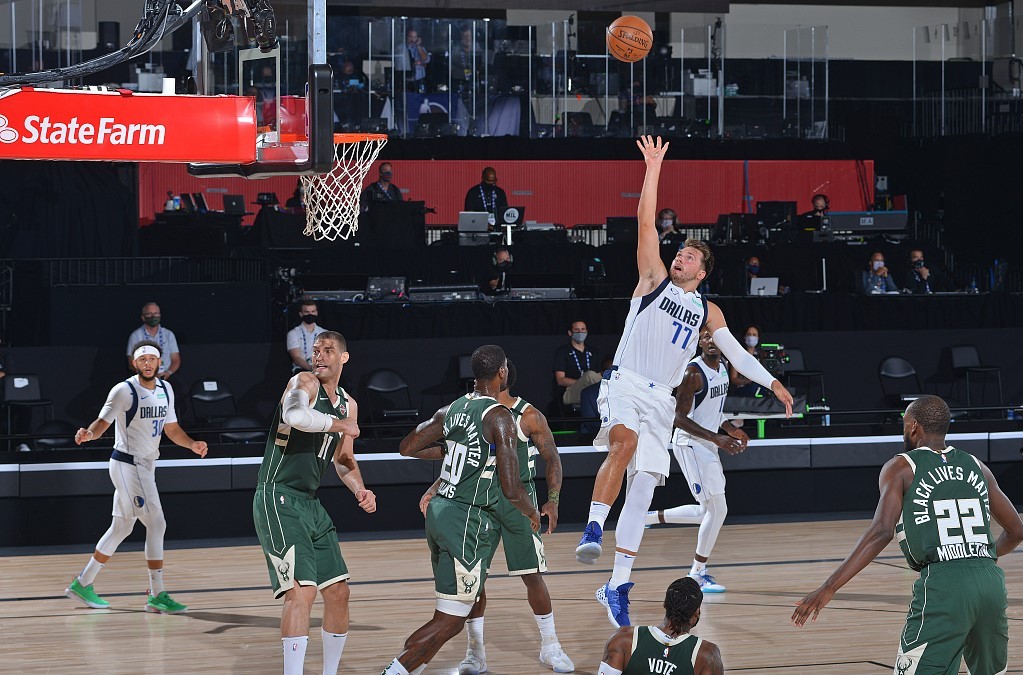 Luka Doncic #77 of the Dallas Mavericks shoots a floater in the game against the Milwaukee Bucks at The Arena at ESPN Wide World Of Sports Complex in Lake Buena Vista, Florida, August 8, 2020.

Another crazy game for Luka Magic

The Milwaukee Bucks and the Dallas Mavericks, the two teams that had nothing to chase in the remainder of the regular season, put up another defenseless contest on Saturday. In the end, Dallas beat the Bucks 136-132 after overtime. 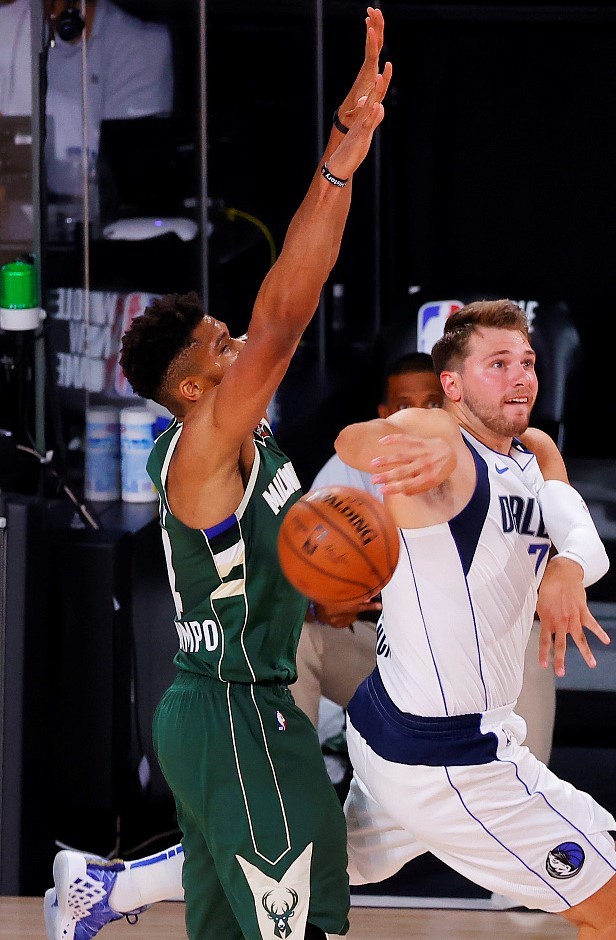 Luka Doncic (R) of the Dallas Mavericks passes the ball against the defense of Giannis Antetokounmpo of the Milwaukee Bucks in the game at The Arena, August 8, 2020.

"He knows where everybody is not only on offense, but defense. That's the sign of a savant-type guy. I've played with Larry Bird, he could see everything like that. I had the privilege of coaching Jason Kidd ... Luka is in that same mold," said Rick Carlisle, head coach of the Mavericks.

"Talented. Really talented. One of the most talented players I've ever played against. He's making the whole team better, and he's going to keep getting better," said Antetokounmpo of Doncic after the game.

Greek Freak and Luka Magic. We may be looking at the next pair of Magic Johnson and Larry Bird.