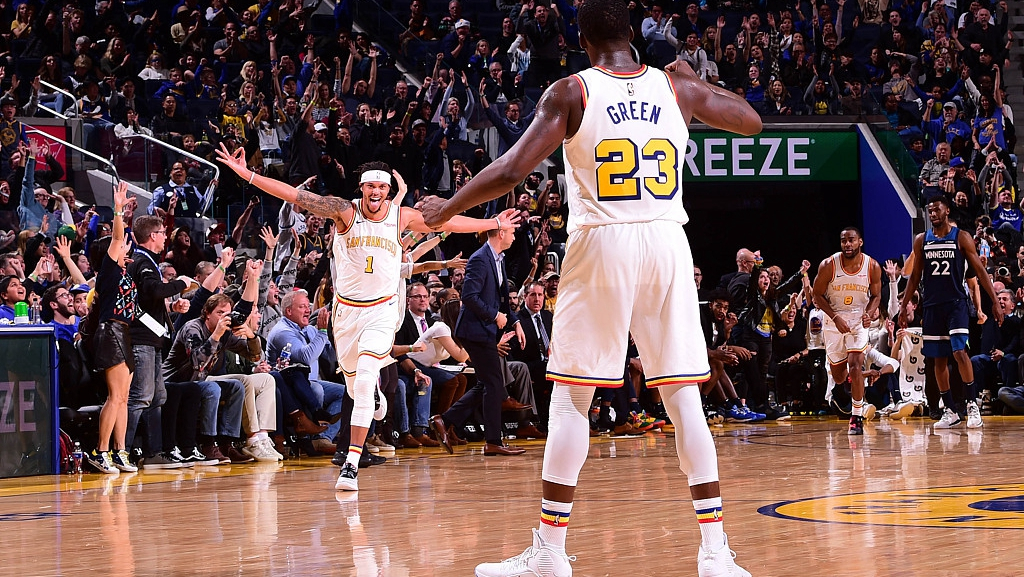 For a team that went to the NBA Finals five straight years and came away with three championships over that stretch, it might not seem like much. But considering where the Golden State Warriors are at, winning consecutive games for the first time this season qualifies as progress.

"I think it's good man, in the way we're winning too," Russell said. "We're growing."

"It feels... amazing," Green said. "I never thought I'd be so excited for two regular-season wins in my life." 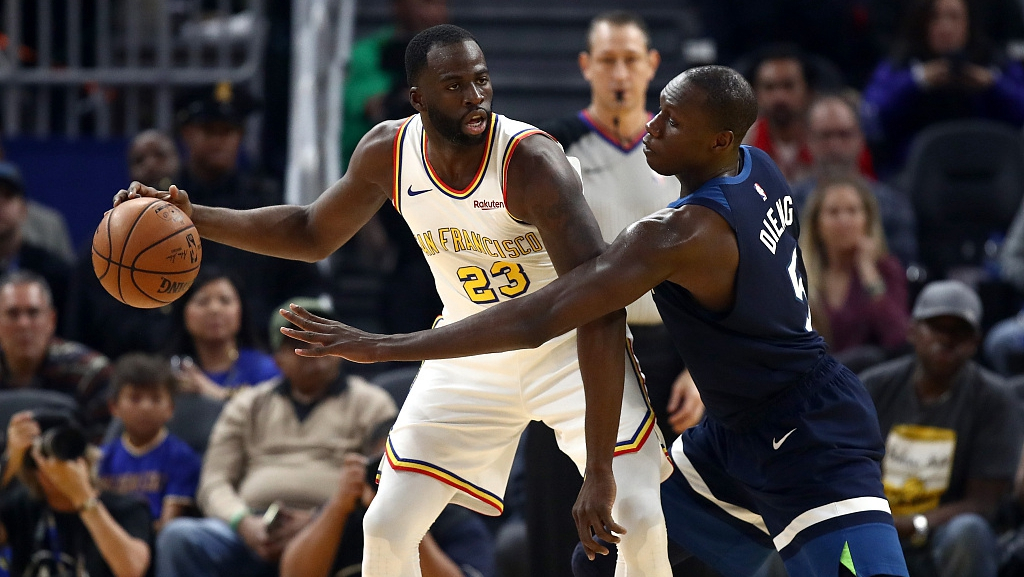 Draymond Green #23 (L) of the Golden State Warriors is guarded by Gorgui Dieng #5 (R) of the Minnesota Timberwolves at Chase Center in San Francisco, California, December 23, 2019.

Andrew Wiggins scored 22 points and Jordan McLaughlin had 19 for the Timberwolves, who dropped their 11th straight.

"Young team or not, we've got to learn lessons in this league, because you've got to go through hard times to get to where you want to be."

The Warriors are playing their best ball ahead of a Christmas home game against the Houston Rockets that will be seen by a national audience.

"We need this regardless of what's coming next," Warriors coach Steve Kerr said. "We just needed to win a couple of games in a row just to get a little momentum and feel good. Christmas is always a special day to play on; you know that everybody's watching. It's got a different vibe, a different feel, and our players will be really excited. It'll be good to go into that game with momentum."

In another game, the New Orleans Pelicans capitalized on Lillard's shooting struggles to beat the Trail Blazers 102-94. 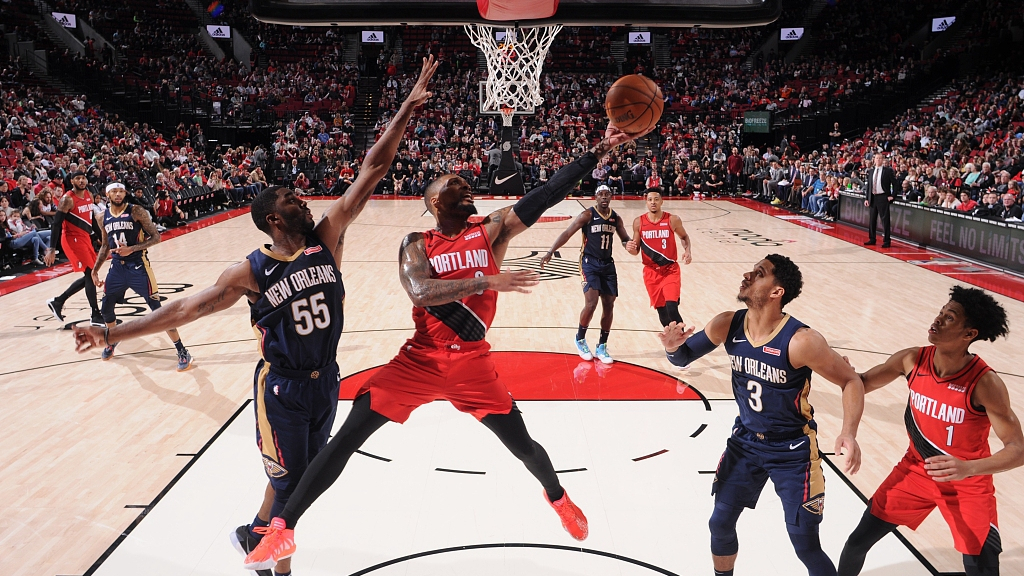 Damian Lillard #0 of the Portland Trail Blazers shoots the ball against the New Orleans Pelicans at the Moda Center in Portland, Oregon, December 23, 2019.

For a Portland team looking to ride a five-game winning streak into Christmas, Monday night was a bad time for Damian Lillard to have one of the worst shooting games of his career.

The Pelicans held Portland to just 48 points in the second half, the lowest mark the Pelicans have surrendered in a half this season, and won for the second time in three games.

"There's a big thing in the NBA about 3s and layups and we try to take away at least one of them," Holiday said. "Tonight they had a lot of paint points but how they shot the 3 was in our favor."

Carmelo Anthony had 23 points and nine rebounds but Portland had its four-game winning streak snapped.

Portland's backcourt duo of Lillard and CJ McCollum was a combined 2 for 20 from the 3-point line. Lillard had an especially tough night, going 0 for 10 beyond the arc, the first time in his career that he's failed to make a 3-pointer while attempting at least nine. His previous low mark was 0 for 8 in his rookie season. 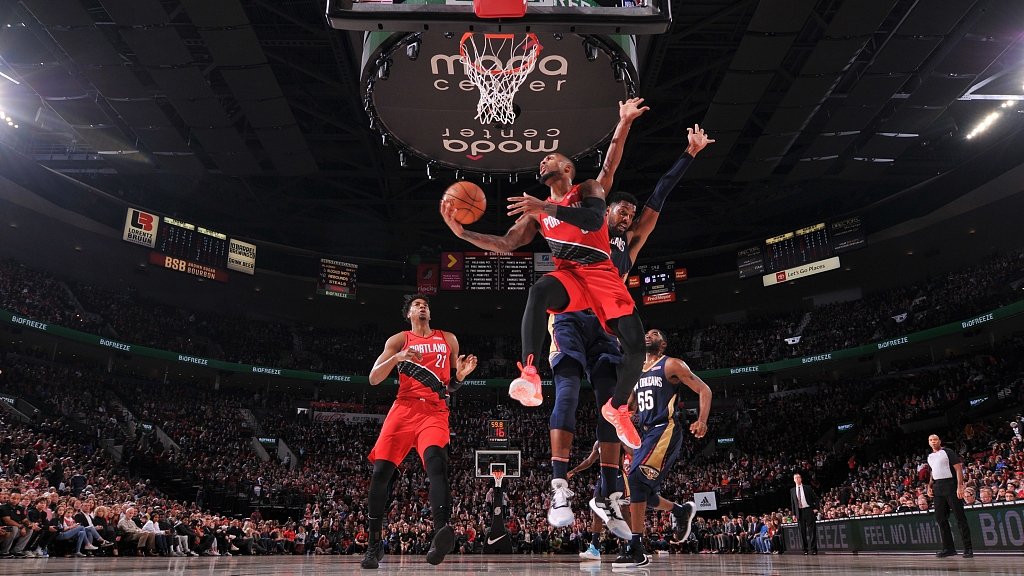 Damian Lillard #0 of the Portland Trail Blazers shoots the ball against the New Orleans Pelicans at the Moda Center in Portland, Oregon, December 23, 2019.

"First time for everything," Lillard said. "Tonight was one of those nights. I've been scoring and shooting the ball well enough in this league while it's not something I'm about to go and stay up over."

Lillard finished 6 of 21. He didn't make a field goal in the fourth quarter until there were 58 seconds left.