SPORTS NBA highlights on Feb. 28: Clippers are complete and they're good

NBA highlights on Feb. 28: Clippers are complete and they're good 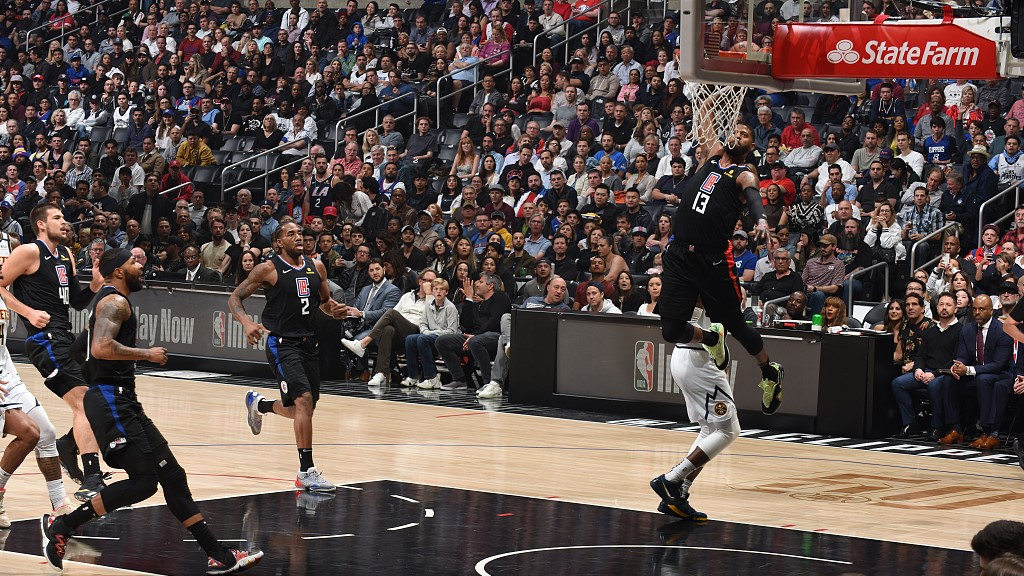 Paul George #13 of the Los Angeles Clippers dunks in the game against the Denver Nuggets at the Staples Center in Los Angeles, California, February 28, 2020. (Photo: VCG)

The big win on Friday helped the Clippers tie the Nuggets in their season record (40-19). What could make their fans even happier was Paul George's great performance. The All-Star forward has not been playing like himself since he joined the team last summer. His 3-point rate fell under 30 percent in the previous four games and he failed to reach even 10 points in two of them.

Fortunately for the Clippers, George announced the return of last season's MVP candidate with three triples made in a row at the Staples Center on Friday. Having played 25 minutes, he was 6-8 from downtown to get 24 points and four rebounds. George's sharp shooting made the Nuggets pay heavily in defense. 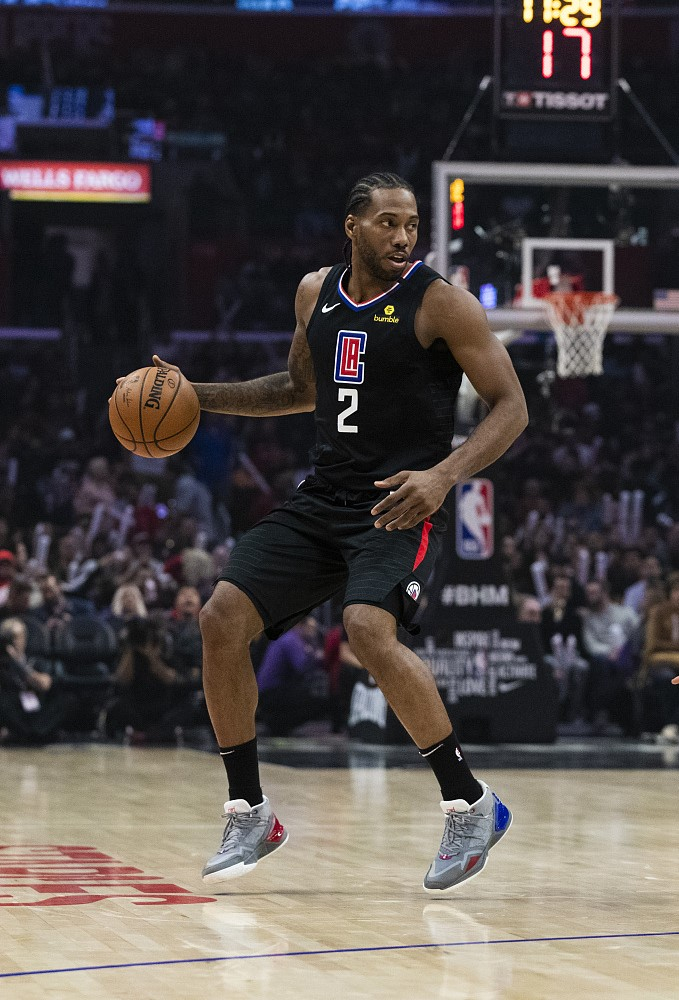 Kawhi Leonard of the Los Angeles Clippers handles the ball in the game against the Denver Nuggets at the Staples Center, February 28, 2020. (Photo: VCG)

As the other franchise player of the Clippers, Kawhi Leonard contributed with more than the 19 points on the stats to the team's offense. He turned on his isolation mode from the beginning of the game, making the Nuggets realize that one-on-one defense could never stop him. When they began to double team him, Leonard kept find open teammates, especially George in the 3-point line. In a way, his five assists were more valuable than the 19 points he scored.

Smart defense also contributed to the Clippers' victory. They managed to separate Denver's duo stars – Nikola Jokic and Jamal Murray – from each other. In the past three games, the two could put down 50+points and 10+assists together. For Jokic, the Clippers stuck to one policy: no help defense and no double teaming. Jokic could score as much as he wanted but there's no way the Clippers would allow him to help his teammates to spur his teammates. Nikola Jokic #15 of the Denver Nuggets tussles with Ivica Zubac #40 of the Los Angeles Clippers in the game at the Staples Center, February 28, 2020. (Photo: VCG)

As a result, Jokic went 9-13 to get team-high 21 points but only delivered two assists – his average assist number this season is 6.8. The whole team of Denver also trailed 35-19 in assists, which showed how their offensive orchestrating was. As for Murray, The Clippers put the best defense on him from the beginning. He was taken care of by Leonard and George in turn. Without the help of Jokic, Murray was totally lost in offense and only scored 11 points. 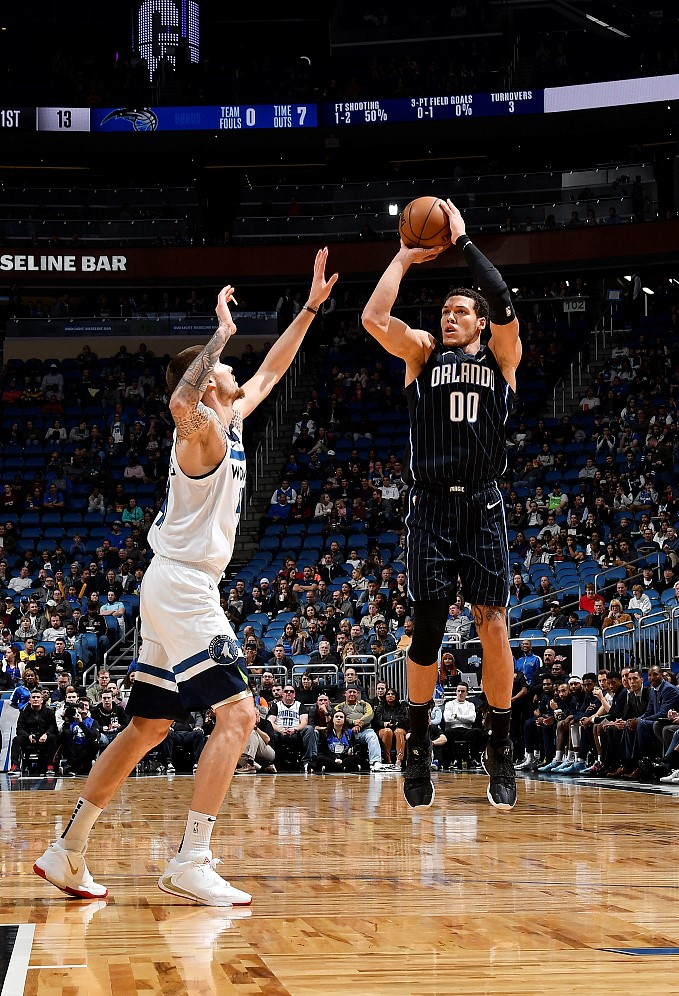 Aaron Gordon #00 of the Orlando Magic shoots the ball in the game against the Minnesota Timberwolves at the Amway Center in Orlando, Florida, February 28, 2020. (Photo: VCG)

The Magic achieved their third straight win at home and they should thank Aaron Gordon who just dropped the first triple-double of 17 points, 11 rebounds and 12 assists. The 24-year-old continued his outstanding performance after the All-Star Weekend. Compared with the awkward 14.5+7.5+3.3 before the All-Star, Gordon averaged 20.7 points, 10.7 rebounds and 5.7 assists per game in the past four games.

It's still hard to tell what exactly happened at the All-Star Slam Dunk Contest that cost Gordon the title because it's one's words against others'. The good side of it was, the failure was stimulating Gordon to become a better player. His work on the court was proving that he can be more than a dunker. 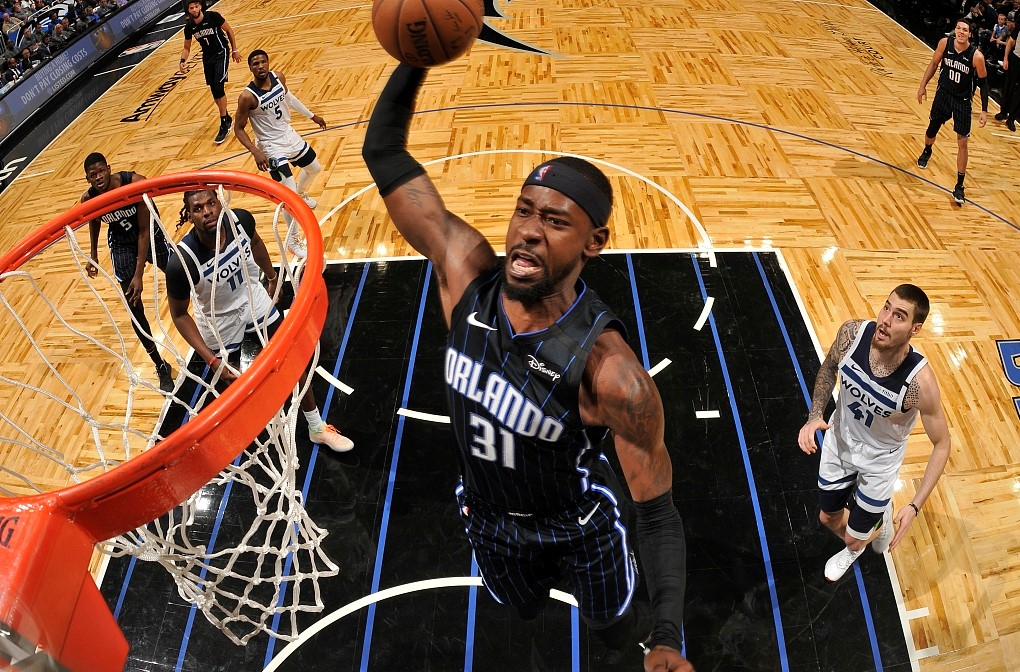 Terrence Ross #31 of the Orlando Magic dunks in the game against the Minnesota Timberwolves at the Amway Center, February 28, 2020. /VCG

The Magic once led by 13 points (61-48) in the second quarter but the Timberwolves launched counterstrike which not only narrowed the score difference down to four points (69-65) in the first half, but also helped the team regain the lead (77-76) in the third quarter

Nonetheless, Orlando soon gave their response. Terrence Ross put down 19 of his 33 points in this quarter. Meanwhile, Nikola Vucevic began to have his way under the rim. Orlando managed to take their leaf back and kept it until the end of the game. 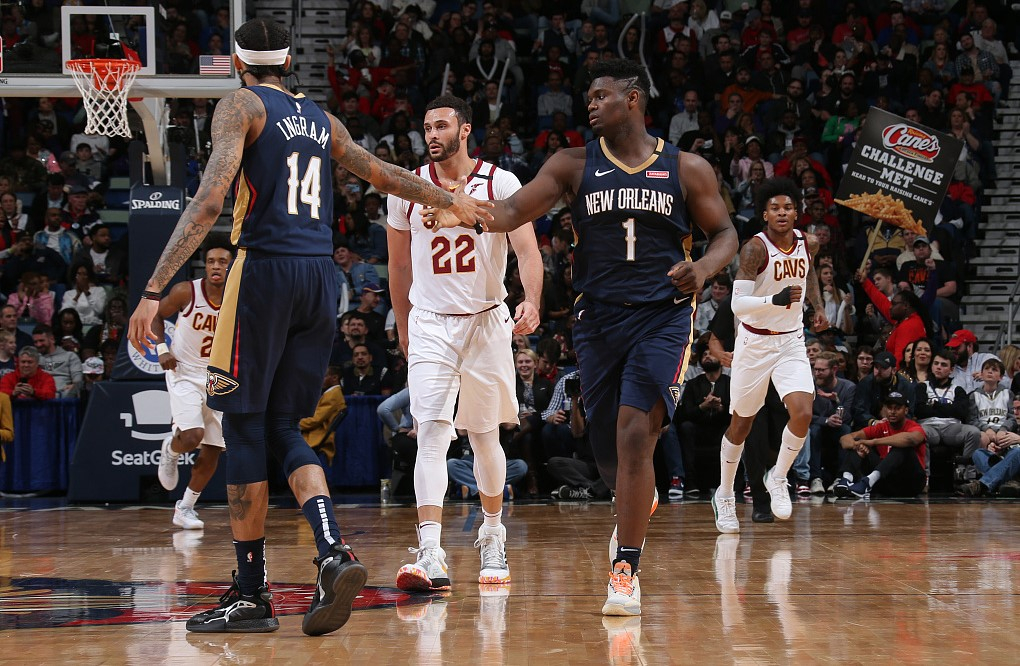 Zion Williamson #1 and Brandon Ingram #14 of the New Orleans Pelicans give each other high-five in the game against the Cleveland Cavaliers at the Smoothie King Center in New Orleans, Louisiana, February 28, 2020. /VCG

Zion Williamson continued his record-breaking trip. Having scored 24 points, three rebounds and two assists at the Smoothie King Center on Friday, Williamson became the first teenager in NBA history to score 20+points in 10 straight games. He's also the fourth rookie who dropped 10 20+point games in a row since 2000 after Blake Griffin, Joel Embiid, and Donovan Mitchell.

What might make Pelicans fans happier was that the other young genius of their team Brandon Ingram also claimed 29 points, six rebounds and seven assists with a high efficiency of 11-19. If the two could continue to make outstanding performance like this together, the Pelicans may actually be hopeful for the playoffs this season. After all they (26-33) are only two games away from No. 8 Memphis Grizzlies (28-31), which have already lost for consecutive games.

Other results on Friday (home teams in bold):