NBA highlights on Feb. 9: Bogdanovic beats the buzzer for Jazz 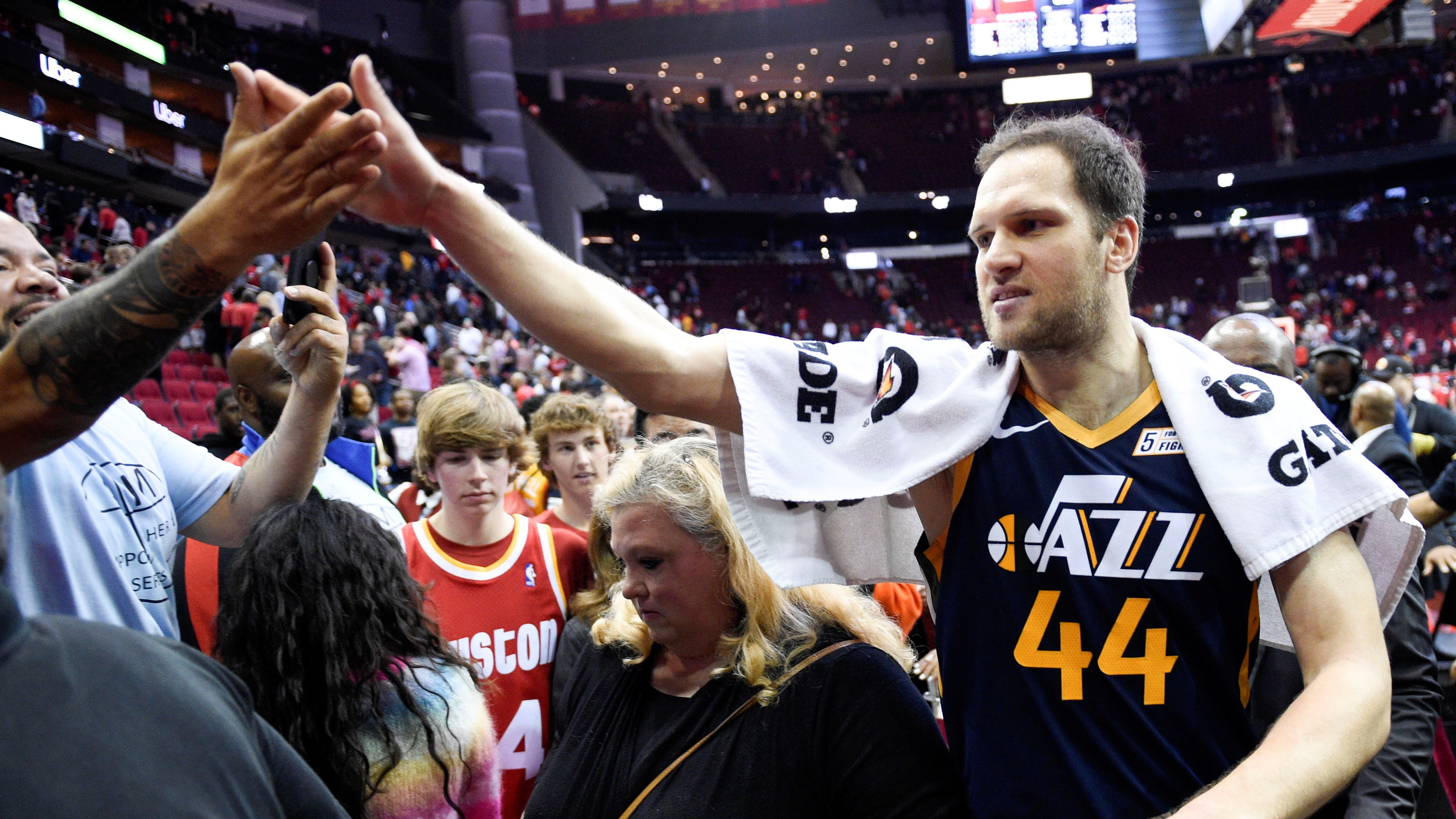 Bojan Bogdanovic #44 of the Utah Jazz, celebrates with fans after the game against the Houston Rockets at the Toyota Center in Houston, Texas, February 9, 2020. (Photos: AP)

Bojan Bogdanovic only made two shots (2-7) at the Toyota Center on Sunday but that was all it took for him to help the Jazz defeat the Rockets via a buzzer-beater from the 3-point line.

In fact, before the Jazz played their last possession of the game, P.J. Tucker just buried a valuable corner three to help the Rockets regain the lead 113-111, leaving only 1.6 seconds left for the Jazz.

Then Utah's head coach Quinn Snyder called timeout, gave his players instructions for their last attack in this game. Bogdanovic came around the screen by Rudy Gobert, received the ball from Joe Ingles, shot in front of Tucker and James Harden, and then "splash," Utah Won. Bojan Bogdanovic, #44 of the Utah Jazz, celebrates with his teammates after the game against the Houston Rockets at the Toyota Center, February 9, 2020.

"It's big-time from their part to have that trust and confidence in me that I would make the last shot after the game that I had. I was, from the beginning of the game, kind of off. But when you have a coaching staff that draws the last play for you, you better go out there with the confidence," said Bogdanovic after the game.

"He's our best shooter. He's a guy who's made big shots in the past for us. We rely on that, and he feels like he's the guy that can do that no matter how he's shooting," said Utah's point guard Mike Conley. Since he came back from injury, Conley has gradually been getting his game back. He went 8-16 on Sunday, including draining two triples to get 20 points and six assists.

Jordan Clarkson made great contributions to Utah's offense off the bench by making 12 of 19 shots to efficiently score 30 points. 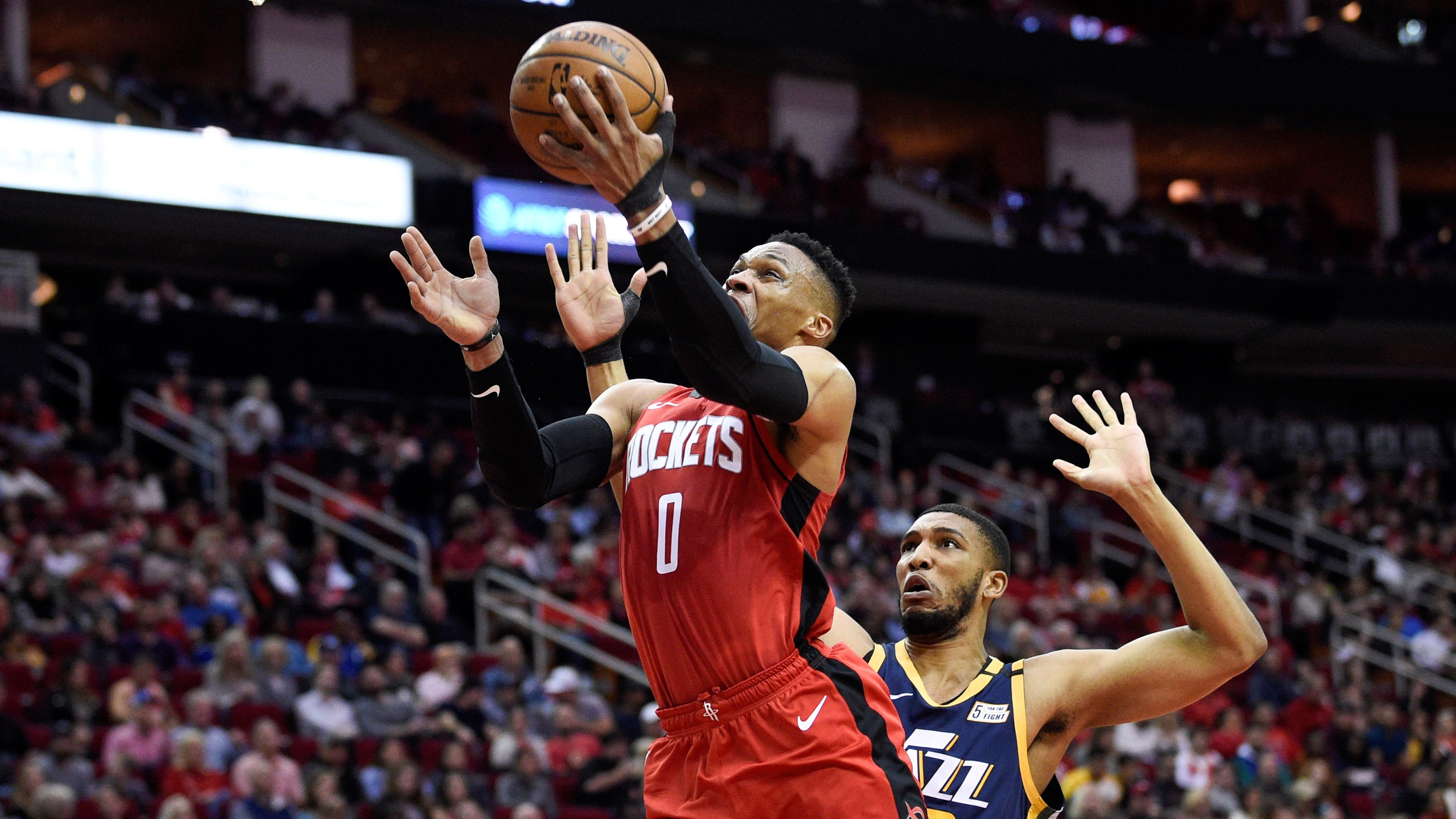 Russell Westbrook, #0 of the Houston Rockets, drives towards the rim in the game against thr Utah Jazz at the Toyota Center, February 9, 2020.

On Houston's side, Robert Covington, the 2.01-meter-tall forward the team acquired to remake their small-ball squad, finished his duty as he buried four 3-pointers in Sunday's game. Nonetheless, compared with the one in 2018, this small-ball squad has one flaw – Russell Westbrook.

Though Westbrook was playing quite well recently – he averaged 35.7 points at a field goal rate of 52.0 percent and even raised his free throw rate to 87.0 in the last 10 games – it did not change the fact that he's the only one of the Rockets' small-ball squad that has no 3-point shooting threat. 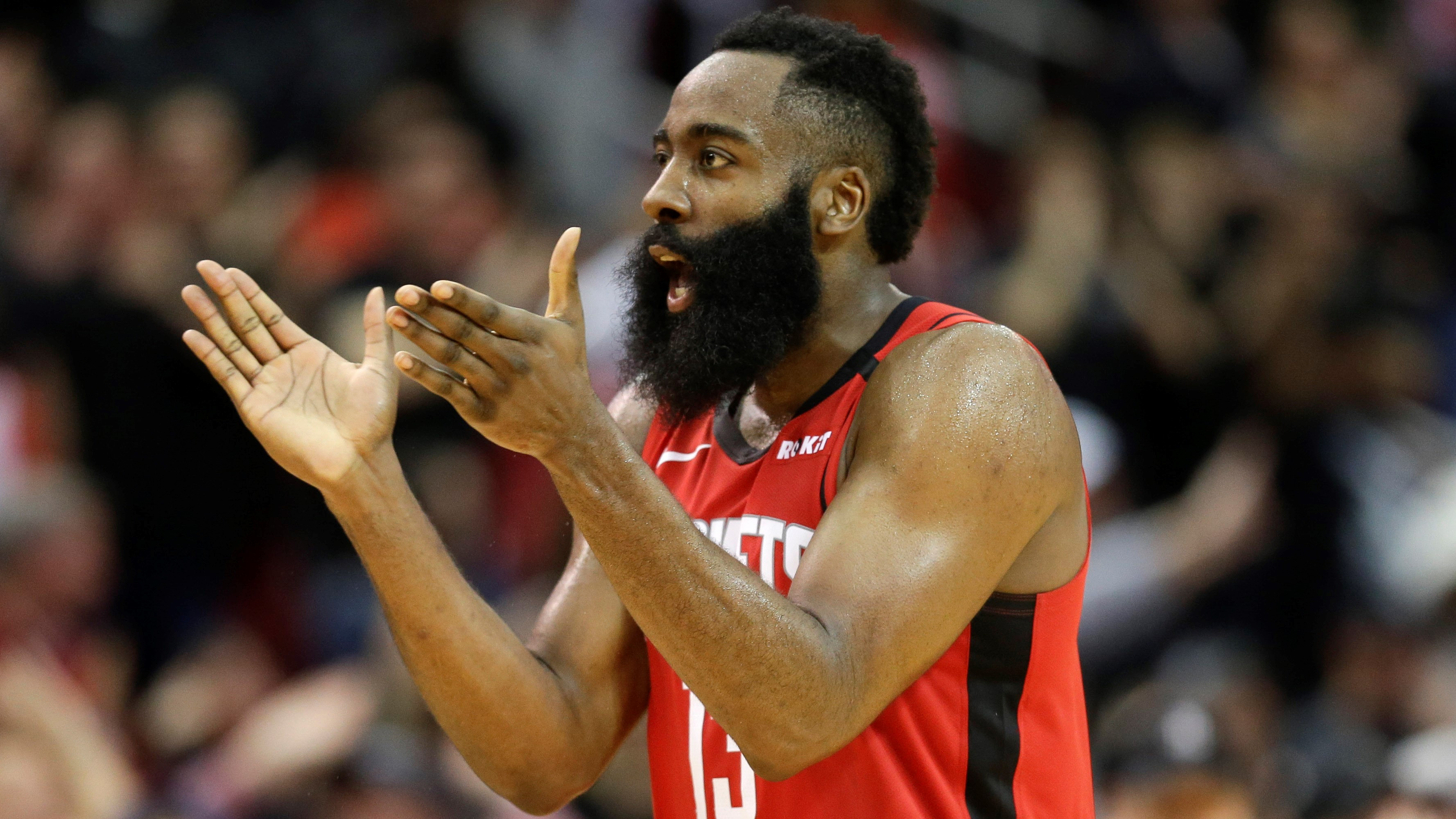 James Harden of the Houston Rockets reacts in the game against the Utah Jazz at the Toyota Center, February 9, 2020.

As a result, just like what happened in the game against the Jazz. Whenever the Rockets were launching half-court offense, Westbrook's defender would either leave him open on the 3-point line and double team James Harden, or, when the defender was Gobert, stay close to the paint so he could protect the rim when Harden broke in.

Though Harden managed to put down a triple-double of 28 points, 10 rebounds and 10 assists in Sunday's game, his individual attack was dampened. However, Houston's oversimplified offensive system needs Harden to score before the team can win and they have very limited space to make any change. 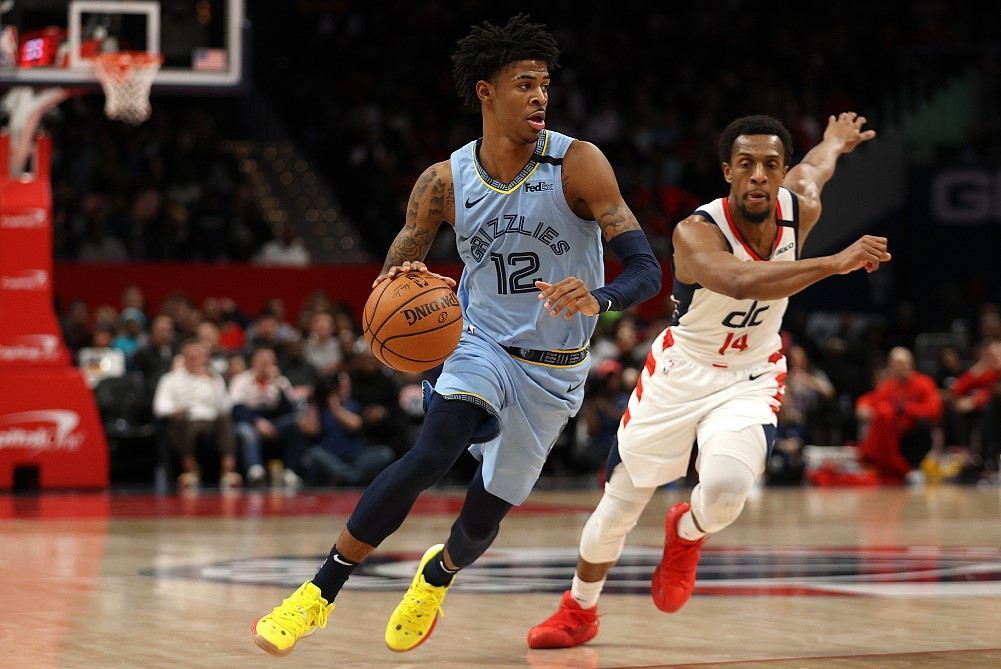 Ja Morant, #12 of the Memphis Grizzlies, handles the ball in the game against the Washington Wizards at the Capital One Arena in Washington D.C., February 8, 2020.

Memphis' first-year guard Ja Morant continued to add his chance of winning the Rookie of the Year award by dropping a triple-double of 27 points, 10 rebounds and 10 assists against Washington at the Capital One Arena. He led the team to overcome a 12-point trail, take a road win and stay top 8 in the West.

This is Morant's first triple-double in his career and he became the second one in Grizzlies history to make such performance in his rookie season since Shareef Abdur-Rahim in 1997.

"I feel like we all here just have a chip on our shoulder. Like I said before, they had us picked to win 26 games this year. That's a chip right there, and we just passed that tonight. But the chip won't leave," said Morant after the game. 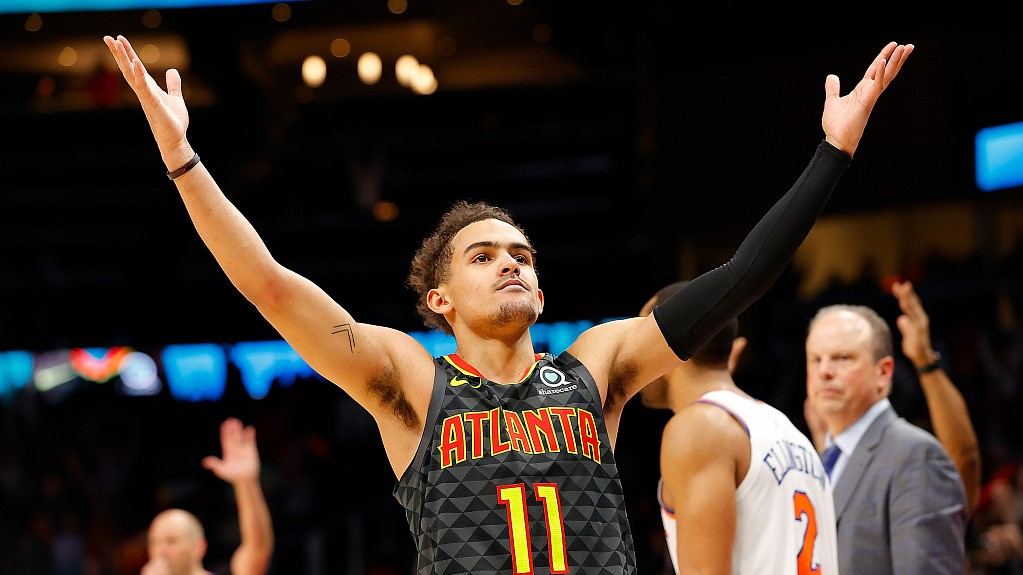 Trae Young, #11 of the Atlanta Hawks, reacts to fan's chanting for him in the game against the New York Knicks at the State Farm Arena in Atlanta, Georgia, February 9, 2020.

The Hawks managed to win Sunday's game at home after two overtimes and the night belonged to their 21-year-old point guard Trae Young who put down 48 points and 13 assists, including 27 points in the two OTs.

After this game, Young became the first NBA player who scored at least 30 points and 10 assists for 20 times before reaching 22 years old. He also had three games in which he got at least 45 points and 10 assists – by contrast, Michael Jordan and Isiah Thomas had two and one such games respectively before they were 22.

Having played fewer than two seasons in the league, Young already has 10 40+point games under his name, the other two who ever did that before turning 22 are LeBron James and Kevin Durant.