NBA players to receive 25% less in paychecks starting May 15 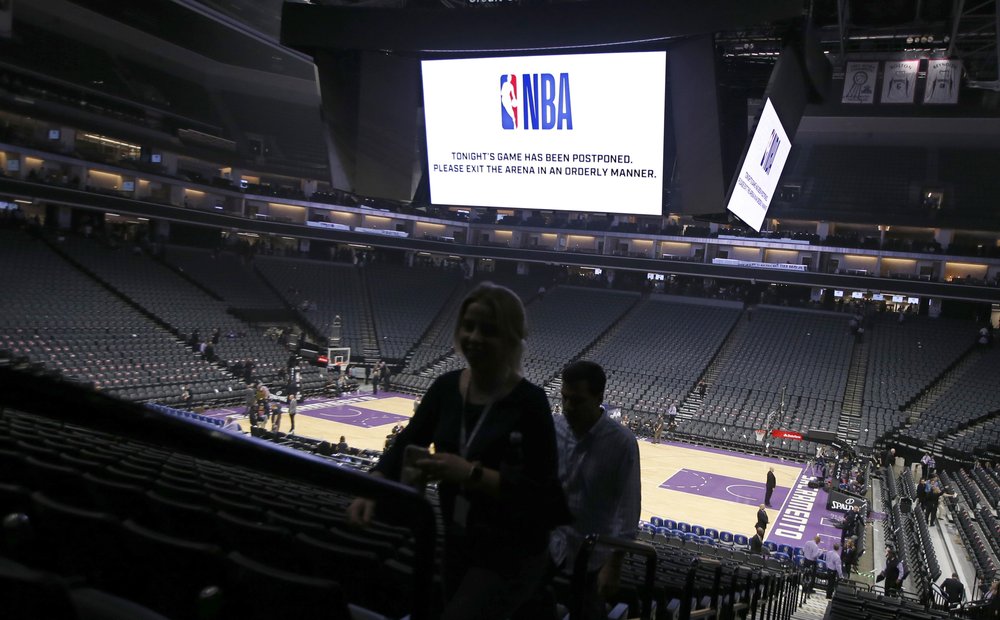 Fans leave the Golden 1 Center after the NBA basketball game between the New Orleans Pelicans and Sacramento Kings was postponed at the last minute in Sacramento, Calif., Wednesday, March 11, 2020. (Photo: AP)

NBA players will see 25% of their paychecks taken out starting May 15, the first direct hit to their salaries because of the coronavirus pandemic.

The decision was finalized Friday in a board of governors meeting and was done in concert with the National Basketball Players Association.

Players will be paid in full on May 1. The cutback in salary has been expected for some time in response to the NBA’s shutdown that started March 11, and has no end in sight. The regular season would have ended Wednesday, and 259 games have yet to be played — but none have been officially called off yet.

“Through this agreement, and in order to provide players with a more gradual salary reduction schedule, partial reductions of 25% will begin with the players’ twice-a-month payment due on May 15,” the NBA said in a news release.

The NBA playoffs would have started Saturday. If none of the 259 outstanding regular season games are played, the league’s players would lose about $800 million in gross salary.

Taking 25% out of checks on May 15 — and, presumably, checks on June 1 and June 15 should play not resume by then — would amount to players across the league missing $40 million in each pay period.

The reduction in pay is in anticipation of what the Collective Bargaining Agreement between the league and its players describes as a “Force Majeure Event” — the legal term for unforeseeable circumstances, such as an epidemic or pandemic. Per the CBA, players could lose 1.08% of their annual salary for each game that is canceled.

By taking some money out now, the hit the players take later if games are canceled would be lessened.