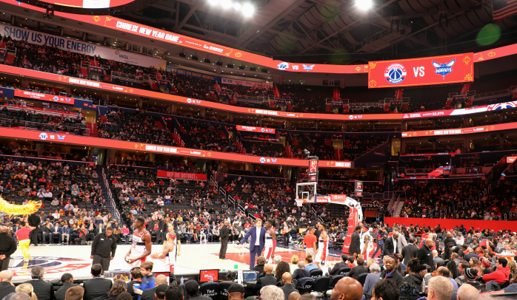 The topic of Thursday night’s game was Chinese New Year. The same day, the Capital One Arena, located in Chinatown, Washington DC, added many Chinese elements.

To celebrate this most important festival in China and also in East Asia and the Asian-American community, the Wizards also gave souvenirs to the crowd, including a red basketball with "Happy Chinese New Year", a Year of the Rat-themed red envelope with the NBA logo. 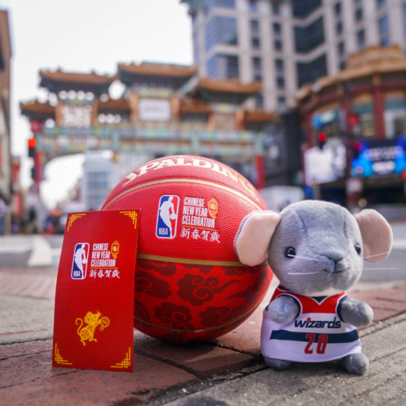 The Wizards have for several years played themed games to celebrate Chinese New Year during the Spring Festival. This also won a lot of Chinese fans.