The NBA is aiming to complete the 2020 season by mid-October, reports said Tuesday, as the league edges towards a return from the coronavirus shutdown. 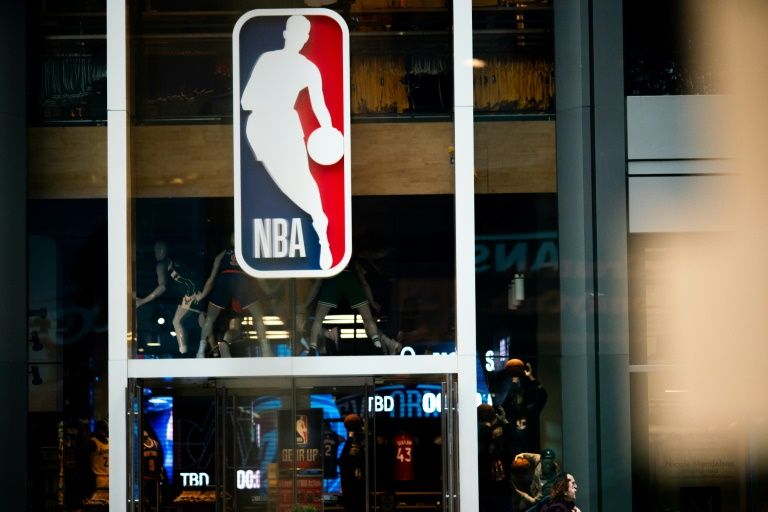 The NBA is aiming to complete its coronavirus-hit 2020 season by October 12. (Photo: AFP)

ESPN reported that according to a timeframe due to be voted on by NBA's Board of Governors on Thursday, Game 7 of the NBA Finals would take place no later than October 12.

The NBA and NBA Players Association are still finalising the details of the resumption of the season, which was halted on March 11 as the coronavirus pandemic erupted.

ESPN reported that the league is planning a 22-team format for its return to play on July 31.

All games are expected to be within the confines of Disney's ESPN Wide World of Sports Complex in Orlando Florida, with all teams remaining on site to minimise risk of COVID-19 outbreaks.

The NBA's proposal to be put before the board on Thursday requires support from three quarters of the league's 30 teams in order to be approved.

ESPN reported there was overwhelming support for the plan being recommended by NBA commissioner Adam Silver.

One of the key issues to be settled is the format of the competition which will determine the final line-up for the 16-team playoffs.

Six teams currently just outside the playoff places will be included in the 22-team field and given the opportunity to claim a playoff berth.

If approved, the format will bring an abrupt end to the season for eight teams languishing outside the top 22.

"The biggest thing we can benefit from is playing basketball," Pierce said. "If the season is going to resume and we are not a part of it, it hurts our growth, it hurts our product, it hurts our ability to continue the momentum that we need going to next season.

"I play young guys, I have young guys - we need to play basketball."

The restart is expected to include a two-week quarantine for players in their home cities, one to two weeks of workouts at team facilities followed by two-week training camps.

The regular season was halted abruptly after Utah Jazz player Rudy Gobert tested positive. Gobert, of France, was given the all-clear about two weeks later.

So far, less than a dozen NBA players have been confirmed as testing positive for the coronavirus although not all have been identified.