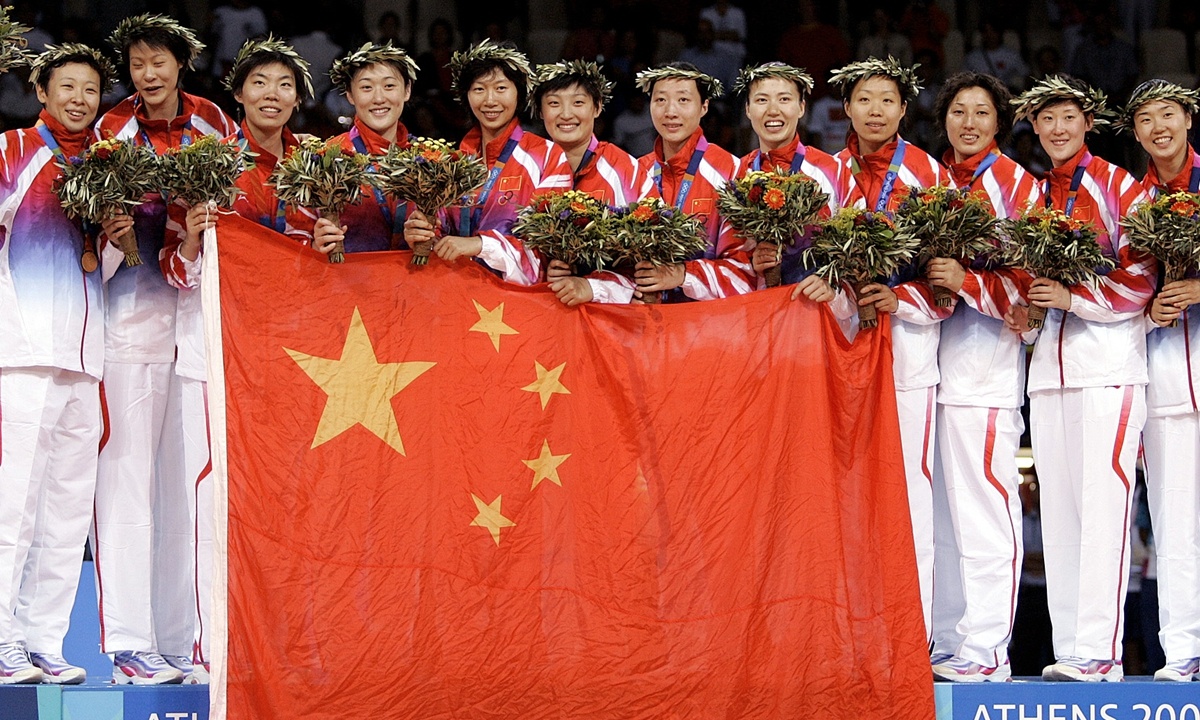 China's women's volleyball team stands on the podium with their gold medals following their win over Russia at the 2004 Olympics Games. (Photo: IC)

This day 39 years ago, Chinese woman's volleyball team beat Japan 3-2 in Osaka to win the first world championship for China with a spotless record of seven games played and seven won.

This memorable event was the first time Chinese athletes won the world championship at a "big ball" (basketball, volleyball or football) competition and marked the start of the "golden age" of Chinese woman's volleyball. The team consecutively won four other laurels - the 1982 and 1986 World Championships, the first gold medal awarded at the 1984 Olympic Games in Los Angeles and the 1985 edition of the FIVB Women's World Cup. These five victories together are considered to be a great achievement in Chinese sports history.

The team has won a total of 10 world championships so far, but behind this glory is a bittersweet rollercoaster that saw the team reach its prime during the 1980s, enter a valley period from 2009 to 2012 and then rise again after 2013. This revitalization of the team saw "Iron Hammer" Lang Ping take charge of coaching duties, and it was during this time that she won her first world championship as the team's head coach. 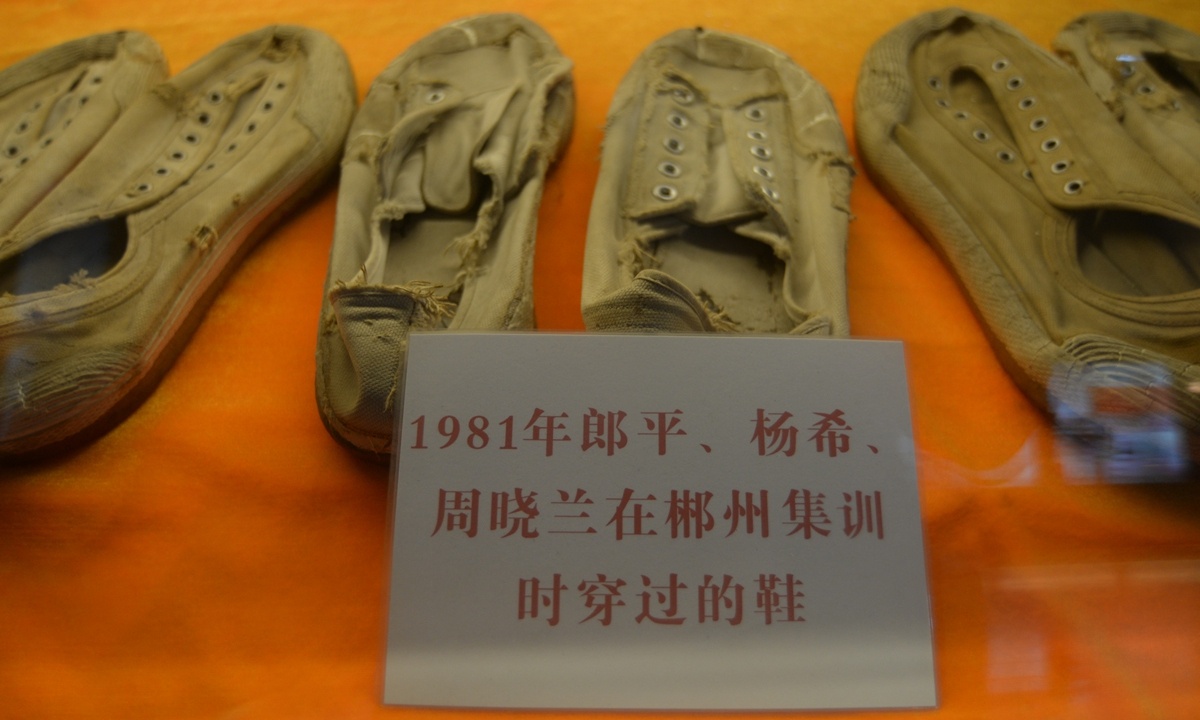 The shoes of volleyball players Lang Ping, Yang Xi and Zhou Xiaolan worn in the year of 1981. (Photo: IC)

Though their first gold medal was won way back in 1981, the much-admired Chinese woman's volleyball team still gets applause and attention. More than 100 million of netizens have celebrated the 39th anniversary of the team's first world championship on China's Twitter-like Sina Weibo. Netizens shared their feelings and posted about their admiration for the spirit of the Chinese women's volleyball team.

"I still get excited and feel deeply touched after watching them in 1981," one netizen commented.

"I recommend the film called Leap, again! The Chinese women's volleyball spirit has modern and new interpretations in the film," they added.

The film also inspired netizens to express their thoughts on Sina Weibo.

"I could hear the guy beside me cry in the cinema," one netizen noted, and "Great sports films always show something more than the sport itself, it reflects a generation," said another.

"Next year will be the 40th anniversary, I can't wait to see it arrive," a netizen posted on Weibo to express the excitement about the upcoming anniversary to mark the Chinese women's volleyball team to win their first world championship.