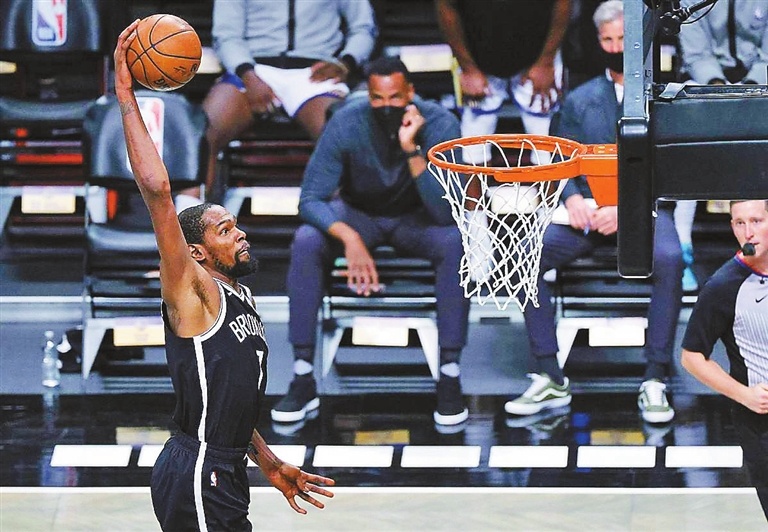 Durant hadn’t played since suffering a devastating torn Achilles tendon playing for the Warriors against Toronto in game five of the championship series on June 10, 2019.

He was still recovering from surgery when he bolted for the Nets as a free agent and sat out all of the pandemic-disrupted 2019-20 campaign.

“It felt good,” Durant said. “I didn’t approach it any different. The pre-season games I kind of felt the same energy, but it’s good to get a win.”

The win also gave two-time NBA MVP Steve Nash a victory in his first game as a head coach.

Canada’s Nash was a surprise pick for the Nets job after five years as player development coordinator for the Warriors.

The contest at Barclays Center in Brooklyn was the first of two on Tuesday.

LeBron James and the Los Angeles Lakers, who wrapped up their 17th title with a victory over the Miami Heat in the NBA Finals little more than two months ago, tipped off later at Staples Center against the Los Angeles Clippers.

It’s the start of a shortened 72-game season - 10 fewer than usual for each team.

With COVID-19 still rampant in the United States, the NBA had yet to fill in the fixtures for the second half of the campaign, allowing flexibility in case of postponements and cancellations.

However, he was hopeful that a vigorous testing program would allow the league to spot those infected in time to separate them from teammates and prevent major outbreaks.

“I wouldn’t be surprised if at some point we have to postpone or reschedule games,” Silver said. “I believe in the protocols we have in place, but I think until we see what the rhythm of the season is, we aren’t going to know how effective it is.”

The Warriors, who struggled last season and weren’t among the teams to resume play in the NBA’s quarantine bubble in Orlando, were playing their first game since March.