SPORTS New cycle: US riders face another year of training for Tokyo

New cycle: US riders face another year of training for Tokyo 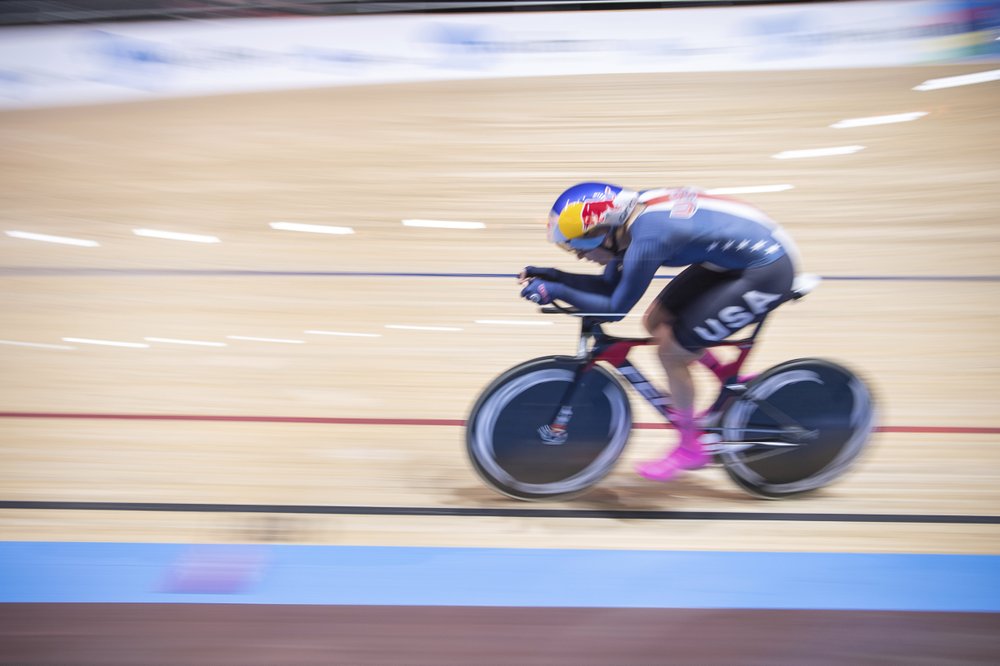 Chloe Dygert of the United States competes during the qualification race during the Cycling World Championship in Berlin, Germany, Saturday, Feb. 29, 2020. (Photo：AP)

The decision to postpone the Tokyo Olympics until next year because of the coronavirus pandemic has left American cyclists with an abundance of mixed feelings.

Relief that a move had been finally made. Disappointment that a lifetime ambition will be delayed. Frustration that months and even years of planning have been thrown in the blender. And still more uncertainty over when the Summer Games will take place, what the qualification criteria will look like and even if they will still be on the US team.

“As tough as the news is to hear when obviously the planning that goes into the four-year cycle of it all, and obviously now we’re only a few months out and on the homestretch of that path, it does stink to hear,” BMX rider and Olympic silver medalist Alise Willoughby said. “But at the same time, the plan doesn’t necessarily change.

“I know there are some athletes that might not be in the same position,” Willoughby continued, “whether it’s physically or financially — hanging on another year could be difficult for some, and the qualifying processes are basically suspended and some have been finished. It’s a mess of uncertainty for a lot of people.”

Not just cyclists, of course, but for swimmers and gymnasts and myriad other athletes for whom the Olympics is the once-every-four-year pinnacle of their sport. But those who ride bikes for a living are somewhat unique in that their schedules are often honed to the day, hour and minute. They adhere to strict diets, meticulously plan training rides, build strength at certain points of the season only to shift their workouts to those that build endurance.

The idea is to peak for a handful of races each year, whether that’s the Tour de France for a men’s road cyclist or the world championships for a track cyclist. It’s nearly impossible to maintain that finely tuned level of fitness beyond a few weeks, much less an entire year, which is when the Olympics are expected to finally begin.

“It’s still an unknown. We don’t know how long this is going to last, what races will still be in play, what races are canceled,” said Chloe Dygert, a gold medal favorite in the women’s team pursuit on the track and the time trial on the road. “The goal is still the Olympics, so even if we just take this year and focus on this year, and training for next year, that’s what we are going to do. I’m still training. Just kind of winter training, a little blockwork.”

Off-season training, in other words — even if it’s an “off-season” that nobody has ever experienced.

Riders like Post and Dygert are fortunate, though. Both have won the world championship and Olympic medals, and they have accomplished enough that they have big-time sponsors behind them. They have the ability to spend the next few weeks and months on training without having to worry about landing their next paychecks.

But many other cyclists have part- and even full-time jobs off the bike. For them, there are the very real fears of furloughs and layoffs that are affecting Americans in all walks of life. USA Cycling is trying to offer as much support as possible, but even the national governing body is feeling the pinch as the pandemic rages.

Without races and recreational rides that are on indefinite hiatus, the organization doesn’t take in its usual revenue. That, in turn, affects day-to-day operations, including USA Cycling’s support for elite riders.

“We’re operating under the assumption that racing will remain canceled through April, May, and June. We’re planning for the worst and hopefully, it either is or is less than that,” chief executive Rob DeMartini said. “As it relates to the athletes, we had a 2-hour conversation on how to make this team stronger, to show up in Tokyo next spring, next summer, with a team that does better than the team would have this year. Nine to 12 months is a chance to get better.”

That is how the vast majority of American riders are approaching this forced break.

Until tracks reopen and quarantines are lifted, Willoughby continues to work out in her home gym in Southern California with her husband, Australian BMX standout Sam Willoughyby. Dygert continues to take long training rides around her base in Boise, Idaho, under the watchful eye of three-time Olympic gold medalist Kristin Armstrong.

Mountain bike World Cup champion Kate Courtney, another gold medal-favorite, is riding outside whenever the weather cooperates, all the while watching the news and waiting to hear when the Olympics will begin.

“It’s a really tough time to be an athlete targeting the Olympics,” Courtney said. “But that’s just one example of the kind of loss and heartbreak happening right now, and I know there are so many stories of people experiencing that in all different ways, losing jobs or losing loved ones.

“I just hope we can get the Summer Games back on the calendar, and when that does happen, it will be a source of hope and inspiration for everyone.”