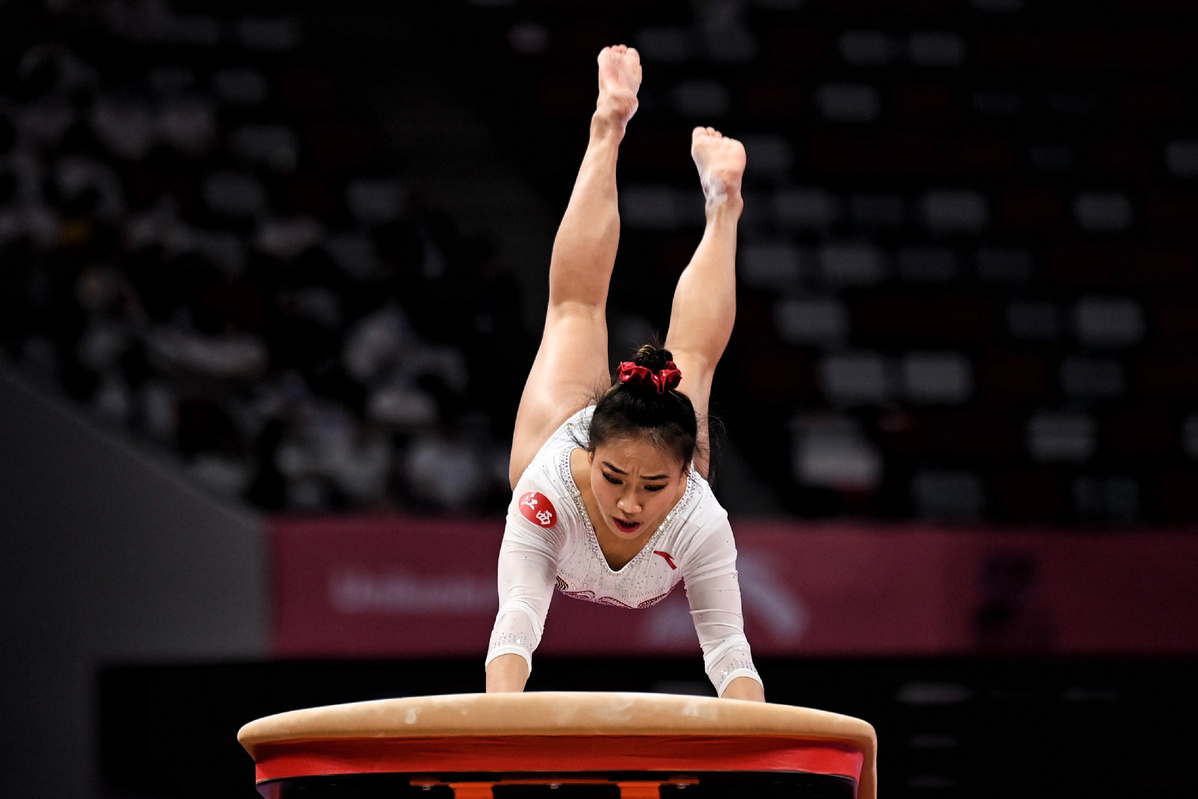 Deng Yalan, 22, won her first national gold at the 2021 Chinese National Gymnastic Championships by scoring 14.599 points in the women's vault.

"I've stood on the podium many times since 2013, but never stood on the top before," said Deng, who complained that her joy was dampened because her arch-rival Qi Qi from Beijing withdrew from the final due to injuries.

Deng left the sport for a while due to pains and adolescent rebellions. She attributed her comeback to her coach Cai Feida and team doctor Hu Yu.

Liu Jinru from Henan won silver with 14.349 points and Yu Linmin from Fujian took bronze with 14.250.

Zhang Boheng, 21, also pocketed his first Championships gold in the men's floor exercise, scoring 14.800. He called it "a great start" for his career.

World champion Lin Chaopan lightly tore his left thigh during the men's all-around final two days ago. He and an off-form Xiao Ruoteng didn't feature on the podium as expected. Chen Feng from Hubei and Mu Jile from Shandong won silver and bronze respectively.

The six-day 2021 Championships will conclude on Sunday. According to the recent Tokyo Olympic Games qualification system published by the Chinese Gymnastics Association, the championships will be the first qualification event, with two more trials to be held for both men's and women's teams in June and July.