SPORTS Next year's Olympics will be cancelled if pandemic not over 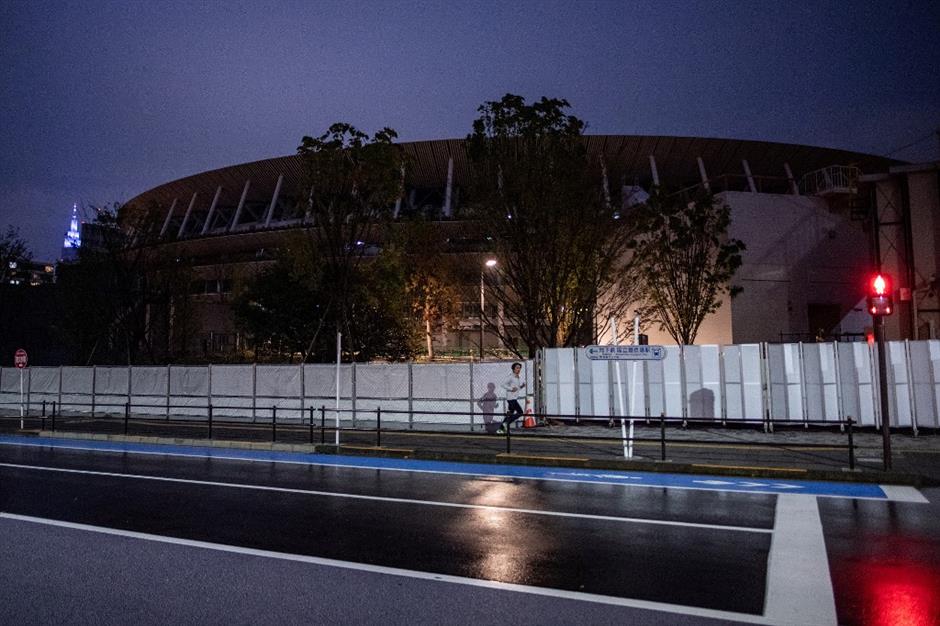 A man runs in front of the construction site of the National Stadium, a venue for the Tokyo 2020 Olympics, in Tokyo on April 20, 2020. A Japanese expert who has criticised the country's response to the coronavirus warned on April 20 that he is "pessimistic" that the postponed Olympics can be held even in 2021.

The postponed Tokyo 2020 Olympics will be cancelled if the coronavirus pandemic isn't brought under control by next year, the organizing committee's president said in comments published Tuesday.

The pandemic has already forced a year-long delay of the Games, which are now scheduled to open on July 23, 2021, but Tokyo 2020 president Yoshiro Mori said no further postponement was possible.

"In that case, it's cancelled," Mori said.

Mori said the Games had been cancelled previously only during wartime and compared the battle against coronavirus to "fighting an invisible enemy".

If the virus is successfully contained, "we'll hold the Olympics in peace next summer", he added. "Mankind is betting on it."

Under heavy pressure from athletes and sports associations, Japanese organizers and the International Olympic Committee agreed in March to a year-long postponement of the Games.

Organizers and Japanese officials have said the delayed Olympics will be a chance to showcase the world's triumph over the coronavirus, but questions have arisen about whether even a year's postponement is sufficient.

On Tuesday, the head of Japan Medical Association warned it would be "exceedingly difficult" to hold the Games next year if a vaccine had not been found.

"I would not say that they should not be held, but it would be exceedingly difficult," Yoshitake Yokokura told reporters at a briefing.

And last week a Japanese medical expert who has criticised the country's response to the coronavirus warned that he was "very pessimistic" that the postponed Olympics can be held in 2021.