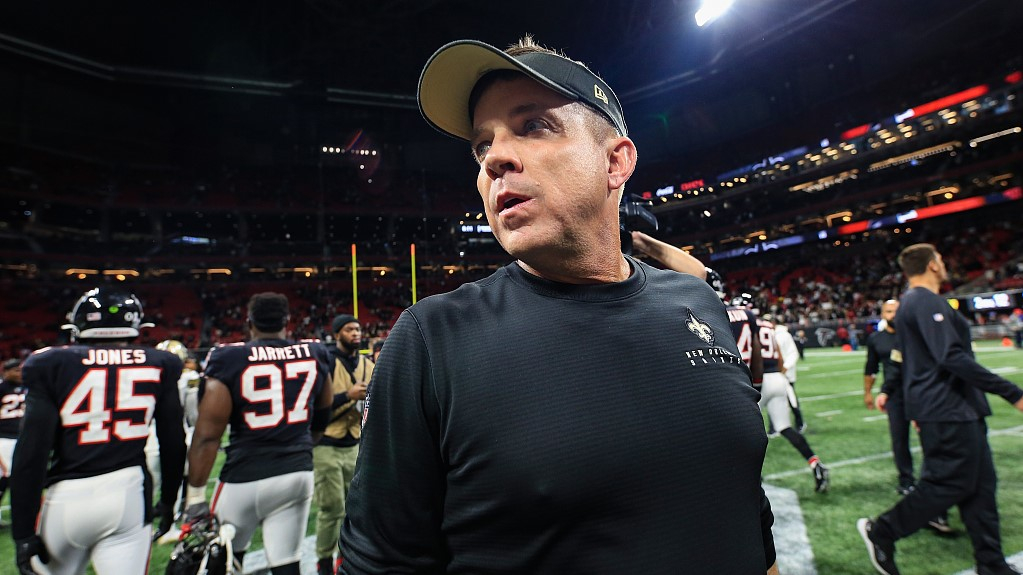 Sean Payton, head coach of the New Orleans Saints, after the game against the Atlanta Falcons at Mercedes-Benz Stadium in Atlanta, Georgia, November 28, 2019. (Photo: VCG)

The NFL seemed to be least-affected league by the COVID-19 compared with the NBA, the NHL and the MLB, Americans' favorite sport to escape the disease. But the league has reported its first confirmed case after Sean Payton, the head coach of the New Orleans Saints, told ESPN on Thursday that he has tested positive for the virus.

Payton, 56, said he began to feel ill on March 15 and tested himself the following day but did not receive the results until Thursday. He did not show any symptoms and has been quarantined at home since then.

"Appreciate the well wishes. I'm feeling better and fortunate to not have any of the respiratory symptoms. 4 more days at home.#BEATCovid" posted Payton on Twitter. 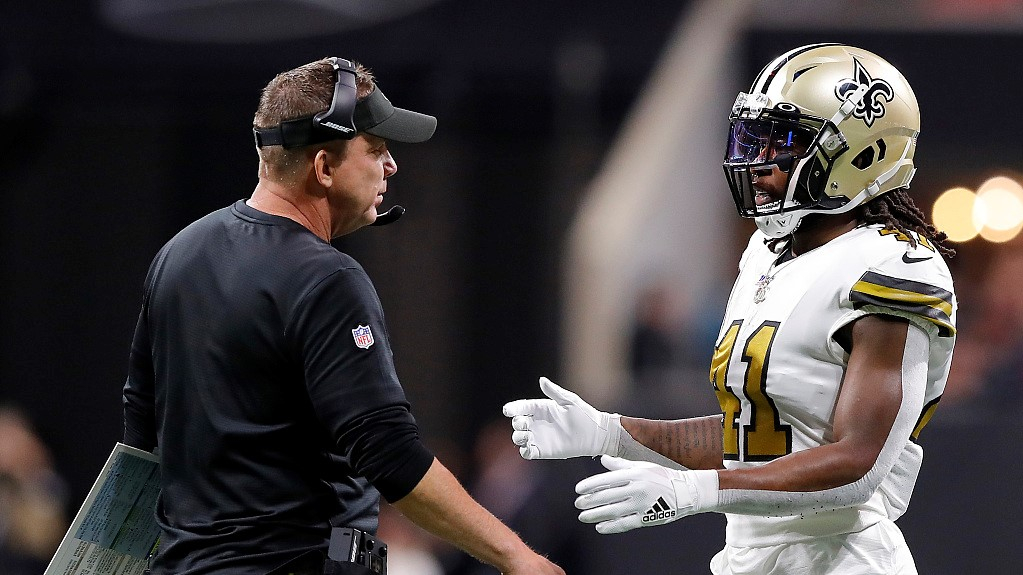 Sean Payton (L) talks to his running back Alvin Kamara in the game against the Atlanta Falcons at Mercedes-Benz Stadium, November 28, 2019. (Photo: VCG)

The Saints coach said he chose to reveal his positive test result because he wanted to be responsible for his own behavior.

"This is not just about social distancing. It's shutting down here for a week to two weeks. If people understand the curve, and understand the bump, we can easily work together as a country to reduce it. Take a minute to understand what the experts are saying. It's not complicated to do what they're asking of us. Just that type of small investment by every one of us will have a dramatic impact," Payton told ESPN.

The Saints' players and staff have not met collectively since last week and most are already working from home, according to ESPN.

"He (Payton) did the right thing by seeking medical attention and we wish him a speedy recovery," said the NFL Commissioner Roger Goodell, who added that the league's primary concern is Payton's "health and well-being." 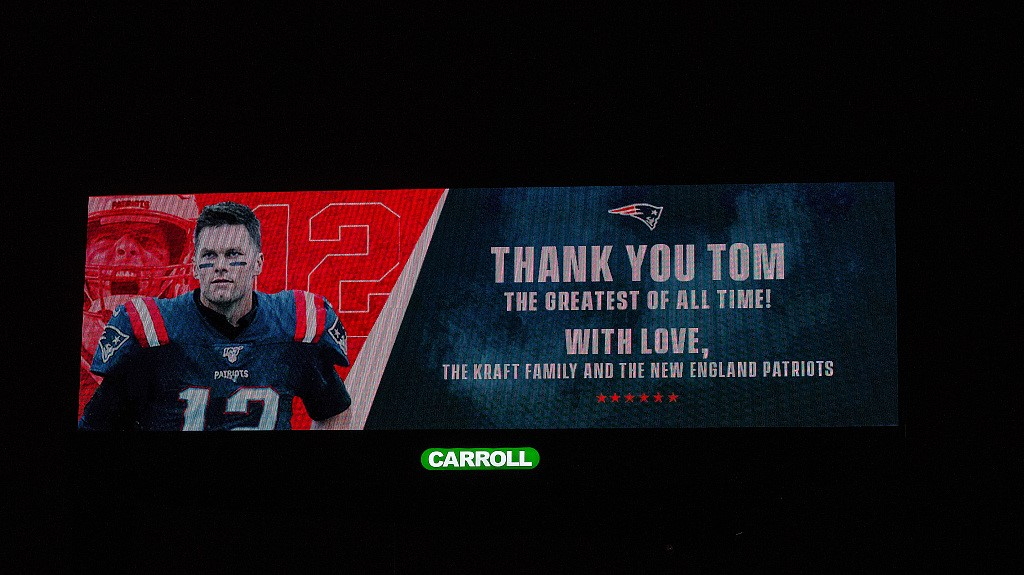 The New England Patriots makes a billboard to say goodbye to their legend Tom Brady who reportedly leaves for the Tampa Bay Buccaneers. (Photo: VCG)

The NFL free agent and trade market has been quite active recently as many new contracts are being signed. Nonetheless, due to the spread of the virus, players cannot report the teams even if they need to sign contracts. In order to reduce the risk on the employer side, teams chose to add new clauses to deals.

"Clubs are permitted to expressly condition a free agent's eligibility to receive and retain bonuses or an injury guarantee upon the player being given and passing a physical examination by the club's medical doctor when travel restrictions are lifted," according to a league official.

This is quite a hard line and it remains unknown how many teams already drew it. The specific items should be negotiable between teams and players but ESPN also pointed out that "the NFL and NFL Players Association should create standard contract language fairly addressing the issue for both parties."