SPORTS NFL VP reaches out to prospects about draft participation

NFL VP reaches out to prospects about draft participation 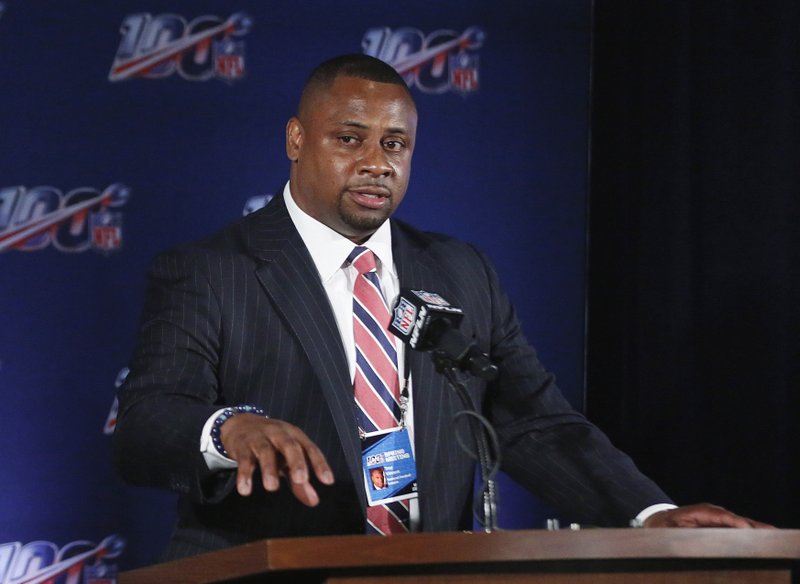 In this May 22, 2019, file photo, NFL vice president Troy Vincent speaks to the media during an owners meetings in Key Biscayne, Fla. (Photo: AP)

NFL vice president Troy Vincent has sent a letter to several prospects inviting them to participate “live” in the NFL draft in three weeks.

The Associated Press on Tuesday obtained the letter sent by the league’s football operations chief to prospective early selections in the draft, which will be held remotely on April 23-25 due to the coronavirus pandemic.

“We hope that you will start your NFL journey with us as part of the NFL family,” Vincent wrote. “At this time, we are working on the plan for draft. As you can imagine, it is a bit of a moving target with all that is going on.

“We are contemplating several options that we will be communicating to you once details are confirmed. We want to ensure that you and your family stay safe while we develop the best way to give you a great experience and highlight your accomplishments as you are drafted into the NFL.”

Vincent asked the players not to publicize the invitation.

In recent drafts, first-round selections were announced by Commissioner Roger Goodell. Then followed hugs involving players and Goodell — some of them comical — and photo sessions with the players wearing team ball caps or even showing off team jerseys. Often their families and friends would get involved in the celebrations.

This year, with all public events at the planned site of Las Vegas canceled and the draft set to proceed remotely, players will likely be at their homes when their names are called.